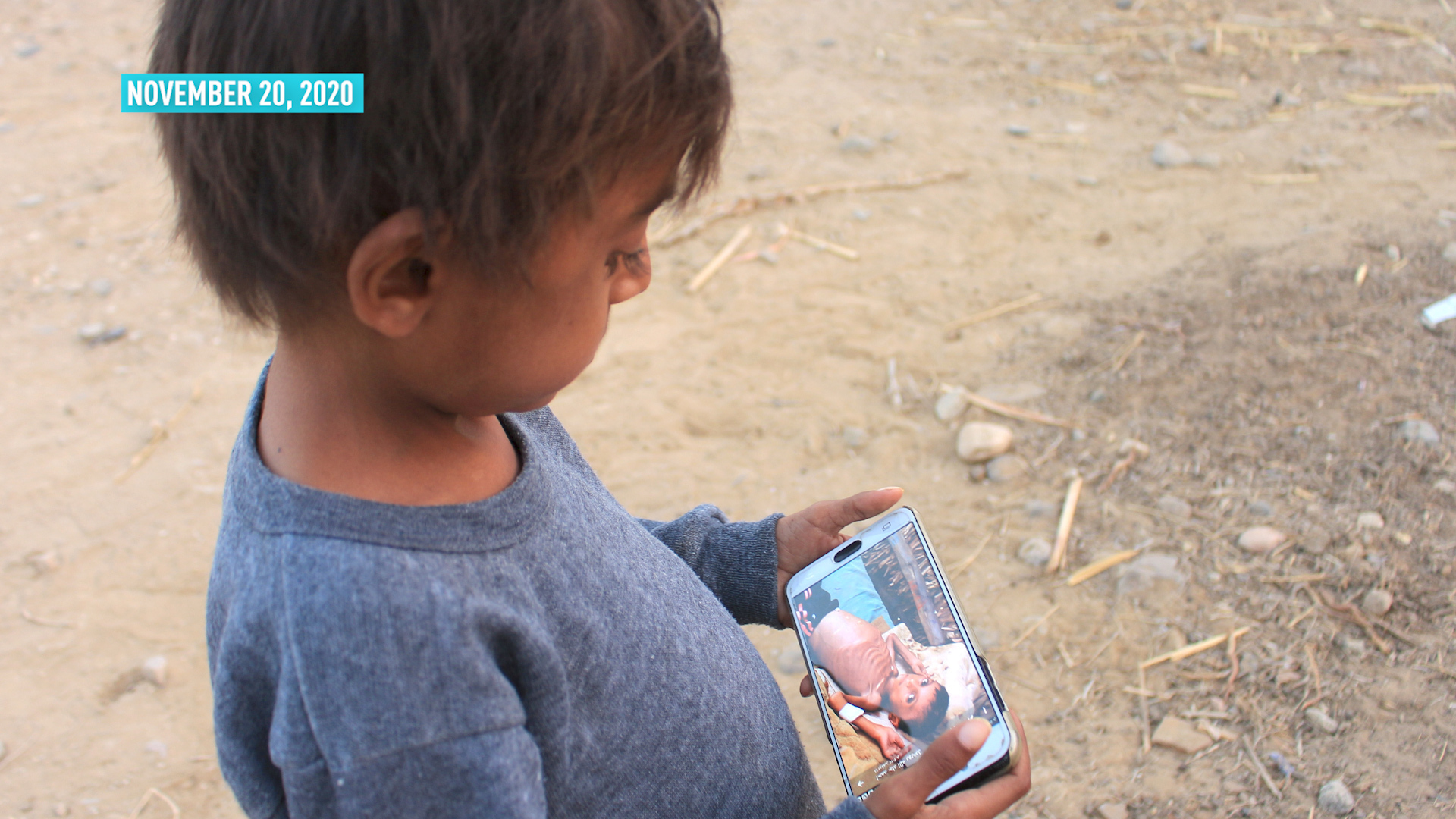 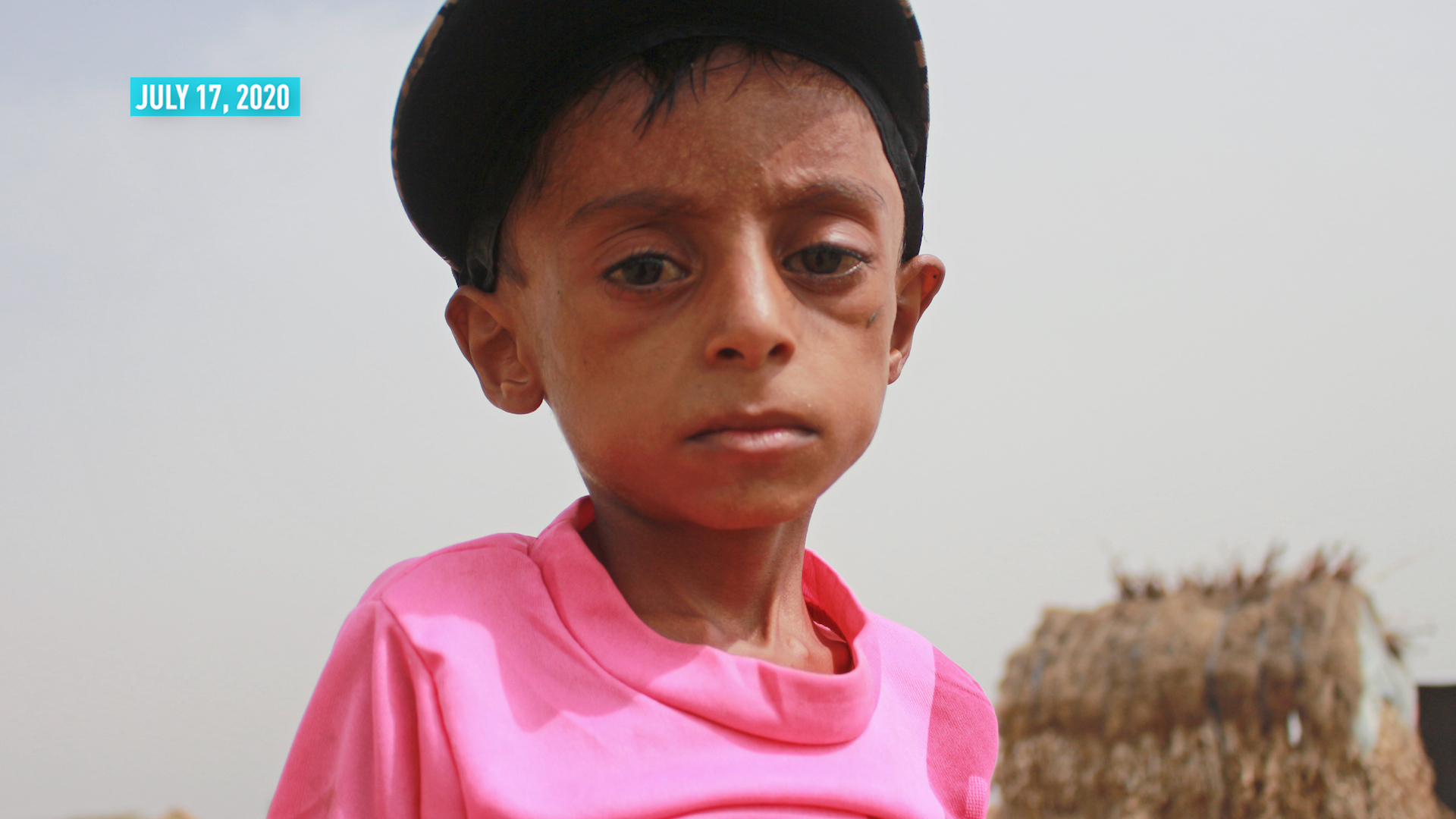 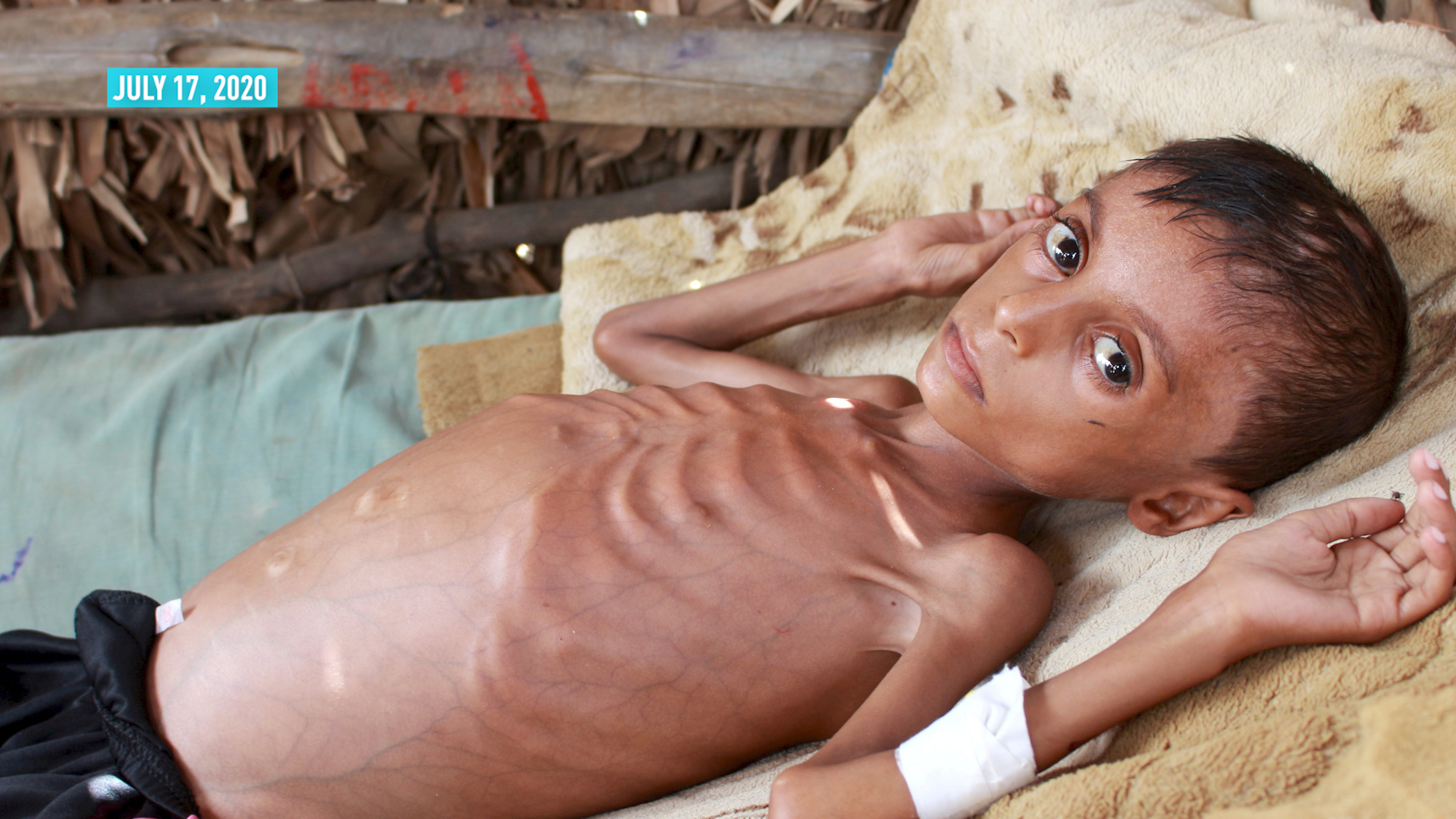 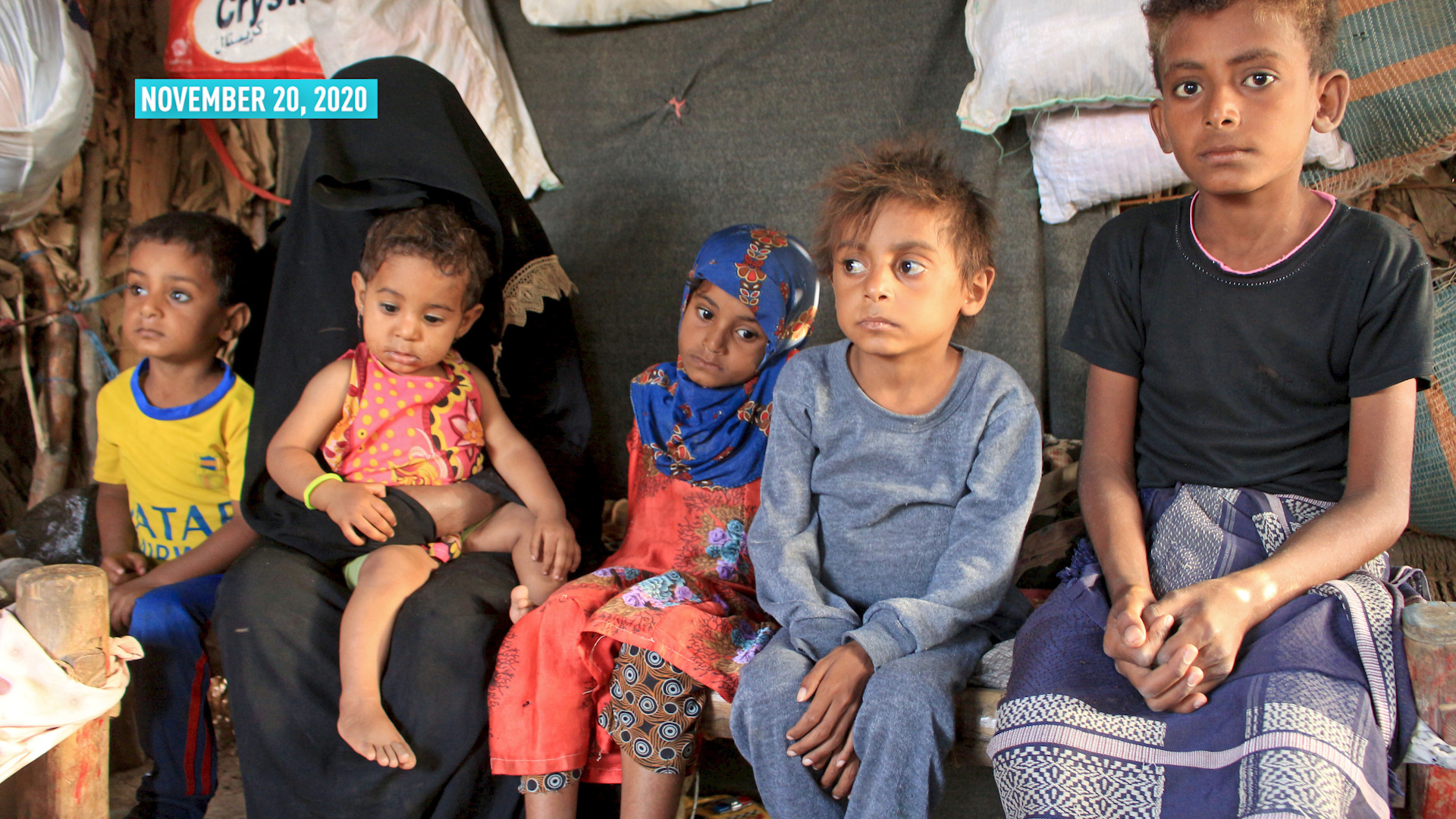 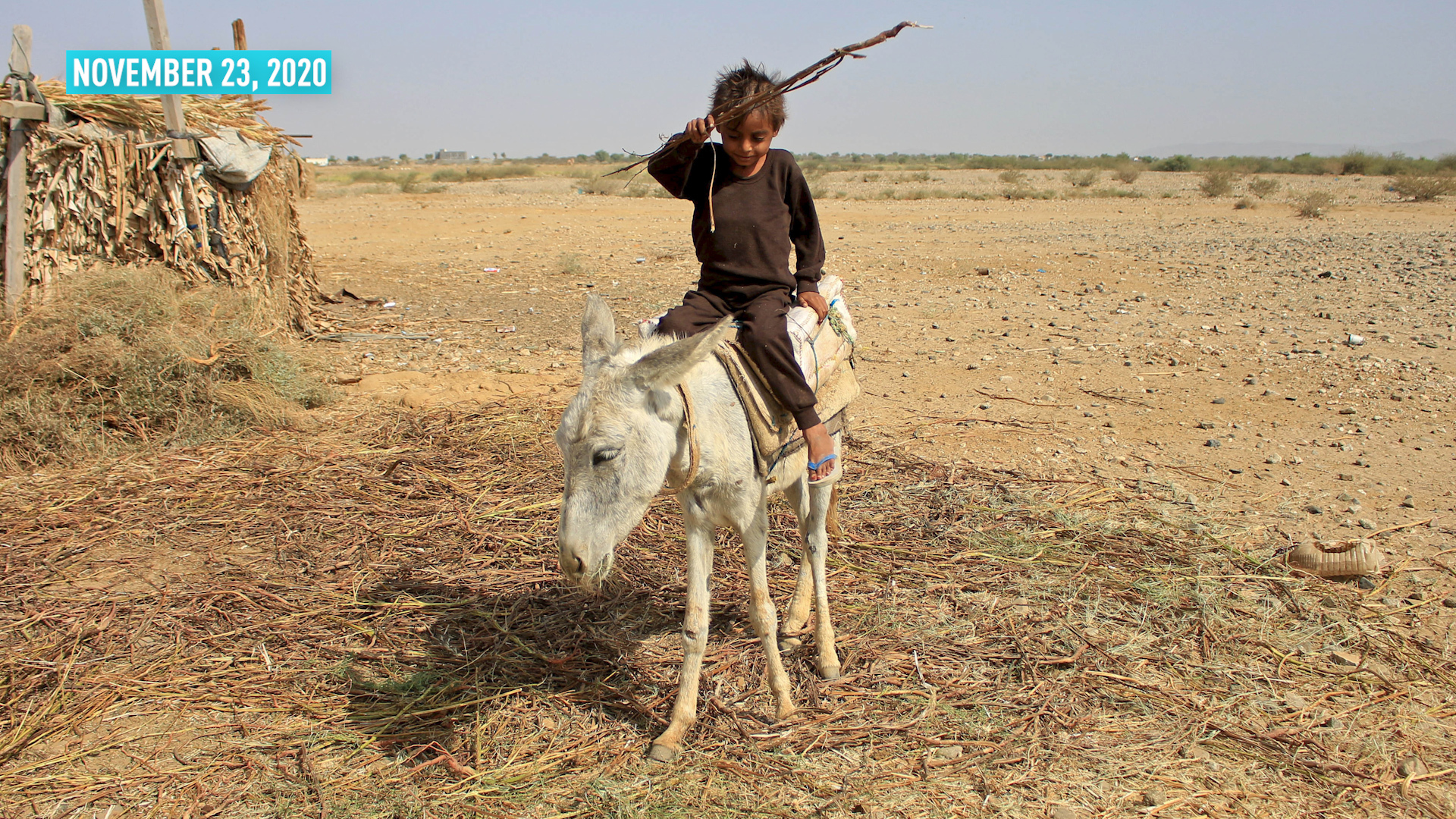 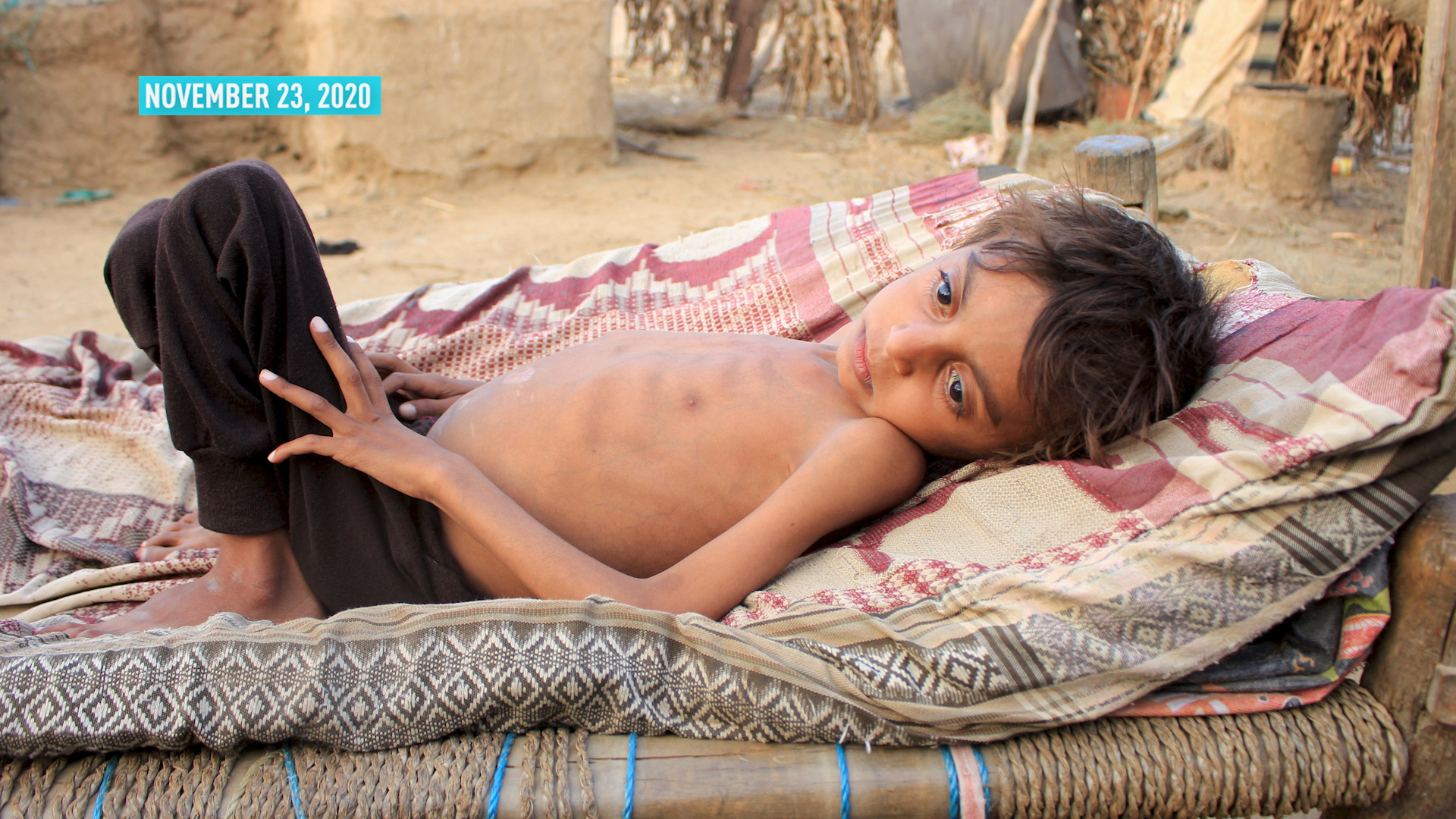 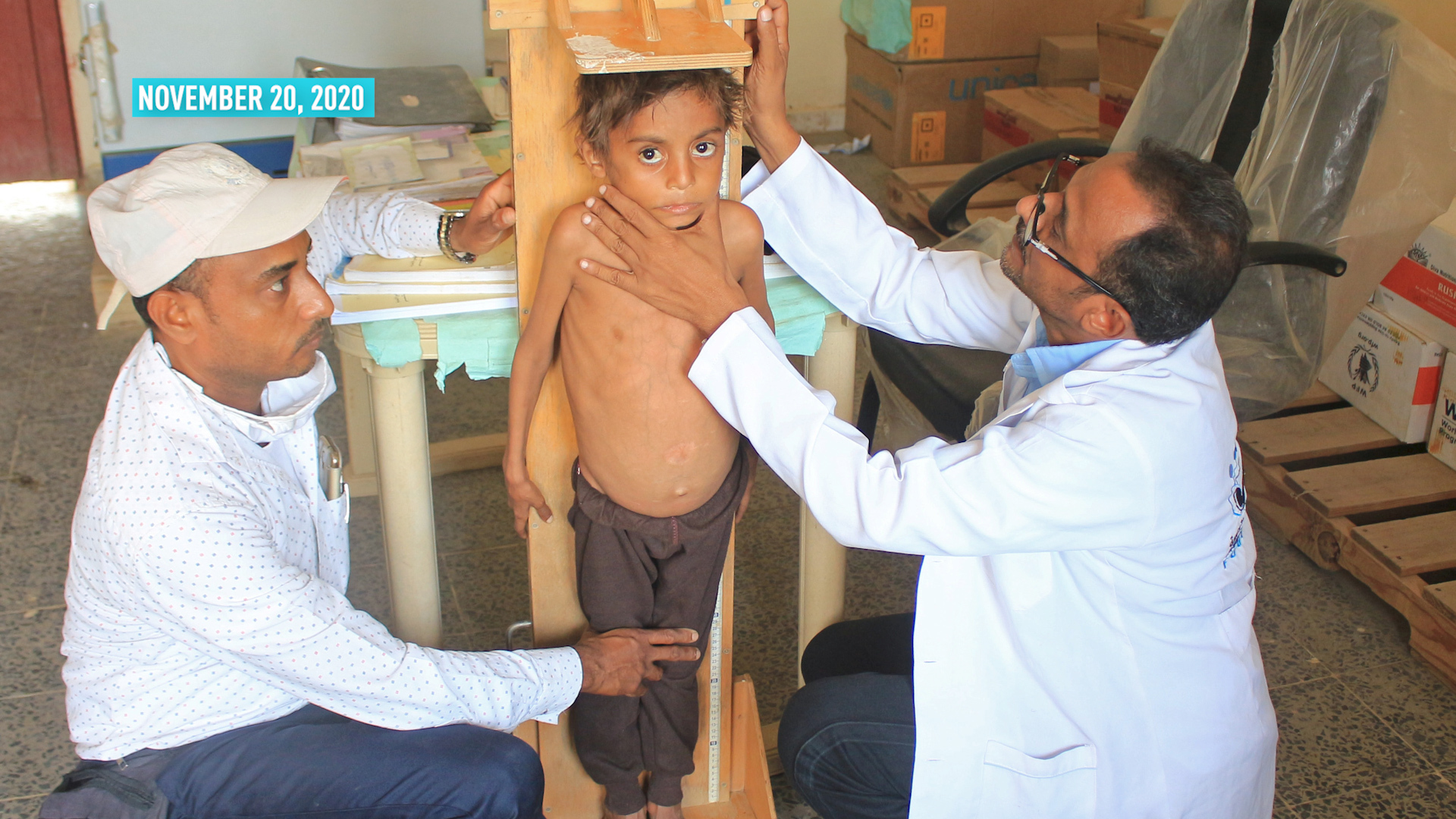 A shocking photo of severely malnourished 10-year-year old Yemeni Hassan Merzam Muhammad called the world’s attention to the food crisis spiraling out of control in July. Four months later, after donations and treatment, Hassan, mute since birth, can smile and communicate. He is still malnourished, as he and 2 million more children in Yemen face food excessive shortages, despite famine not being officially declared in the country. Five years of war have left over 80 percent of Yemen reliant on aid. "His body is weak again," his uncle said, and he needs more treatment.