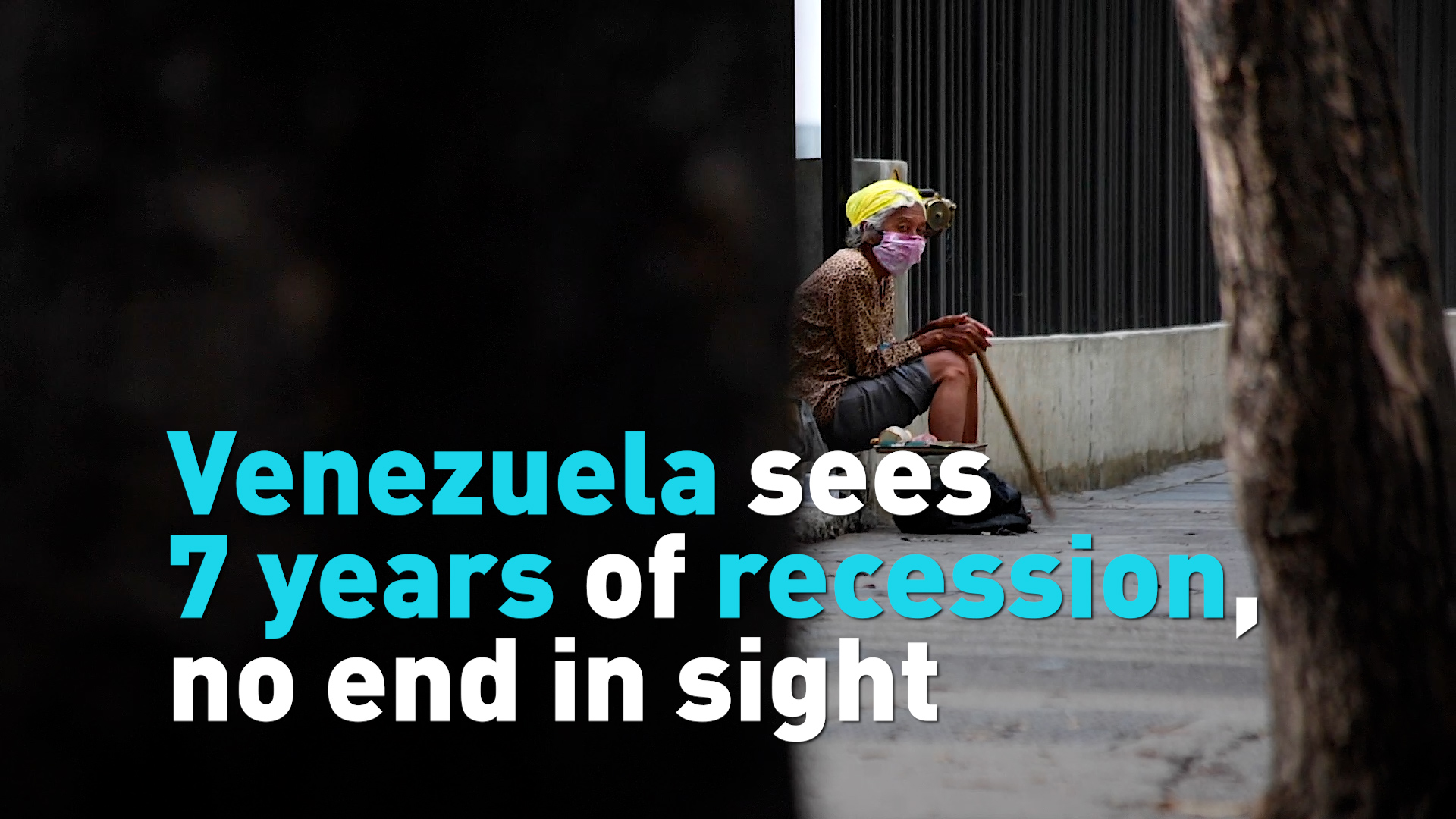 Venezuela will soon complete its seventh year in a recession, where more than 65 percent of its GDP has been lost.

Once known as an oil-rich country, Venezuela is now known for record-breaking hyperinflation. Two factors have deepened the crisis this year. U.S. sanctions and the Covid-19 pandemic have pushed the South American country even farther into free-fall.

At this food shop in Caracas, Ronald Perez has learned to adapt. Price controls, difficulty finding basic items...he’s dealt with it all. Now, he’s adapting to the loss of value in the bolivar, Venezuela’s official currency.

A de facto dollarization is taking place in the country.

"All my prices are in dollars because  otherwise, we would need to update prices every six hours," Perez said.

According to the IMF, consumer prices in Venezuela have increased 6500 percent this year.

And the private firm Econoanalytica says more than 60 percent of commercial transactions are made in foreign currency.

The monthly minimum wage is less than a dollar a month, making it impossible for many people to make ends meet.

Many Venezuelans report the situation has become more difficult, because of US sanctions on Venezuela’s oil business.

Until recently, oil accounted for more than 95 percent of Venezuela’s export revenue.

U.S. sanctions, mismanagement, and corruption, are all seen as factors in the collapse of Venezuela’s oil industry.

"The oil exports have been falling for quite some time now.  Add to that sanctions aimed directly at this sector. That has really slowed down the work in the oil sector, and on top of that the pandemic has had a direct impact," said Economist Miguel Velarde.

The government continues its effort to guarantee social aid to the poorest. Its delivering boxes of food to around 7 million Venezuelan households.

In October, Venezuela passed a special anti blockade law. President Nicolas Maduro says this will help counteract the effects of the sanctions.

Venezuela has also turned to allies like Russia and Iran to keep the oil output afloat and supply the domestic market with gasoline. Iran’s shipments of gasoline have alleviated Venezuela’s severe shortages of gasoline, but citizens waiting in line don’t see it as a permanent solution.

"It doesn’t matter if they bring a tanker with gasoline that will last for a month or a week or two. We will return to the same situation, where there is no quality of life," said Caracas resident Jhon Moreno.

A new U.S. administration could mean a change in the policy towards Venezuela and an ease on sanctions. But that doesn’t guarantee an improvement in current economic conditions.

"In order to change this economic situation, clearly you have to make a significant and radical turn in your public policies, and in addition to that, to solve the political situation, it is essential to have consensus," said Oswaldo Ramirez, a political analyst.

The IMF projects the contraction of the Venezuelan economy at minus 15 percent next  year, a country rich in natural resources, with an increasingly poor population.