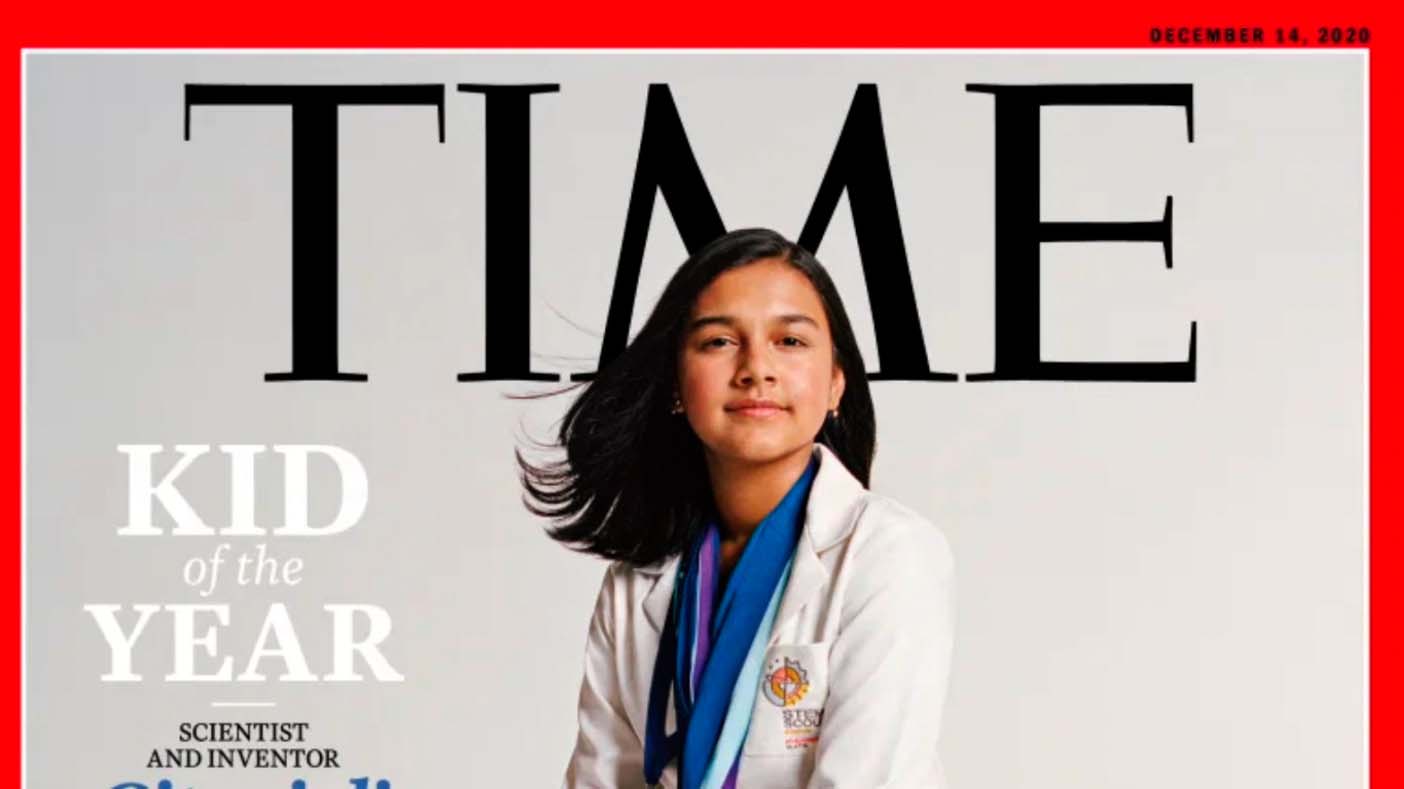 At age 15, Gitanjali Rao is already a promising young scientist and inventor.

“This is what I love to do,” Rao told CGTN in a Zoom interview this week. “I love innovating and love coming up with problems and I think that you can never go wrong with doing something you love to do.”

That passion has helped make her Time magazine’s first 'Kid of the Year.'

We first met Rao three years ago. The 7th grader had just won the 3M Young Scientist Challenge for her device that detects lead in drinking water.

“I have just been interested in science in general, no matter if it’s biology, chemistry, physics or even aerospace,” she said then.

That interest has only grown with her age. She designed a tech-based solution for prescription opioid addiction. She’s launched an anti-cyberbullying service based on machine learning. Now she’s looking for bio-contaminants in water.

“I’m using genetically engineered microbes, so essentially living things to detect living things, which is a fairly new concept but sounds super fun,” Rao said.
In an annual tradition, for the past century Time has chosen a Person of the Year, someone who in its judgment has done the most to influence events, for better or for worse. This year’s honorees are President-Elect Joe Biden and Vice President-Elect Kamala Harris.

Rao was chosen from a group of 5,000 nominees to be Kid of the Year and was recognized in a recent Nickelodeon channel special. That show helped blow up her Instagram account overnight.

“I woke up that morning to 23,000 more followers than I did the day before which kind of gave me a lot of self-validation as well as being tweeted out by a lot of people,” she said.

She’s only stepped up her pace of public and media appearances since then.

“I’m glad to be at least slightly well known,” she said. “I’m socially accepted, we’ll call it that.”

Next up is her first book, what she terms a prescriptive guide to getting kids into the world of innovation. It’s part of her mission to spread the importance of STEM education. Rao said studying from home during the pandemic has given her time to brainstorm ideas with other young innovators and follow her curiosity.

“I was born just like any other kid out there,” she said. “I just decided to pursue what I love to do, so if you do want to make positive change in the world, go for it because there’s no one stopping you except yourself.”
She’s now learning how to fly, like aviator Charles Lindbergh who was Time’s first Person of the Year in 1927. She also speaks Mandarin. As for college, the high school sophomore said she’ll see what best aligns with her interests.

We’ll check back with her in a couple of years.