Download
What we know about the new COVID-19 variant found in the U.S.
Hendrik Sybrandy 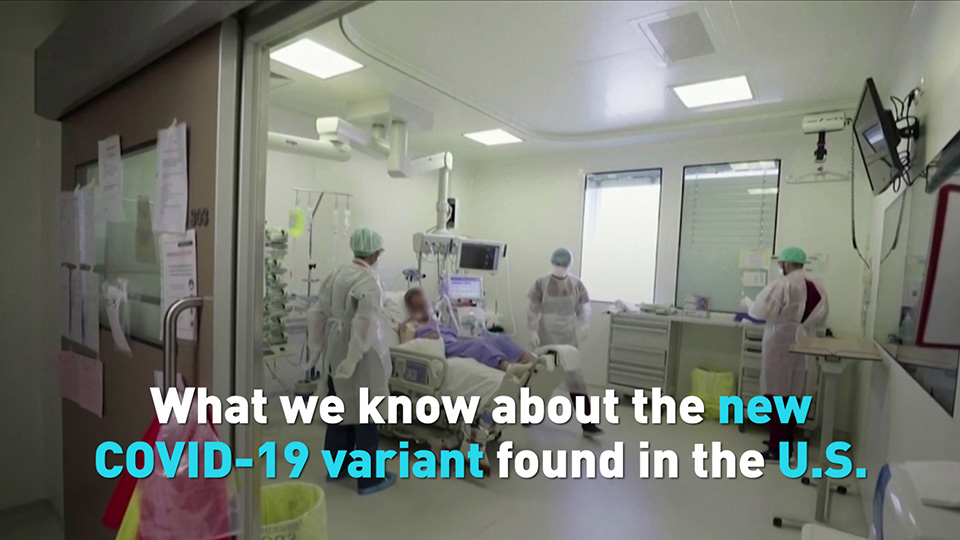 The first case of this new coronavirus strain in the U.S. turned up in a remote part of Colorado, in the town of Simla, population 600, at this nursing home.

"The individual is a man in his 20s who was working in Simla, not recently traveled," Colorado Governor Jared Polis said, "He's currently recovering in isolation, mild symptoms.”

He's one of two Colorado National Guard members who were sent to help with staffing at the Good Samaritan Society facility. The other Guardsman is suspected of having the same infection. All two dozen-plus residents of the home had already tested positive for COVID-19.

The B.1.1.7 COVID variant was first identified in the United Kingdom where thousands of these cases have been reported already.  And the number is growing. The strain spreads faster than other virus variants but it's not clear why.

"It could be because the virus replicates faster and so you get a higher viral load, which means you're more infectious," ​Peter Horby from New & Emerging Respiratory Threat Advisory Group said.

But experts don't believe it makes illnesses any more severe.

"There's no indication at all that it increases the virulence. And by virulence, I mean the ability to make you sick or kill you,”Dr. Anthony Fauci, Director of National Institute of Allergy & Infectious Diseases said.

The U.K. variant has been identified in ​at least 19 countries. A separate variant is now spreading rapidly in South Africa. Here in the U.S., a 30-year-old man also with no travel history has tested positive for the U.K. strain in California.

Just as coronavirus infections are showing signs of leveling off in the U.S., the concern is that the new variant could cause cases to spike yet again in the New Year.

"If you're ill, instead of only making two or three other people sick, you might actually spread it to four or five people,”Dr. Eric France from Colorado Department of Public Health & Environment emphasized, "Of course with more cases come more hospitalizations, more ICU beds being filled and the potential of overwhelming over health care system.”

The variant does not appear to cause reinfections in people who've recovered from the disease. And it's not believed to affect the efficacy of the new COVID-19 vaccines. But it does show that viruses like these can mutate easily.

The W.H.O. Director-General said, "The bottom line is that we need to suppress transmission of all SARS-Cov-2 viruses as quickly as we can. The more we allow it to spread, the more opportunity it has to change."

Meantime, Colorado authorities are investigating how the new strain surfaced here and who the National Guardsmen came in contact with during their deployment.