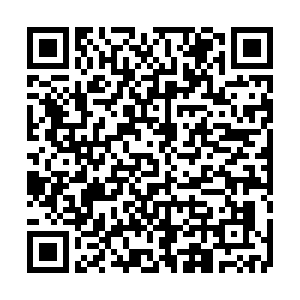 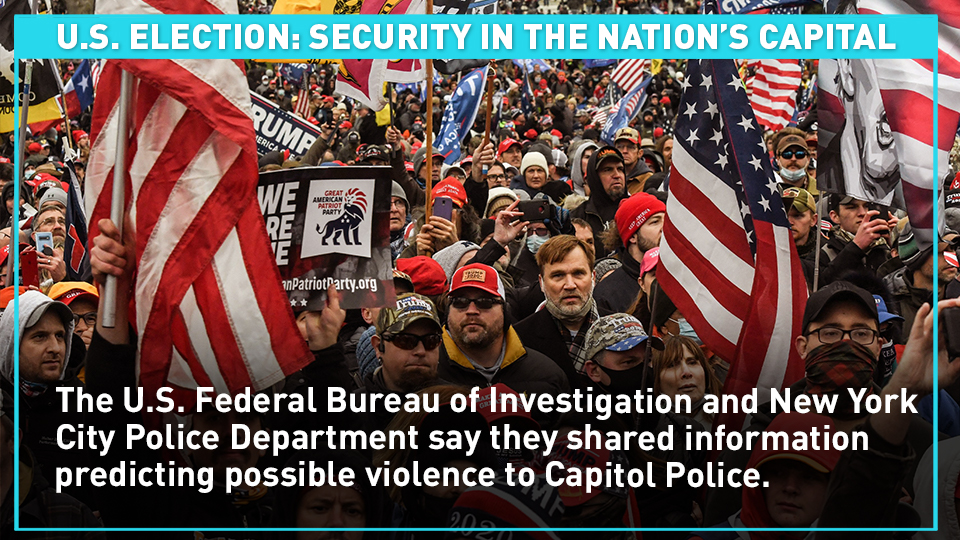 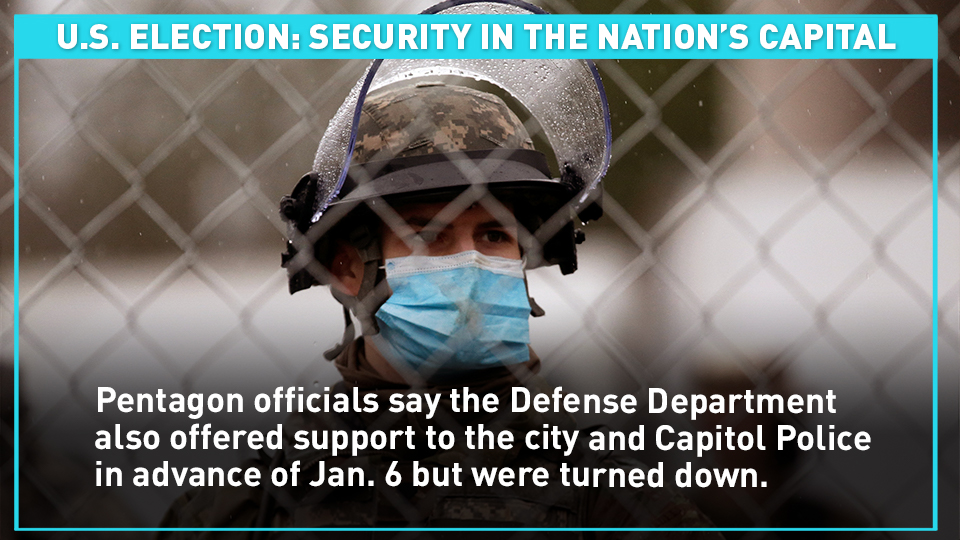 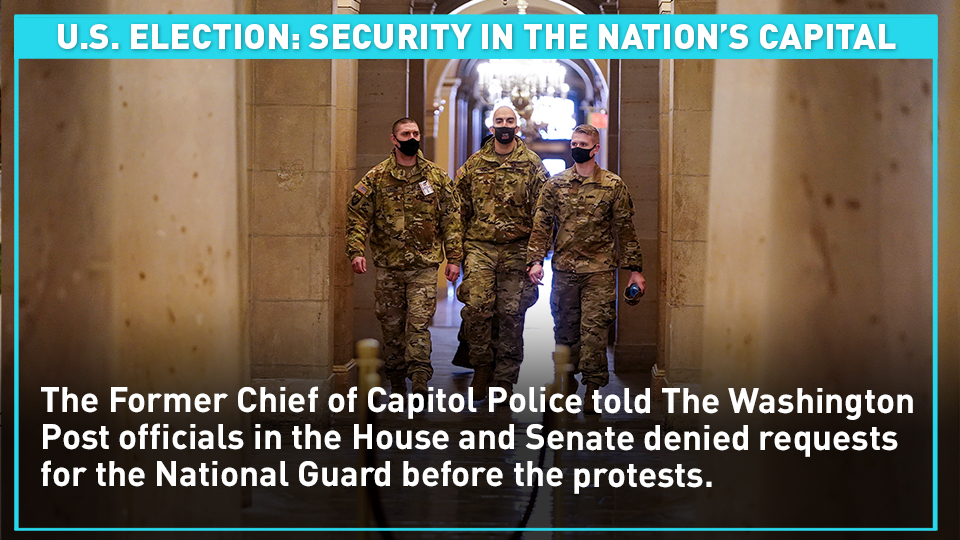 After last week's riots at the U.S. Capitol and with President-elect Joe Biden's inauguration approaching, authorities are looking at how they can increase security in Washington, D.C.

The U.S. Capitol Police Department has received backlash for their ill-preparedness before and during the attack.

Officials had previously said they had no information about possible violence during election protests by President Trump supporters.

Pentagon officials say the Defense Department also offered support to the city and Capitol Police in advance of Jan. 6 but were turned down.

Former Chief of Capitol Police Steven Sund, who resigned last week, told The Washington Post officials in the House and Senate denied his requests for the National Guard before the protests took place. 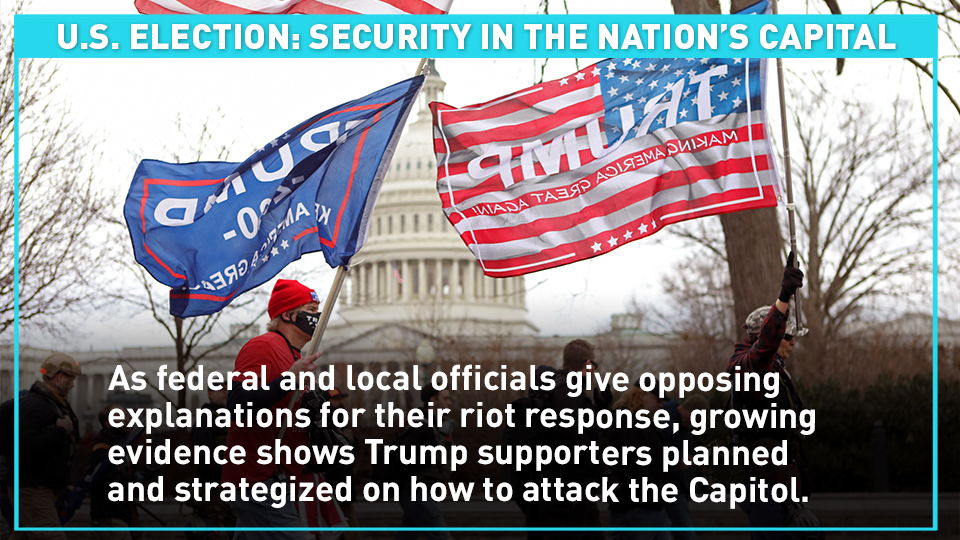 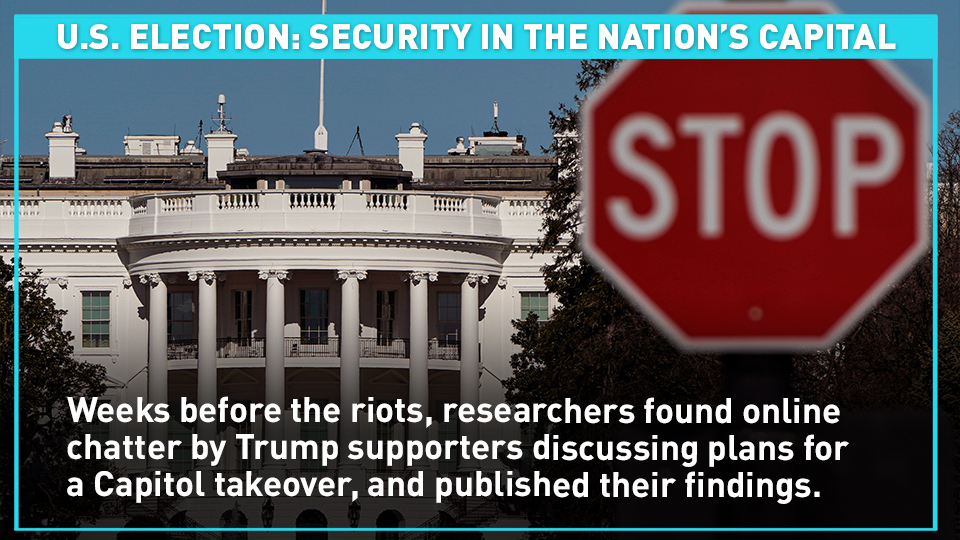 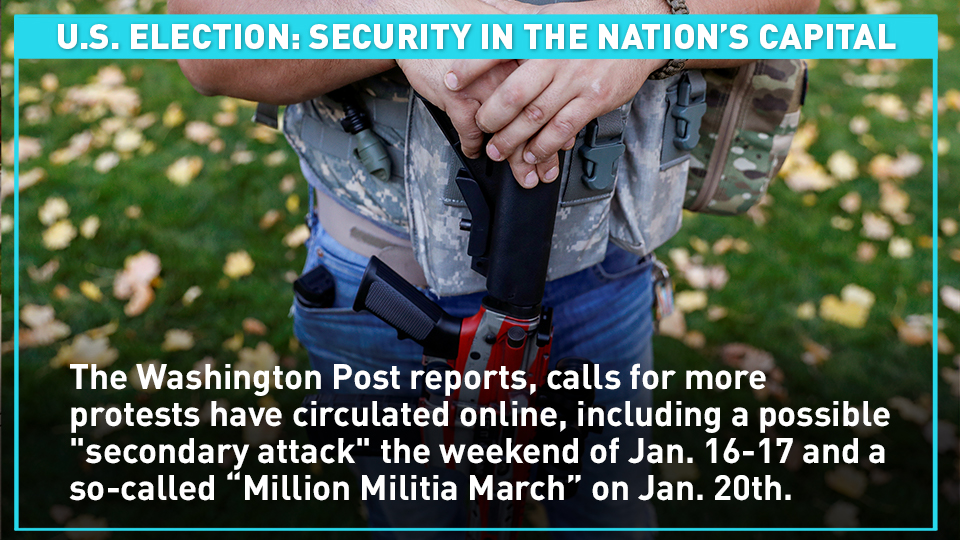 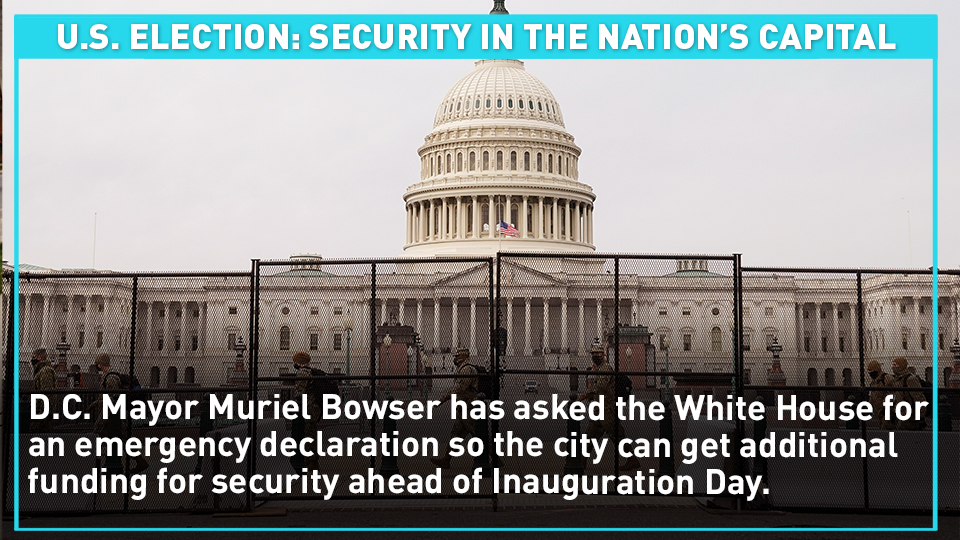 As federal and local officials give opposing explanations for the response to last week's riot, growing evidence shows Trump supporters planned and strategized on how to attack the Capitol.

Weeks before the riots, researchers found online chatter by Trump supporters discussing plans for a Capitol takeover, and published their findings.

"Given the very clear and explicit warning signs — with Trump supporters expressing prior intent to ‘storm and occupy Congress’ and use ‘handcuffs and zip ties,’ clear plans being laid out on public forums, and the recent precedent of the plot to storm the Michigan Capitol building while the legislature was in session — it is truly mind-boggling that the police were not better prepared," Rita Katz, executive director of SITE Intelligence Group, told The Washington Post. SITE Intelligence Groups is one of the research groups that published its findings on social media activity by Trump supporters before the riots.

In efforts to prevent a repeat of Wednesday's events, organizations and social media platforms have cut ties with President Trump, Republican Party lawmakers who tried to block certification of Biden's presidential win and people who participated in the riots.

Most notably Twitter, Trump's preferred method of communicating to his followers, permanently banned him from the platform.

The Washington Post reports, calls for more protests have circulated online, including a possible "secondary attack" the weekend of Jan. 16-17 and a so-called "Million Militia March" on Jan. 20th as Biden and Vice President-elect Kamala Harris are sworn in.

Another research group, Alethea Group, has found evidence online of plans for violence and bringing arms to Washington, D.C., which has strict weapons laws. Trump supporters are discussing events in Washington, D.C., and other state capitals around the country.

In addition to added fencing and barricades, D.C. Mayor Muriel Bowser has asked the White House for an emergency declaration so the city can get additional funding for security ahead of Inauguration Day.

In light of the threats, Bowser has also asked federal officials to cancel permits for demonstrations and to increase protections of federal property in the coming days.

Chief of the National Guard Bureau, General Daniel Hokanson, said he plans to deploy up to 15,000 troops in the city for the inauguration.