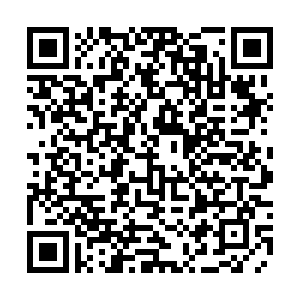 At the Someren Glen senior living community in Centennial, Colorado, residents recently received their first dose of the Pfizer COVID-19 vaccine. For them, it’s not a moment too soon.

“They are asking a lot of questions, they’re eager to get in line, they are thrilled to hopefully get their lives back to normal,” said Christine Besson, nursing home administrator.

Along with front-line health care workers, nursing home residents are considered most at risk of contracting and/or dying from the disease which places them in Phase 1A of vaccine distribution all across the country.

“We have to have a tiered system,” said Dr. Dana Lerman, infectious disease physician. “There has to be some sort of organization, and it’s going to be chaotic.”

Constructing an equitable system and determining in what order people should get the vaccine has sparked some debate, which often boils down to:

“Who deserves this rather than where can it do the most good,” said Dr. Matthew Wynia with the University of Colorado Center for Bioethics.

Which, Wynia said, means balancing the most high-risk folks and those who are most responsible for transmission, like prisoners.

“People who are in circumstances where they can’t help but spread it to a whole bunch of other people because then you could avoid these super-spreader events,” Wynia said.

The U.S. Centers for Disease Control and Prevention have issued elaborate vaccine priority guidelines, but states are free to come up with their own rules and a number of them have done just that.

According to a Kaiser Family Foundation report, 10 states added police and fire personnel to their Phase 1 group. Three added psychiatric patients and one added childcare personnel. Sophisticated modeling has been done to study who should be prioritized.

“We find that overall, the best approach based on what we know now is to directly protect those people who are most vulnerable,” said Dan Larremore with the University of Colorado Computer Science Department.

In this case, the elderly. Last week, the U.S. government advised states to begin vaccinating those 65 and older.

“Expanding eligibility to all of the vulnerable is the fastest way to protect the vulnerable,” said Alex Azar, Health and Human Services Secretary. “It’s simply much easier managing vaccines and appointments to everyone 65 and over rather than narrower, more complex categories.”

“I’m in a very high-risk group,” said Michael Rouse, a Denver vaccine trial participant. “I’m African-American and I’m 66 years old so it’s very important that people in that age group who can get vaccinated, get vaccinated when their turn comes up.”

Colorado now limits vaccines to residents 70 and older but says it will look at dropping the age to 65. Vaccination priorities remain fluid.

“So there yet may be further movement as we continue these conversations and as we learn a little bit more about the vaccine,” Wynia said.

But it appears Uber drives, barbers and morticians, who’ve all lobbied states to move up the list, will have to wait a little while longer.