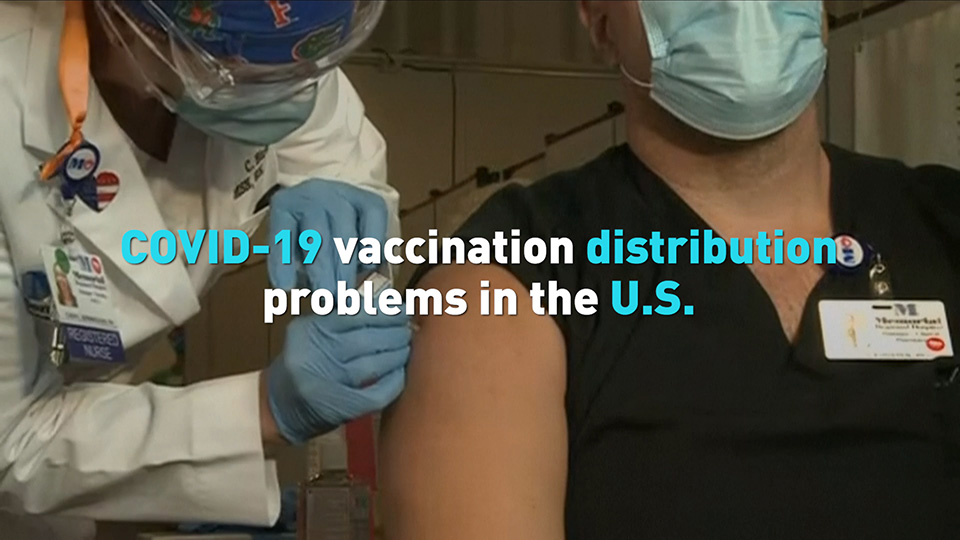 Five weeks after the first COVID-19 vaccine doses were administered in the U.S., it's clear Operation Warp Speed, the program to develop and get these drugs to Americans, hasn't always lived up to its name.

"Today I come before you extremely disappointed that we were lied to," said Colorado Governor Jared Polis recently, revealing that a large vaccine shipment the state had counted on wouldn't be forthcoming.

"I was informed by General Perna today that there is no federal reserve of doses," Polis said.

At the same time, a Colorado health care provider reported a shipment that was far smaller than it had expected.

"We want to get going, we want doses in people's arms, but that supply chain is so volatile," said Dr. Mark Wallace, Sunrise Community Health's Chief Clinical Officer. "For example, the other day we were prepared to give a thousand doses in one day, and we had ordered that, and we got 400 doses."

One Montana health official said attention to vaccine development had far outpaced ​attention to their rollout.

"The contemplation of how the actual vaccine was going to get into millions of people's arms did not occur," said Ellen Leahy, Missoula City-County Health Department director.

Those sentiments have been echoed in states across the country where complaints have mounted that the vaccine distribution system and funding are lacking and centralized planning for the rollout has largely been absent. Promised shipments from a national stockpile that turned out to be empty being one example.

"I am shocked and appalled that the federal government would set an expectation with the American people on which they knew they could not deliver, with such grave consequences," said Oregon Governor Kate Brown recently.

The Trump administration defended its approach.

"Every vaccine dose that's sitting in a warehouse rather than going into an arm could mean one more life lost, or one more hospital bed occupied," said Alex Azar, former Health and Human Services Secretary.

It will be up to the new Biden administration to open up the vaccine pipelines and make supplies more predictable.

"I let the Biden transition team know that we hope that we can get to the point where we have two weeks' notice or at least ten days' notice so that every dose can be used even quicker," Polis said.

"This unreliable source makes it very hard to plan," said Dr. Grant Colfax, San Francisco Department of Public Health director earlier this week. "And it is one of the key reasons that we're scheduled to run out of vaccine the day after tomorrow, Thursday."

President Biden's goal is 100 million injections during his first 100 days in office, or one million shots per day.

"It's a heavy lift any way you look at it. It'll be undermined if we can't get vaccines here on a steady stream," Wallace said.