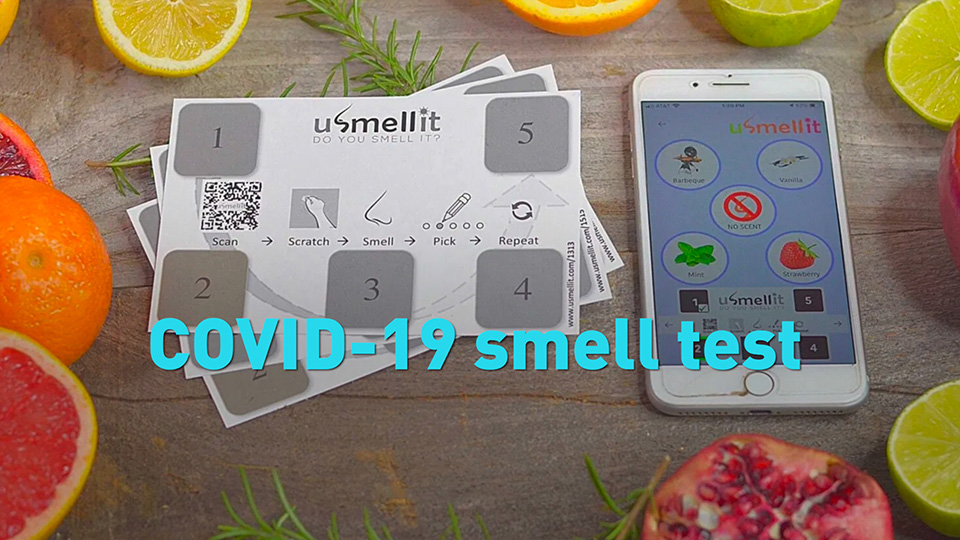 Studies have found that 50 to 90 percent of those who test positive have lost their sense of taste and smell. Given that, some Colorado scientists had an idea.

"Screening for anosmia, so the loss of smell, would actually be a pretty effective tool in combating the spread of COVID," said Dan Larremore, a University of Colorado Boulder Epidemiologist.

"The test is really simple," said Derek Toomre, the developer of "u-Smell-it." "It's basically a card, just like a scratch-and-sniff style card. It has five windows on it."

Each window or square, Derek Toomre explained, has a different scent.

"You simply take the test, scratch it, rub it, smell, okay that smells like rose," he said.

Or maybe peanut butter or popcorn. You enter your choices on your phone. If you get less than three of five right, it's time for a follow-up test to determine if you have COVID.

"That's so much different from driving to a testing site, getting a nasal swab, maybe even waiting in line, then waiting 36 hours or more for your test results," Larremore said.

He used a mathematical model to determine the impact of these smell tests. He found that one given every three days worked better than weekly laboratory tests in curbing coronavirus infections. He thinks it could drive down cases, which are trending down in the U.S., further.

"We really think that these could do some great work in bending the curve downward," Larremore said.

"Our partner can manufacture 100 million tests per day," said Toomre, whose company hopes to commercialize the tests. He added that at 50 cents apiece they could be mass-mailed to homes and used as point-of-entry screens at businesses, on college campuses and at sporting events. They're more accurate than temperature checks, he pointed out.

The test may work less well for those who already have problems with smell, like the elderly and those with colds and allergies. Those who flunk it may not quarantine like they should. But at a time when new virus variants make testing even more important, Toomre and Larremore believe it could help fill a void.

"We need tools that are cheap and effective," Larremore said.

"Testing is failing us, we are not doing enough tests," Toomre added.

u-Smell-it is ​currently awaiting emergency use authorization by the ​government to market its test.