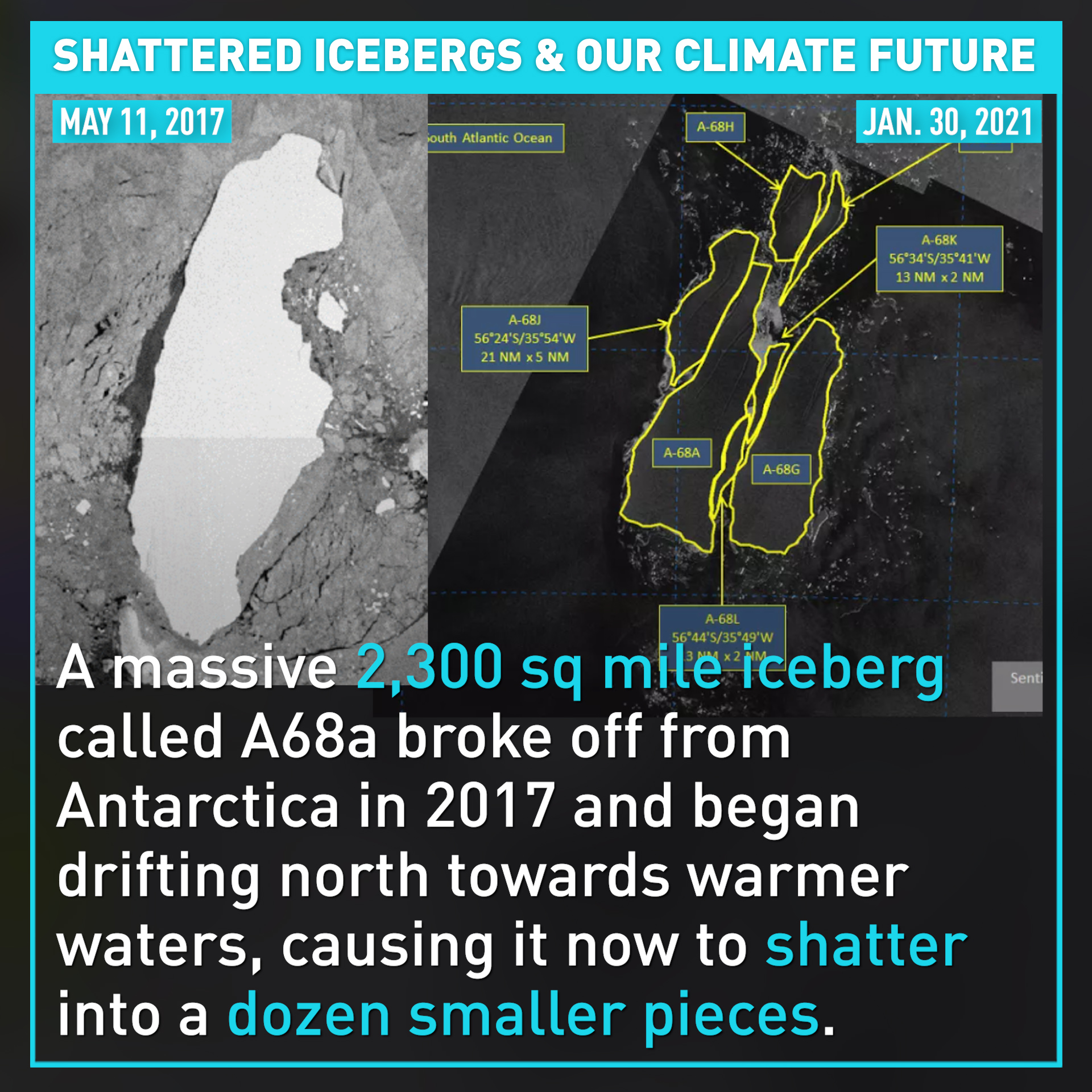 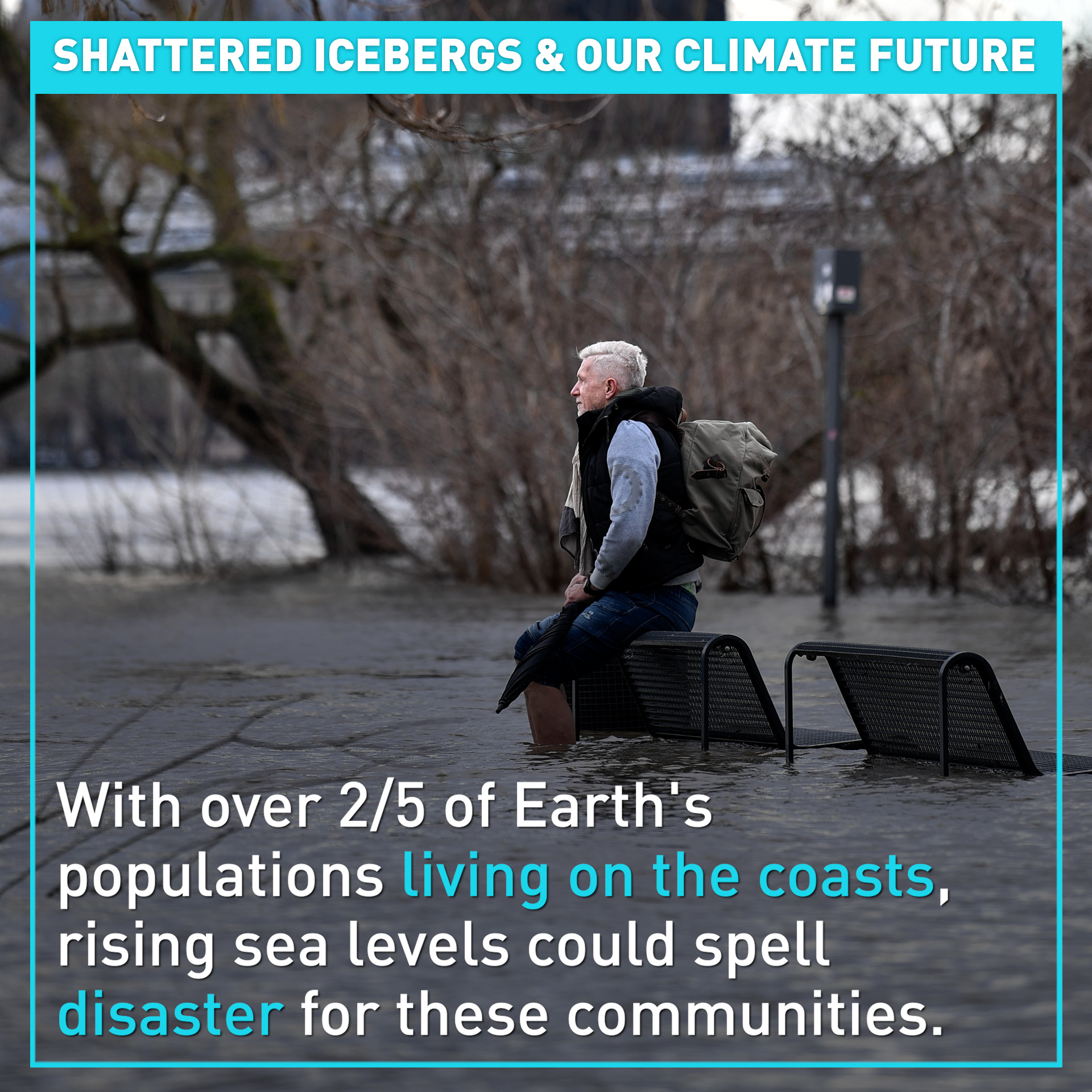 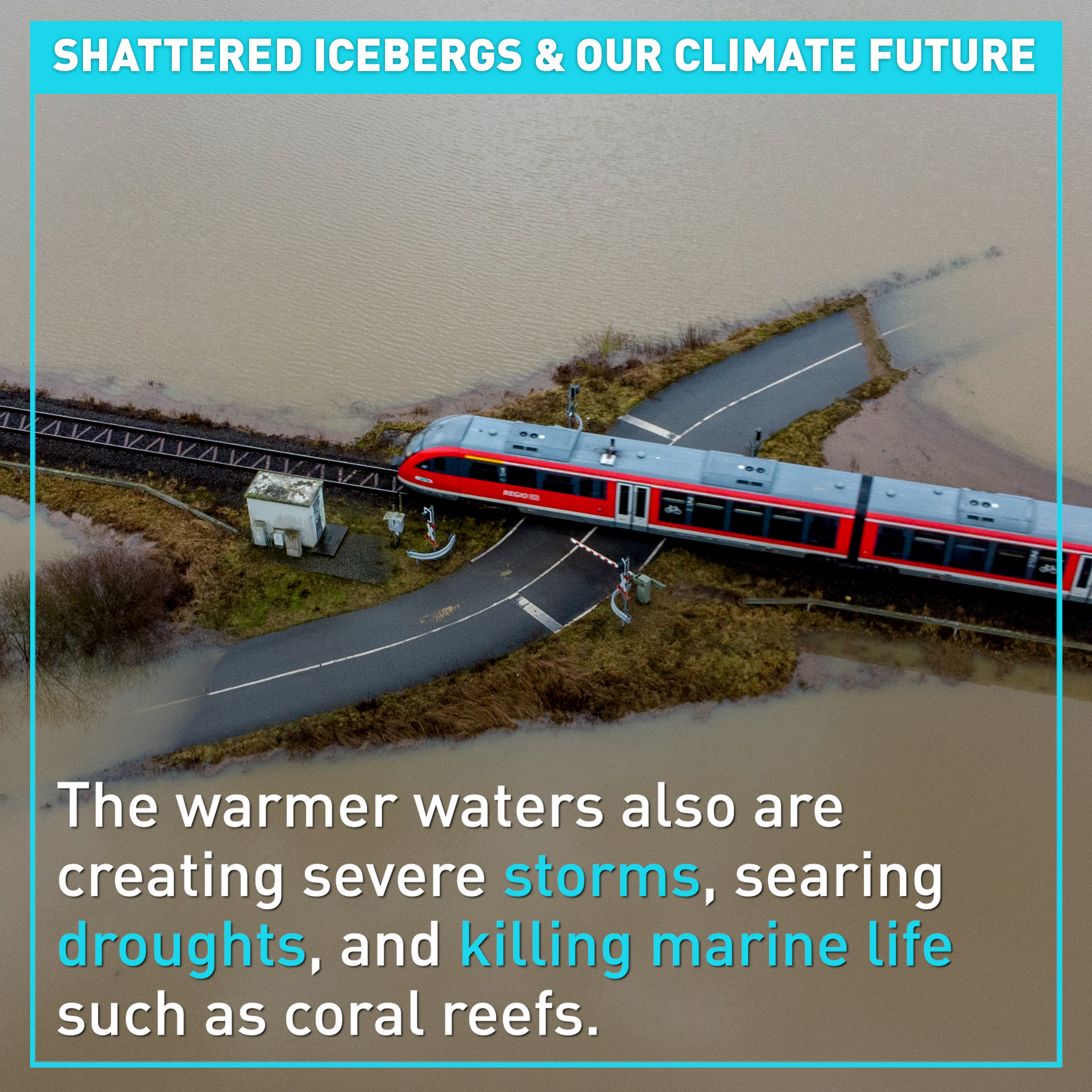 A massive 2,300 sq mile iceberg – called A68a - broke off from Antarctica in 2017 and began drifting north towards warmer waters, causing it now to shatter into a dozen smaller pieces. The melting of Antarctica’s ice sheets is one of the gravest concerns scientists have regarding climate change and sea temperature rise.

Between 1994 and 2017, over 28 trillion metric tons of ice was lost, enough to cover the entire U.K. in an ice sheet over 330 feet high. With over 2/5 of Earth's populations living on the coasts, rising sea levels could spell disaster for these communities. The warmer waters also are creating severe storms, searing droughts, and killing marine life such as coral reefs.

With current climate policies in place, scientists believe oceans could rise more than 3 feet this century if temperatures rise just 2 degrees C. New projections show that in order to keep the rise in temperature below 1.5 degrees C, global carbon emissions must reach net-zero by mid-century.