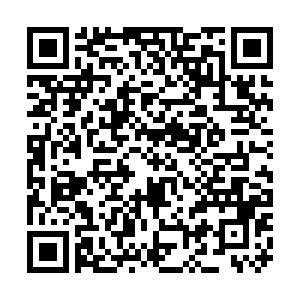 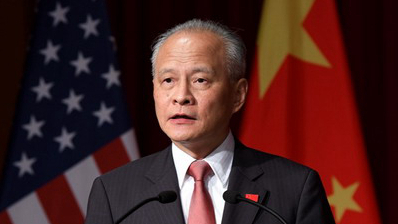 It's my honor to attend the launching of the commemoration of the 40th anniversary of the establishment of the sister province/state relationship between Anhui Province and the State of Maryland. I am glad to see that, with events like this one, China and the United States are ready to enter a new stage of friendly cooperation at the sub-national level.

The year 2020 was extremely challenging. Faced with the COVID-19 pandemic and profound changes unseen in a century, many people were filled with confusion and anxiety. Ancient Chinese philosopher Confucius said, "At forty, I had no doubts." American President Franklin Roosevelt said, "The only limit to our realization of tomorrow will be our doubts of today." Now standing at a new historical crossroads, we need to cast off our doubts, keep to the right direction and build a better future.

We need to keep to the right direction of building a community with a shared future for mankind. The raging COVID-19 once again shows that mankind shares a common stake, and solidarity and cooperation are the most effective way to address a global crisis. Since the outbreak of COVID-19, sub-national governments, businesses and non-governmental organizations in both China and the U.S., including Anhui and Maryland, rendered each other great support and fought the pandemic shoulder to shoulder. COVID-19 will not be the last test from nature for mankind. Nor is it the only global challenge that we face. As major countries, China and the United States should join hands to meet these common challenges and protect our shared home.

We need to keep to the right direction of developing a China-U.S. relationship based on coordination, cooperation and stability. This year marks the 50th anniversary of Ping-Pong Diplomacy, and the Cole Field House of the University of Maryland is one of its important stops back then. Over the past 50 years, China-U.S. relations have gone through ups and downs and made significant progress, bringing huge benefits to the two peoples. Together, our two nations have made great things happen for not only each other but the world at large.

Now the relationship is at a critical juncture. We need to keep in mind the larger picture and long-term interests, and look for the greatest possibility for cooperation in a constructive way. We need to reopen dialogue, resume cooperation, and rebuild trust, so as to bring our relations back to the right track and contribute to world peace, stability and prosperity.

We need to keep to the right direction of putting people above everything else and promoting opening-up, cooperation and development. The friendly ties between Anhui and Maryland started in the same year when China began its reform and opening-up. For more than 40 years, the Communist Party of China has kept to its original aspiration to pursue happiness for the people.

Facing the sudden onslaught of COVID-19, and with the strong leadership of President Xi Jinping, China has put people and life above everything else and became one of the first to put the pandemic under control. While responding to the pandemic, China has also focused on economic development and was the first major economy in the world to restore economic growth.

It is fostering a new development paradigm with domestic circulation as the mainstay and domestic and international circulations reinforcing each other, and it will continue to provide opportunities for the U.S. and the world as an important engine of the global economy.

The new U.S. administration has taken office, and President Biden has laid out his governance priorities. The Chinese side looks forward to working with the new administration and American sub-national governments to carry out practical cooperation in public health, economic growth, climate change and other areas, so as to benefit the people of both countries and the whole world.

Mount Huangshan in Anhui and Chesapeake Bay in Maryland are both natural landmarks that attract people of the other side. To engage with each other is the shared aspiration of the two peoples. We need to follow the people's will, remove obstacles for their engagement, and build more bridges for their exchanges and cooperation.

As a Chinese poem goes, "The river is wide at full tide; a strong wind sends the sail surging forward." The China-U.S. relationship is like a ship in the ocean. Only with a right direction can it tide the waters and sail ahead steadily.

The Chinese Year of the Ox is fast approaching. I wish to send you my best wishes for the New Year. In Chinese culture, the ox is known to be a trailblazer. I hope to work with all of you in a trailblazing spirit to advance practical cooperation and make the Year of the Ox a most rewarding one for China-U.S. sub-national cooperation.