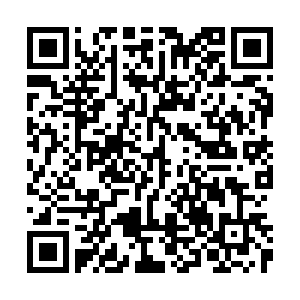 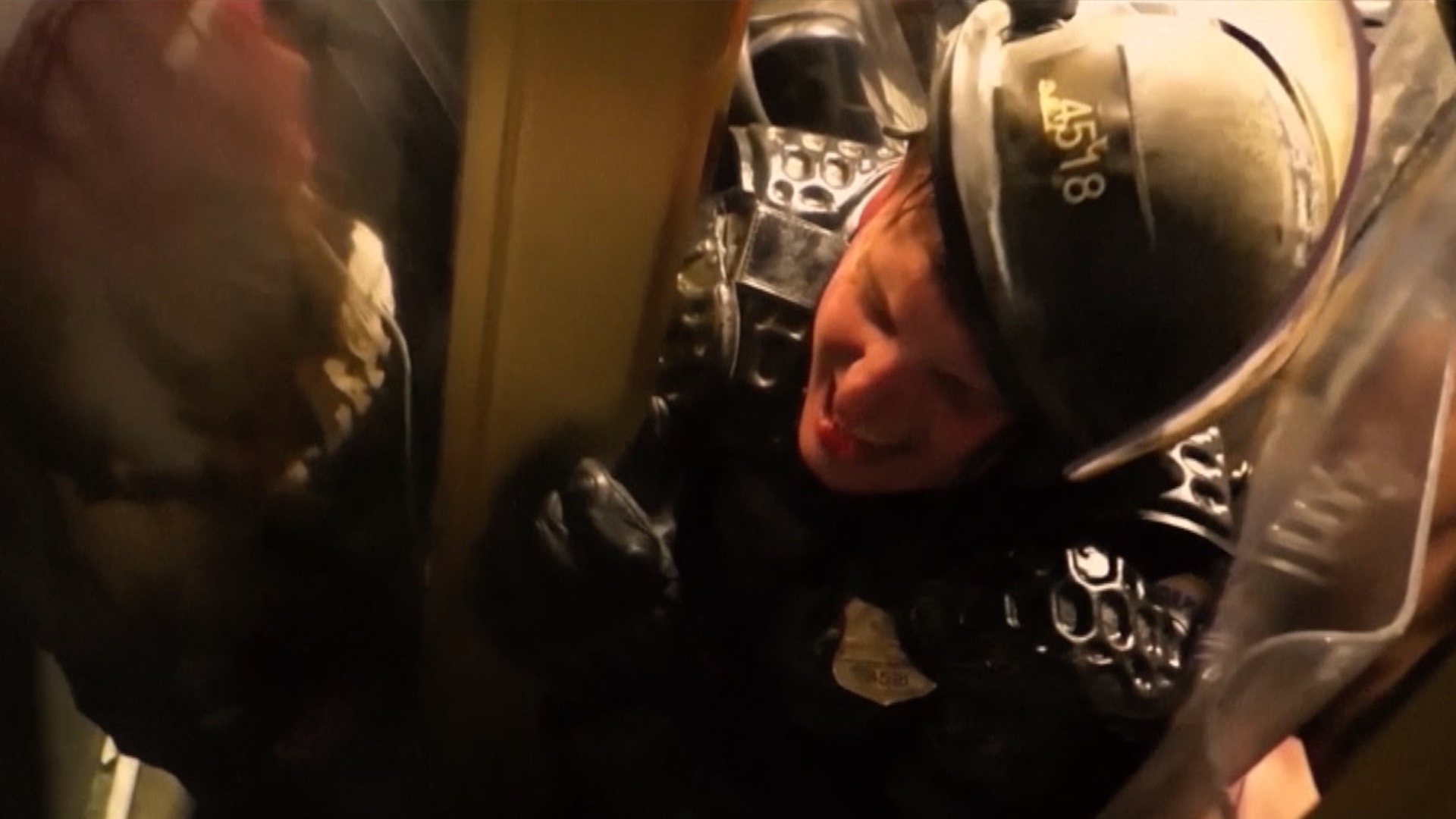 The House impeachment managers presented previously unreleased security footage as well as social media videos and police radio calls, alongside Trump's own Twitter posts, to argue that the former president stoked the flames of violence, incited the January 6 insurrection at the Capitol and failed to act quickly to send help or call his supporters off.

House impeachment managers said they'll prove Trump was no "innocent bystander" but the "inciter in chief" of the deadly attack at the Capitol aimed at overturning his election loss to Joe Biden.

The day's proceedings unfolded after Tuesday's emotional start that reportedly left the former president fuming when his attorneys delivered a meandering defense and failed to halt the trial on constitutional grounds. 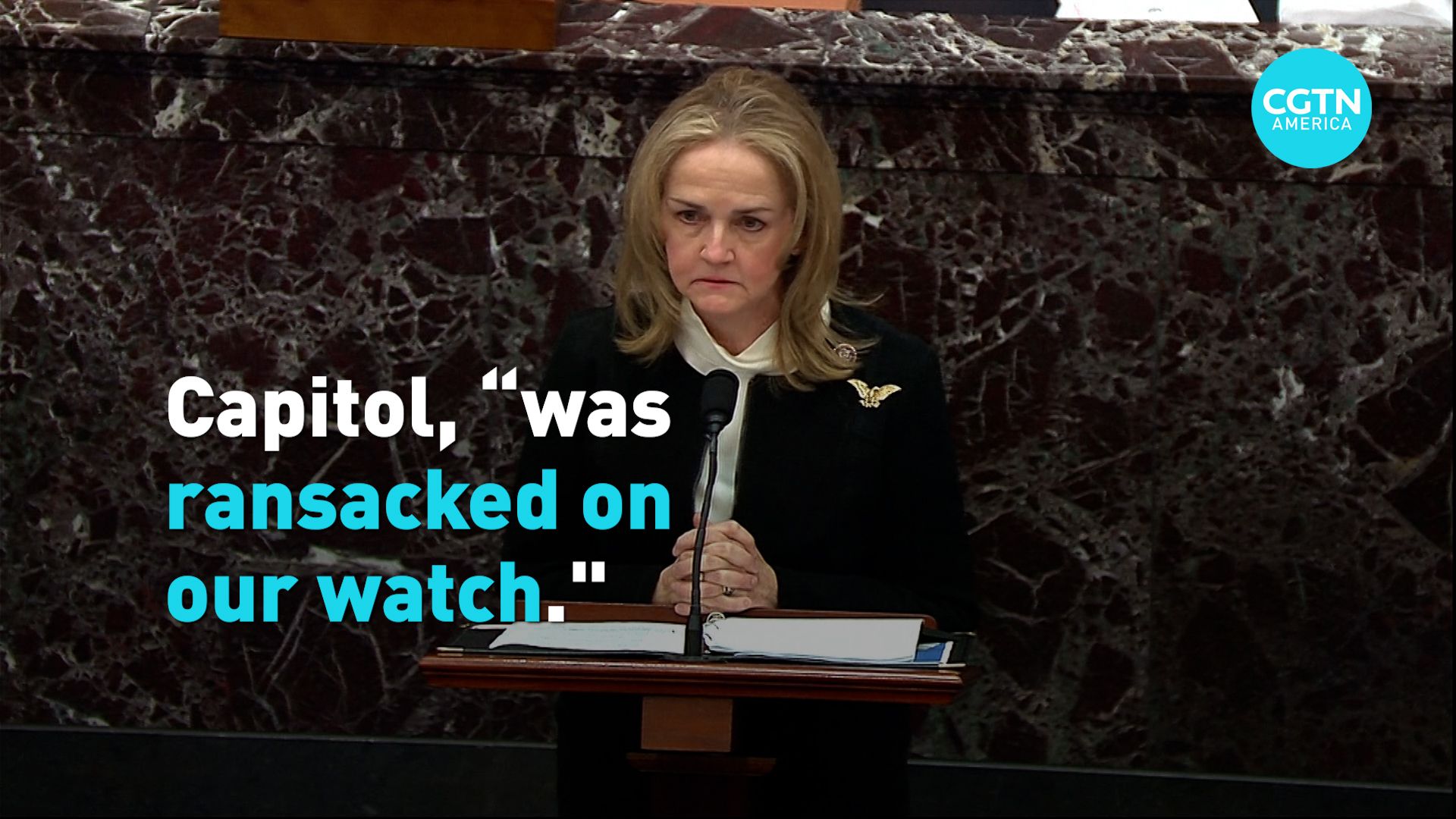 The first day of impeachment trial started with a sentimental video juxtaposing the certification proceedings in the House and Senate on January 6 with the riot happening outside, which brought back shocking memories in the same building in which the trial is unfolding.

More graphic evidence was presented on Wednesday, as prosecutors unveiled chilling new security video, showing the mob of rioters breaking into the Capitol, smashing windows and doors and searching menacingly for Vice President Mike Pence and House Speaker Nancy Pelosi as overwhelmed police begged on their radios for help.

In the previously unreleased recordings, the House prosecutors displayed gripping scenes of how close the rioters were to the country's leaders, roaming the halls chanting "Hang Mike Pence," some equipped with combat gear, with members of extremist groups among the first inside. Outside, the mob had set up a makeshift gallows.

At one dramatic moment, the video showed police shooting into the crowd through a broken window, killing a San Diego woman, Ashli Babbitt.

Pence, who had been presiding over a session to certify Biden's victory – thus earning Trump's censure – is shown being rushed to safety, where he sheltered in an office with his family just 30 meters from the rioters. Pelosi was evacuated from the complex as her staff hid behind doors in her suite of offices. 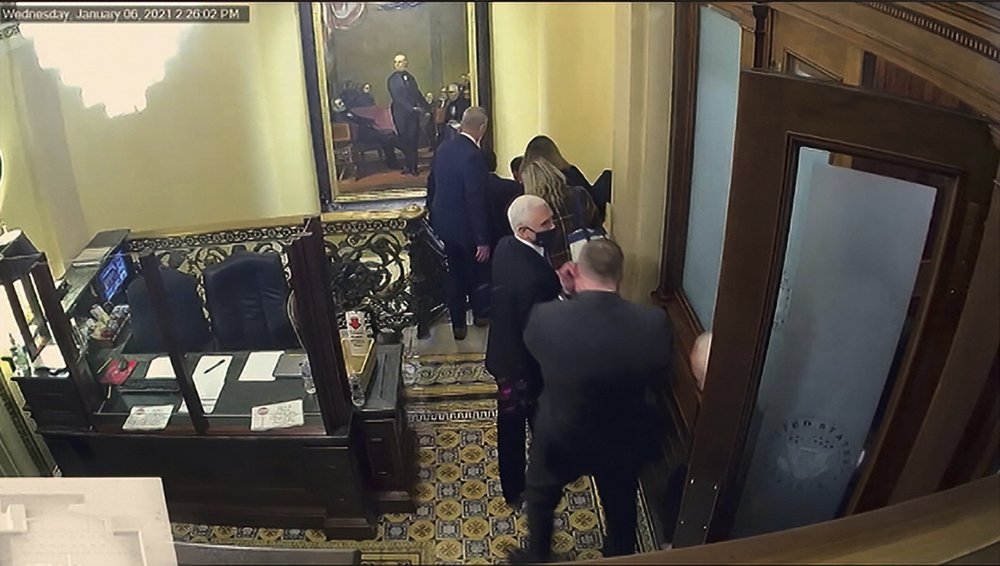 'Trump left everyone in this Capitol for dead'

House impeachment managers argued that "Trump left everyone in this Capitol for dead."

Democratic Representative Joaquin Castro of Texas made the case that Trump repeatedly failed to act to call off rioters and stop the violence.

In audio recordings presented by California Representative Eric Swalwell, police, overwhelmed by the mob, frantically announced "we lost the line" and urged officers to safety. One officer is seen being crushed by the mob and screaming for help. The prosecutors said another suffered a heart attack. One later died.

Screams from the audio filled the Senate chamber.

Despite the "bloodiest attack we've seen on our Capitol since 1812" unfolding on television, the then president didn't mention sending help or forcefully tell his supporters to stop the violence in the five tweets and video he posted online after the attack started that day, Castro said.

The House impeachment managers later presented evidence of a phone call from Trump to a Republican senator, Mike Lee, at the same time as the Capitol building was in bedlam.

Cicilline said that while Trump did not stop the attack or address it, his phone call made clear his focus was the same as the rioters': to stop the certification of the election and transfer of power.

Lee objected to the prosecutors' characterization of the phone call. But it's unclear what aspect of the comments Lee wanted removed. House impeachment managers agreed to strike the reference from the record, but lead prosecutor Representative Jamie Raskin said they may revisit it later.

'This was never about one speech'

Swalwell detailed how Trump announced the rally on Twitter, writing on December 19: "Big protest in D.C. on January 6. Be there, will be wild!"

In an attempt to break the "freedom of political speech" argument in Trump's defense, Swalwell pointed out that Trump's tweet wasn't a "casual, one-off reference or a single invitation." Instead he reminded his supporters "over and over and over" to show up.

The House impeachment manager said: "This was never about one speech. He built this mob over many months with repeated messaging until they believed that they'd been robbed of their vote, and they would do anything to stop the certification."

Though most of the Senate jurors appear to have already made up their minds on acquittal or conviction, they sat riveted as video showed the rioters taking over the chamber where the impeachment trial is now being held.

The House impeachment managers won one more Republican's vote after displaying the sentimental videos on the opening day of the trial. The House will need at least 11 more votes to convict the former president over "incitement of insurrection."

The impeachment trial is set to resume at noon Thursday.

Trump's defense lawyers will present their arguments Friday and Saturday.