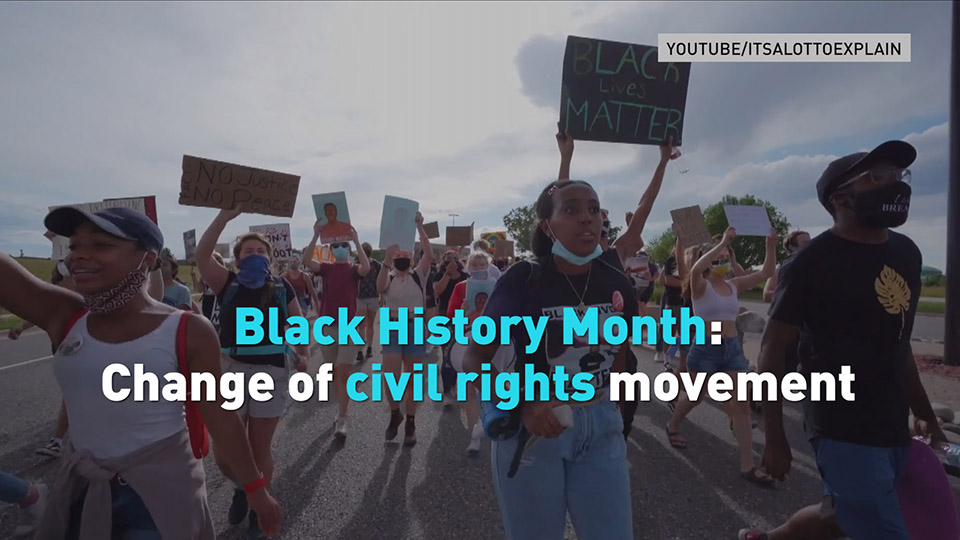 Nearly a quarter of a millennium after this country’s birth, Blacks in America continue their march for equality. Given the racism that’s endured through the years, they’ve had lots of practice.

“You know African-Americans say this all the time,” said Reiland Rabaka, a professor at the University of Colorado Boulder. “We may not inherit money but we certainly inherit a protest tradition, a culture of resistance.”

Rabaka teaches African studies. Karia White is one of his students.

“I would say I’ve been very, very involved in organizing for racial justice,” White said.

A protest organizer, White follows in the footsteps of those who’ve led the struggle against slavery, bigotry and police brutality, a fight the Blacks Lives Matter movement carries on today.

“It’s a more on the ground, hands-on movement, founded if you will by the people, in the best interests of the people,” Rabaka said.

“It’s totally different and that’s what’s exciting about it, it’s the movement of this time,” said Charles Pace, a scholar with the educational Chautauqua Movement.

“No other action of the movement compares to the Montgomery bus boycott,” Stone said. “And it kind of got the grassroots struggle going,”

“They want to make sure that they move beyond that sort of charismatic male leadership model,” Rabaka said.

As a black woman, she felt compelled to get involved in the fight. The role of women and the LGBTQ community also make this movement distinctive.

“Something my dad used to say to me all the time was show me what you’re doing right now and I’ll show you what you would have been doing in the 1960’s,” White said.

This crusade, spurred by the 2020 killings of George Floyd, Ahmaud Arbery and Breonna Taylor, features a concept called mutual aid, members exchanging resources and services. It’s more multiracial than those of the past.

“We just wish there were more people that would join in with us, that would not just sort of be political spectators,” Rabaka said.

“We’ve changed a lot of laws, but hearts and spirits have not changed,” Stone said.

“America… has always been like a see-saw,” Pace said.

He believes today’s movement will need to organize, adapt and self-critique in order to survive and thrive.

Stone, who calls Parks a simple woman who took a stand, echoed that.

“I think she would be hopeful too if she saw what was happening today,” she said.

White remembers after the first protest she led her father telling her:

“He was like do it baby girl, just go ahead and do your thing,” she said. “You know how to talk and how to have a mike. And that’s what it’s all about is finding where your talents are needed in the movement and where you fit.”

Remixed, recycled and reinvented, the attempt to level the playing field for people of color continues.