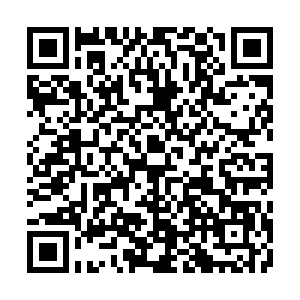 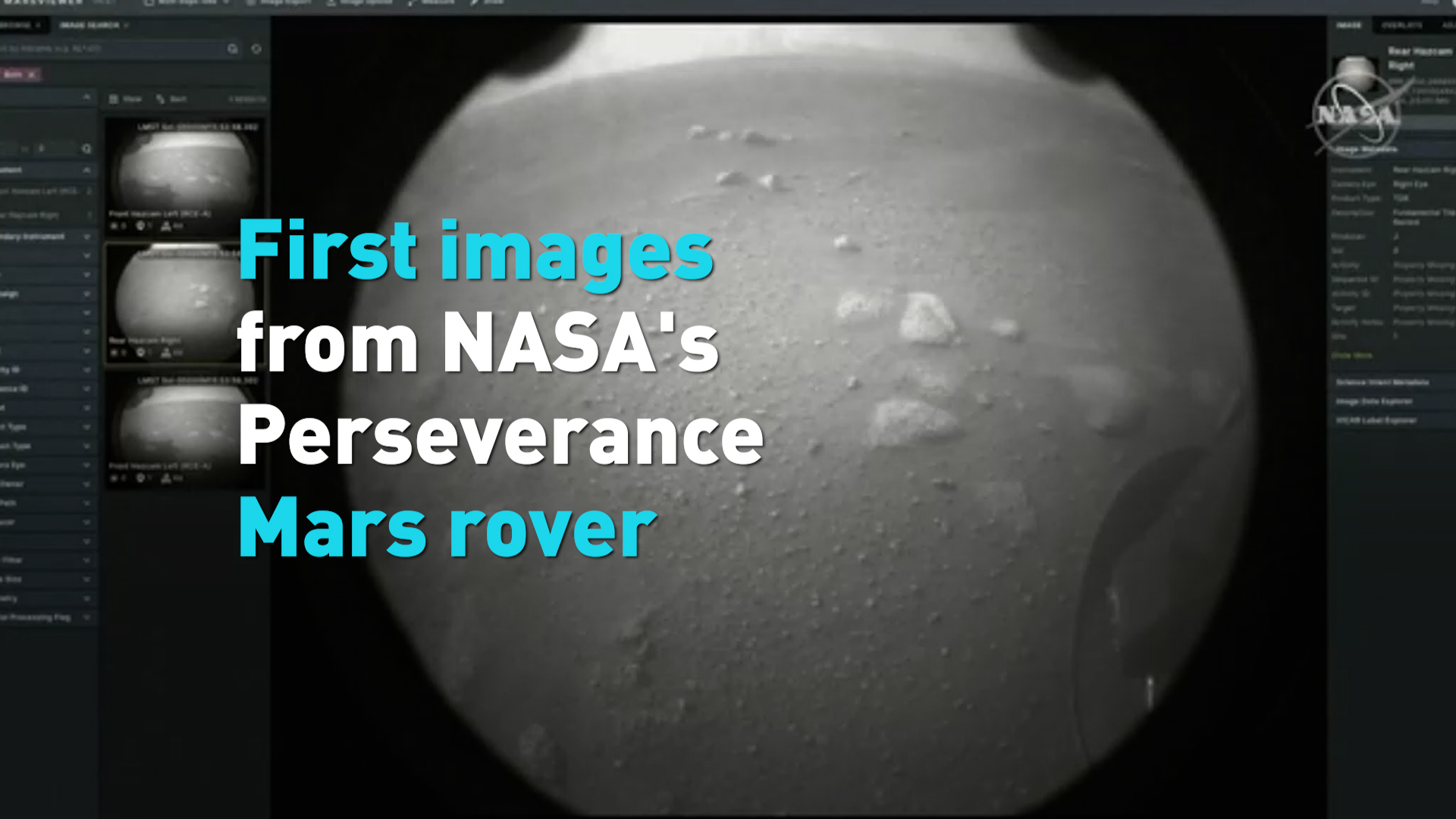 Perseverance, the biggest, most advanced rover ever sent into orbit by NASA, became the ninth U.S. spacecraft to successfully land on Mars.

The six-wheeled rover had survived its perilous descent and arrived within its target zone inside Jezero Crater, a 45-kilometer-wide basin located on the planet's northern hemisphere. There is an ancient lake near the rover's landing spot, said space scientists.

Read more: The most challenging part of Mars mission – 7 minutes of terror

The mission is to seek signs of life, collect samples of rock and then bring them back to Earth.

"Perseverance is NASA's most ambitious Mars rover mission yet, focused scientifically on finding out whether there was ever any life on Mars in the past," said Thomas Zurbuchen, associate administrator for the Science Mission Directorate at NASA Headquarters in Washington.

The robotic vehicle sailed through space for nearly seven months, covering 472 million kilometers (km) before piercing the Martian atmosphere at 19,000 km per hour to begin its descent to the planet's surface.

Moments after touchdown, Perseverance beamed back its first black-and-white images from the Martian surface, one of them showing the rover's shadow cast on the desolate, rocky landing site. 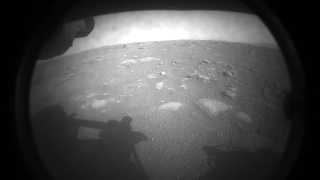 The first image NASA's Perseverance rover sent back after touching down on Mars, February 18, 2021. /NASA

The first image NASA's Perseverance rover sent back after touching down on Mars, February 18, 2021. /NASA

Because it takes radio waves 11 minutes to travel from Mars to Earth, the SUV-sized rover had already reached Martian soil by the time its arrival was confirmed by signals relayed to Earth from one of several satellites orbiting Mars.

The landing represented the riskiest part of a two-year $2.7 billion endeavor whose primary aim is to search for possible fossilized signs of microbes that may have flourished on Mars some three billion years ago, when the fourth planet from the sun was warmer, wetter and potentially hospitable to life.

Scientists hope to find signs of life embedded in samples of ancient sediments that Perseverance is designed to extract from Martian rock for future analysis back on Earth – the first such specimens ever collected from another planet.

Two subsequent Mars missions are planned to retrieve the samples and return them to NASA in the next decade.

The spacecraft's self-guided descent and landing during a complex series of maneuvers that NASA dubbed "the seven minutes of terror" stands as the most elaborate and challenging feat in the annals of robotic spaceflight.

Acting NASA Chief Steve Jurczyk called it an "amazing accomplishment," adding, "I cannot tell you how overcome with emotion I was." 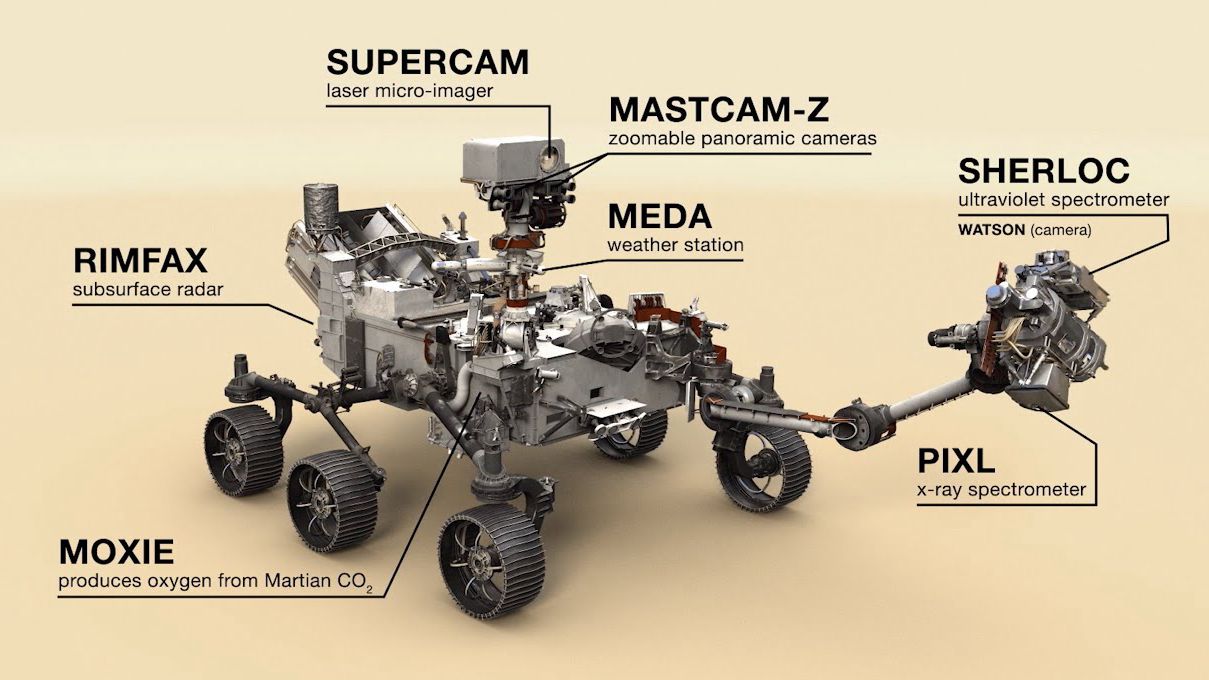 An illustration of the Perseverance. /NASA

An illustration of the Perseverance. /NASA

NASA scientists have described Perseverance as the most ambitious of nearly 20 U.S. missions to Mars dating back to the Mariner spacecraft's 1965 fly-by.

Larger and packed with more instruments than the four Mars rovers preceding it, Perseverance is set to build on previous findings that liquid water once flowed on the Martian surface and that carbon and other minerals altered by water and considered precursors to the evolution of life were present.

Perseverance's payload also includes demonstration projects that could help pave the way for eventual human exploration of Mars, including a device to convert the carbon dioxide in the Martian atmosphere into pure oxygen.

The box-shaped tool, the first built to extract a natural resource of direct use to humans from an extraterrestrial environment, could prove invaluable for future human life support on Mars and for producing rocket propellant to fly astronauts home.

Another experimental prototype carried by Perseverance is a miniature helicopter designed to test the first powered, controlled flight of an aircraft on another planet. If successful, the 4-pound (1.8-kg) helicopter could lead to low-altitude aerial surveillance of distant worlds, officials said.