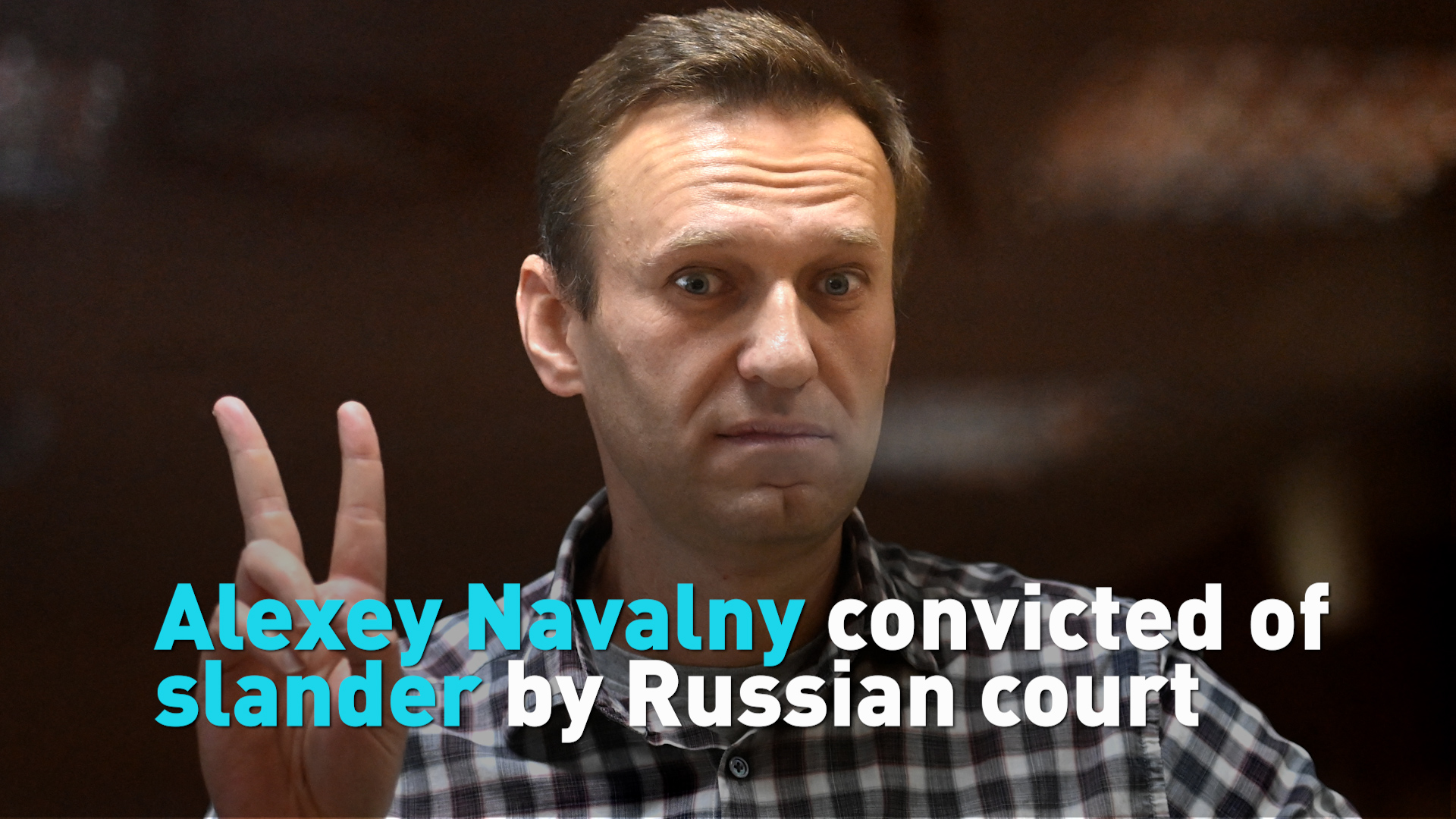 Putin critic Alexey Navalny has been convicted of slander by a Russian court, the state-run RIA Novostri says.

Navalny had returned to Russia in January to serve out the remainder of a three-and-a-half year prison sentence for violating parole.

He had been recovering in Germany after being poisoned by a nerve agent. Thousands have been detained by police for protesting Navalny's arrest.