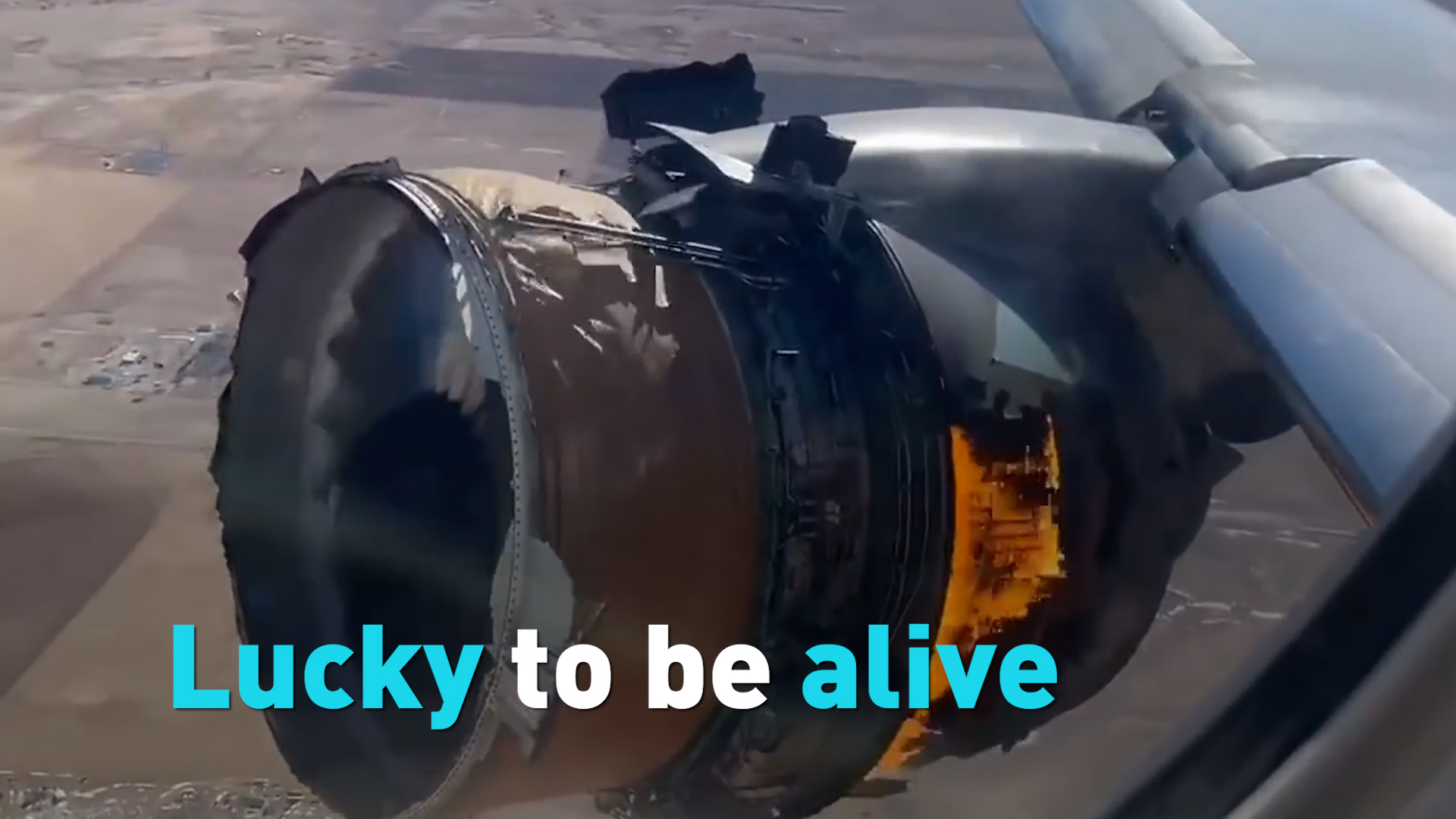 Passengers aboard a United Airlines flight that faced catastrophic engine failure say they are lucky to be alive.

The right engine of the Boeing 777-200 failed just after takeoff from Denver on Saturday.

There were 231 passengers and 10 crew members on board.

Passengers heard and saw the explosion and flash of light as the right engine caught fire under the plane's wing.

The plane, bound for Honolulu, began to fall rapidly.

On land, people in the Denver suburb of Broomfield saw the plane's engine catch on fire.

Pieces of the engine and other debris also fell to the ground, one almost hit a home and another crushed a truck.

The pilot was able to land the plane safely at Denver International Airport.

No one was hurt.