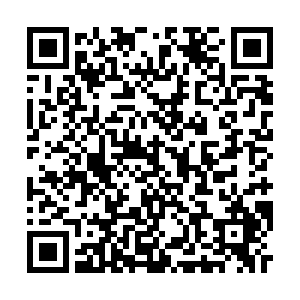 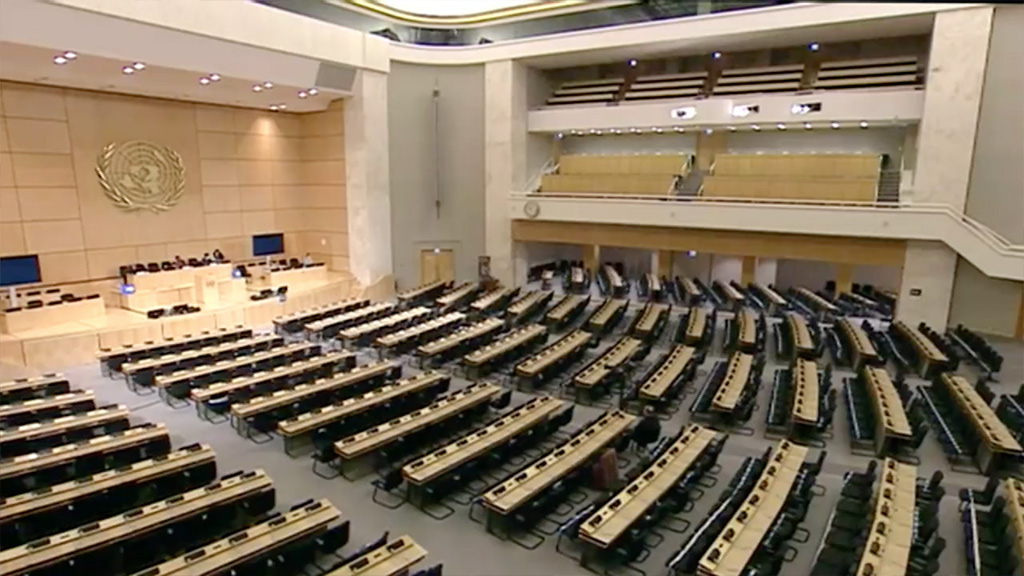 Su Guoxia, Director-General of General Affairs at China's National Administration of Rural Vitalization, delivered a speech at the meeting on poverty reduction at the 46th session of the United Nations Human Rights Council on Friday.

Here's the full text of her speech:

Before I deliver my speech, I would like to share a short video with you – "The Blooming Sunflower – Su Xiaoli."

This video tells a story about a woman called Su Xiaoli who has lifted over 200 impoverished households out of poverty by developing traditional embroidery in Huzhu Tu Autonomous County, Haidong City, Qinghai Province.

She has provided 15,000 jobs for poor people and left-behind women by setting up poverty alleviation bases and workshops in towns and villages.

This story is not only an epitome of China's poverty reduction undertaking, but also a vivid demonstration of China's efforts in protecting human rights for ethnic minorities and women.

The Chinese government is committed to a people-centered approach, puts people's rights to subsistence and development first and protects and promotes human rights through poverty reduction.

Since 2012, the Chinese government has mapped out the objective to complete the building of a moderately prosperous society in all respects by 2020, and has taken eliminating absolute poverty as the primary task.

Over the past eight years, the CPC Central Committee with Comrade Xi Jinping at the core has rallied the entire Party and all Chinese people and led them to fully exert the strength of CPC leadership and the political advantages of China's socialist system to reduce poverty with targeted ways introduced many original and distinctive measures, and waged the largest anti-poverty war with the strongest resolve ever recorded in human history.

By the end of 2020, China has accomplished its poverty alleviation target of the new era as scheduled that is, China has lifted all rural poor population out of poverty under the current standard and eradicated absolute poverty and overall regional poverty.

All of these have greatly increased people's sense of fulfillment, happiness and security and made new contributions to accelerating the world's poverty reduction process as well as advancing the international cause of human rights.

We have always put people first and made ensuring people's right to subsistence a top priority.

We are committed to assuring the rural poor population that their food and clothing needs will be met and guaranteeing them stable access to compulsory education, basic medical services, safe housing and clean drinking water.

Marked improvement has been seen in the living environment and living conditions of the poor.

Read More: 98.99m people out of destitution: How did China achieve zero extreme poverty 10 years ahead of schedule?

The per capita net income of registered poor households increased to 10,740 yuan last year from 3,416 yuan in 2015 with an average annual growth of 26 percent.

The impoverished areas in old days now have clinics and rural doctors.

Conditions of 108,000 disadvantaged schools providing compulsory education in poverty-stricken areas have been improved.

Tap water has reached more than 80 percent of the rural population of China. 11.57 million rural families registered as poor have acquired safe houses through a variety of ways.

More than 9.6 million poor people have been relocated to more inhabitable areas escaping the plight of not being able to survive.

In the towns, townships and incorporated villages with favorable conditions the coverage rates of paved roads and access to bus services have reached 100 percent.

The rate of electricity access in rural areas has reached 99 percent, and 98 percent of poor villages are linked up to fiber optic networks

We have always upheld the principal position of the people and promoted people's right to development.

We have helped improve the productive skills and operation capacity of the poor and these efforts have laid a solid foundation for sustainable development and created more opportunities for further development.

Ninety-eight percent of poor households have benefited from the development of local industries and those with labor ability and willingness, all participated in the industry-driven poverty alleviation campaigns.

Over 70 percent of the poor received production guidance and vocational skills training.

More than 900,000 rural entrepreneurial leaders in various industries have been put training programs on to help the poor to increase income.

The proportion taken up by the wage income and operating income has risen year by year.

The capacity of the poor population to get rid of poverty and achieve economic prosperity has steadily enhanced.

We introduced new forms and models of business to poverty-hit areas, and developed e-commerce businesses in all of the 832 poor counties.

A growing number of poor residents now sell their products online and more poor people have integrated into the information society via the internet and can follow the pace of modern society.

We have pursued inclusive development and protected the rights of vulnerable groups like women, children, the elderly, the disabled and people from ethnic groups.

Poor people of these specific groups are the key targets of assistance. We carried out specific plans and stepped up efforts to lift them out of poverty. We have also adopted an action plan targeting impoverished women.

In the past five years, a total of 10.21 million poor women and female elites have participated in vocational education and other training.

More than 10,000 poverty-relief workshops have been set up for empowering women.

A total of 383.8 billion yuan of guaranteed loans have been granted to support 6.57 million women to start their own businesses.

These measures enhanced women's ability to eradicate poverty by involving in industries and they also help other people improve their lives.

Women play an increasingly prominent role in China's anti-poverty cause. The elderly people who are poor and above 60 years old are all covered by the basic endowment insurance schemes for urban and rural residents.

They get pension benefits every month to ensure their access to elderly care. In order to address the difficulties and special needs of poor disabled people.

With the help of local entrepreneurs, more disabled people are engaged in industries and their capability to sustain themselves has been improved.

Meanwhile, we have intensified support for the provinces and regions where ethnic minorities live in compact communities.

Over the past five years, the central government has invested more than 240 billion yuan special funds from the central budget for poverty alleviation accounting for 46 percent of the total.

We encourage the areas where ethnic minorities live in compact communities to fully leverage their resource advantages to develop distinctive livestock and aquaculture farming.

And to promote cultural and tourist industries thus exploring new ways to increase income, and promoting the inheritance and protection of ethnic cultures.

We have advocated win-win cooperation and proactively participated in the cause of international poverty reduction.

Through foreign aid, project cooperation, technology transfer, and think-tank exchanges, we have strengthened exchanges and cooperation with the international community.

The foreign aid training has benefited more than 4,200 individuals.

The China Foundation for Poverty Alleviation carried out, the Smiling Children School Feeding Program in Ethiopia and Sudan and provided scholarships to students from universities and degree colleges in Myanmar under the Paukphaw Scholarship Project.

These moves play a big role in lowering the local dropout rates improving the physical and mental health of students and enhancing students' self-development capability in recipient areas of China's foreign assistance.

All of these actions demonstrate China's efforts in supporting poverty reduction in other developing countries and promoting human rights progress.

Ladies and gentlemen, just yesterday, the Chinese government held a national conference to solemnly declare that we have won the battle against poverty indicating that China, the largest developing country with a population of 1.4 billion had made a historic achievement in eradicating absolute poverty.

China has also made a significant contribution to global poverty reduction and has written a brilliant chapter in the story of human progress.

Chinese President Xi Jinping said, "Being lifted out of poverty is not an end in itself, but the starting point of a new life and a new pursuit."

The Chinese government will implement the 14th Five-Year Plan (2021-2025) for National Economic and Social Development from 2021.

It marks the beginning of a new journey toward fully building a modern socialist country and China is shifting its focus of rural work from poverty alleviation to all-round rural revitalization.

The State Council Leading Group Office of Poverty Alleviation and Development, where I work now, will be reorganized into the National Administration of Rural Revitalization and this newly established agency will take the responsibilities of consolidating and expanding the fruits of fighting against poverty, and comprehensively promoting rural revitalization.

We will continue to safeguard the rights of the people that have shaken off poverty and further promote the development of the areas and have them taken off the poverty list.

We have established and will improve the dynamic monitoring and assistance mechanism to prevent people who have escaped poverty from falling into poverty again and conduct regular monitoring of those at risk of returning to poverty, so that we can timely identify problems and give prompt assistance to avoid slipping back into poverty en masse.

We continue to support the industrial development in the areas taken off the poverty list and bolster weak spots in technology, facilities and marketing to take industries to a higher level.

Through these efforts, we shall ensure no one is left behind in China's rural revitalization. improve quality of life and preconditions for development and move towards common prosperity for everyone.

Ladies and gentlemen, dear friends, in facing the COVID-19 pandemic the Chinese people are ready to work with people of all other countries to deal with crisis and challenges to advance poverty reduction with determination and continue to facilitate the building of the community with a shared future for mankind featuring no poverty and common prosperity.