Download
What's in the sweeping voting rights bill in the U.S.?
CGTN 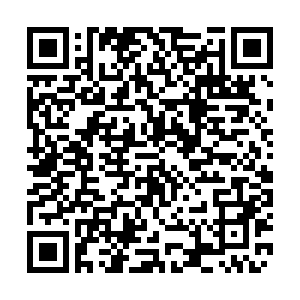 The U.S. House of Representatives passed an enormous voting rights bill on Wednesday.

Known as H.R. 1, the bill is nearly 800 pages -- and if the Senate passes it -- would constitute the biggest additions to federal voting since the 1965 Voting Rights Act.

Here's what's in it, and how likely it will pass the Senate.

* Automatic voter registration, internet voter registration, same-day registration.
* More limits places on states who purge registered voters from their rolls.
* Restores voting rights to former felons.
* Mandates 15 days of early voting.
* Prevents states from putting additional restrictions on vote by mail and voter identification.
* Allows anyone 16 or older to apply to vote, while maintaining 18 as the voting age.
* Creates a pilot program for people with disabilities to register to vote privately at residences
* Endorses statehood for the nation's capital city Washington D.C.
* Creates a task force that will issue a report on how voters in U.S. territories of
American Samoa, Guam, the Northern Mariana Islands, Puerto Rico, and the U.S. Virgin Islands can have "full and equal voting rights" in the election of the president and vice president and full and equal voting representation in the House of Representatives.
* Puts restrictions on gerrymandering by requiring congressional redistricting to be conducted by independent commissions in each state and not state legislatures.
* Bans mid-decade redistricting. 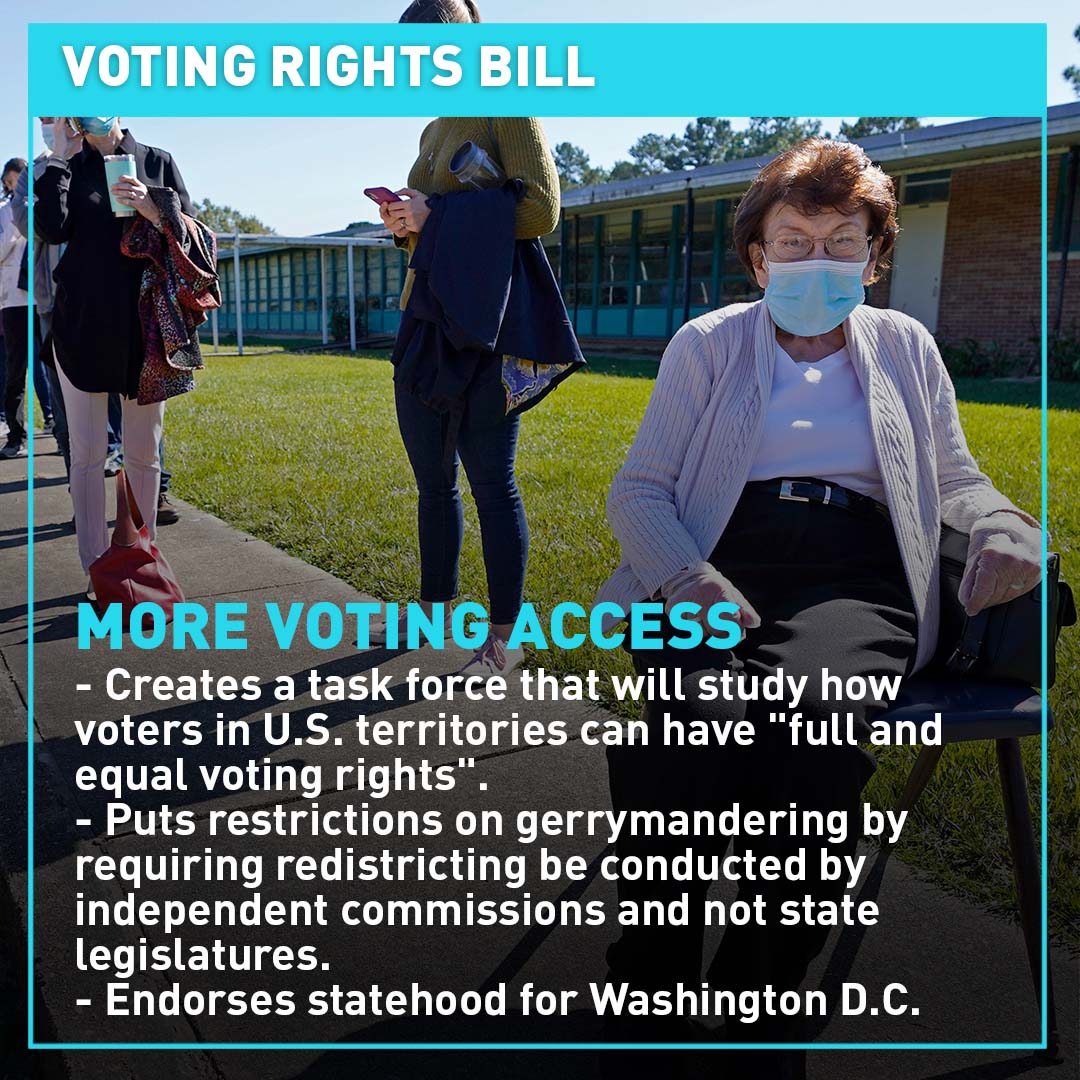 * Candidates running for president and vice president must submit to the Federal Elections Commission a copy of their tax returns for the last 10 years.
* The sitting president and vice president must also submit copies of their tax returns for the last 10 years.
* Within a month of taking office, the president and vice president must divest all financial interests that pose a conflict of interest.
* No member of Congress or employee of a member can use their official position to aid in the passage of legislation meant to further financial gain
* Any government employee cannot award a contract to a former employer within two years of leaving that company's employ.
* Adds another year to the restriction on working for government and then the private sector to prevent revolving door of influence.
* Former government procurement officers may not take jobs from government contractors for two years instead of one.
* Establish a clearinghouse on lobbying information
* Prohibits Members of House of Representatives from serving on boards of for-profit entities.
* Reports on outside compensation earned by congressional employees. 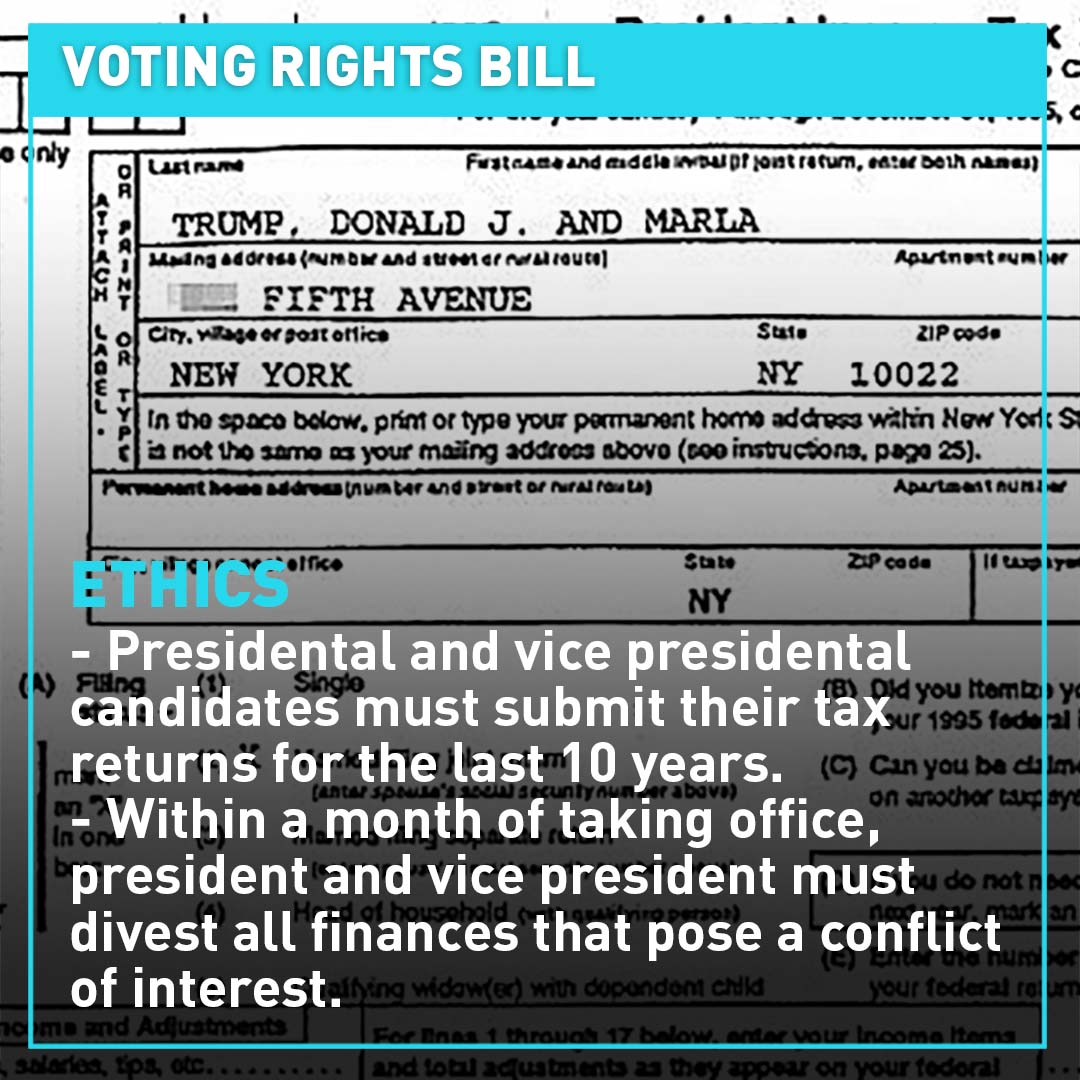 Despite its passage in the House, the bill faces a difficult road in the Senate.

Republicans have argued that the all-encompassing bill imposes on individual state rights.

Former President Donald Trump recently said at the Conservative Political Action Conference: "This monster must be stopped... It cannot be allowed to pass."

While Democrats have a majority with Vice President Kamala Harris' tie breaking vote in the Senate, the bill would likely face a Republican filibuster, and it would take 60 votes to end debate and move to a vote.

That essentially means Democrats would have to convince 10 Republicans to vote yes on the bill for it to pass - an unlikely outcome.

Senators could change the procedural rules to eliminate the filibuster, but Democrats are themselves divided on such a change.