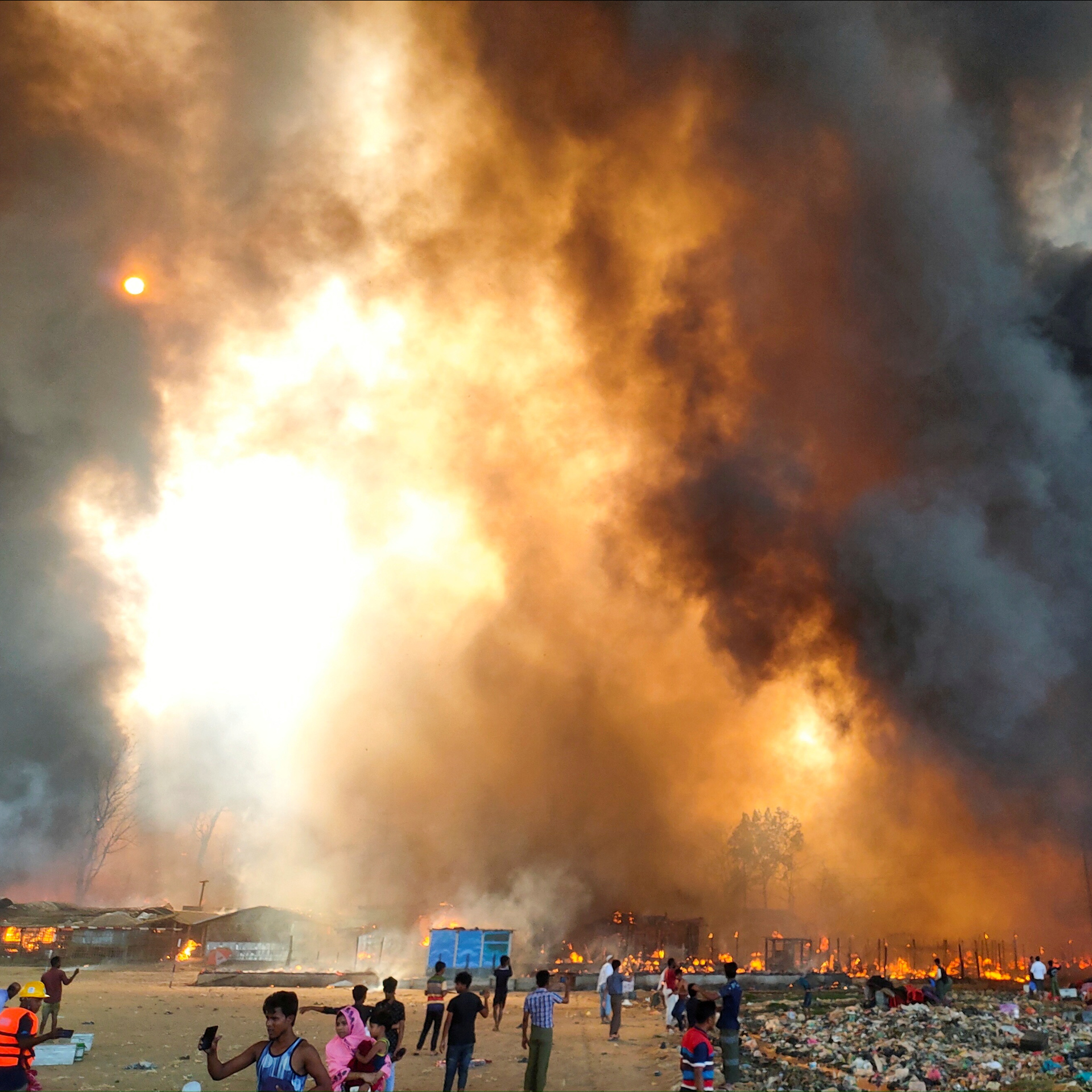 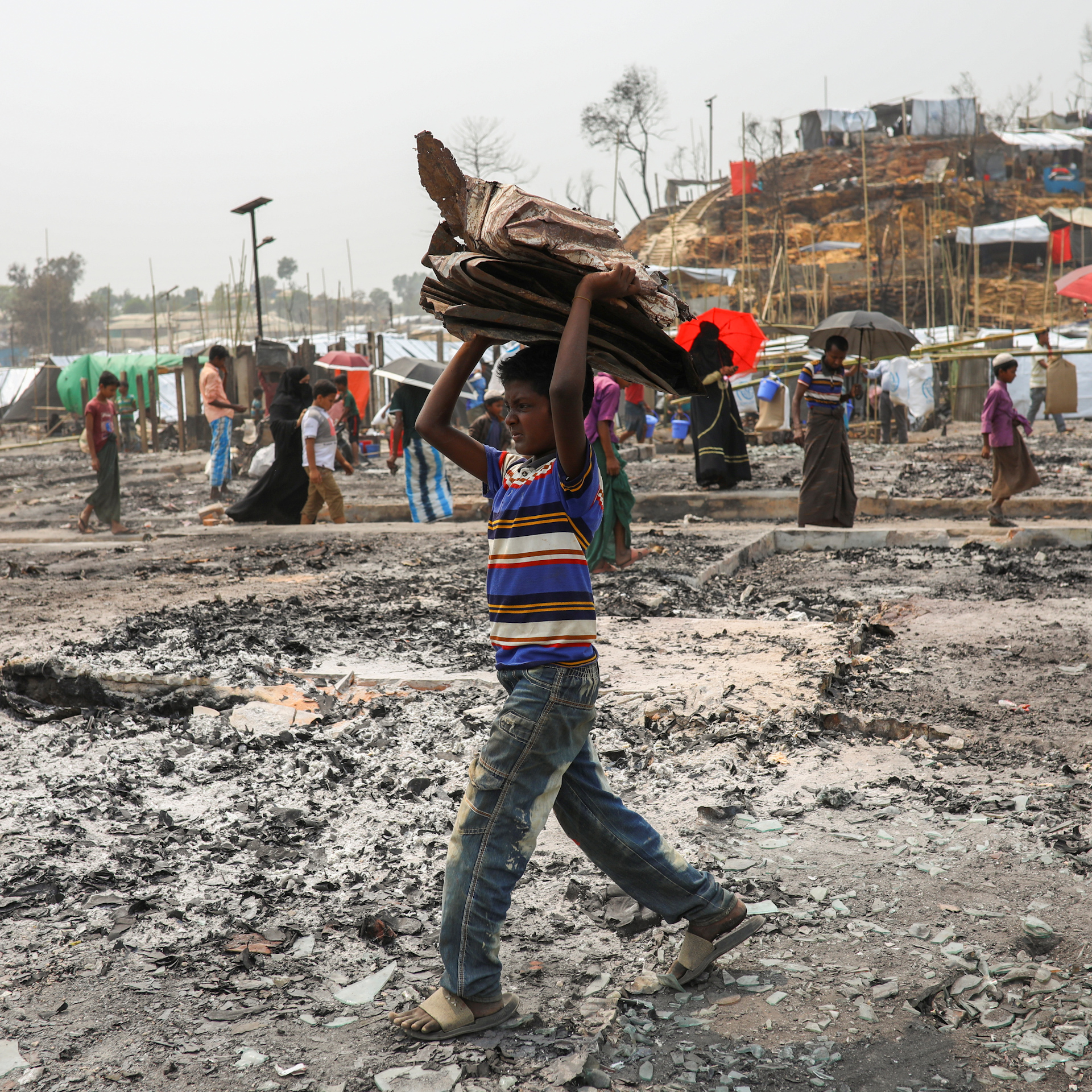 At least 45,000 people displaced, at least 15 dead, and hundreds injured and many missing after a massive fire ripped through a Rohingya refugee camp in Bangladesh, the U.N. refugee agency said.

The fire ripped through the Balukhali camp near the southeastern town of Cox’s Bazar late on Monday, burning through thousands of shanties as people scrambled to save their meager possessions.

Some 40,000 huts in the camp were burned down and two major hospitals of the International Organization for Migration (IOM) and Turkish government were also destroyed, said Mohammad Mohsin, secretary of the Ministry of Disaster Management and Relief, after visiting the camp.