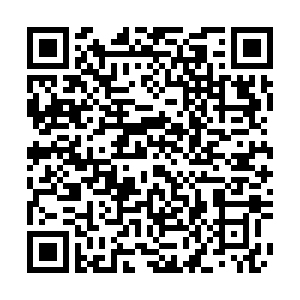 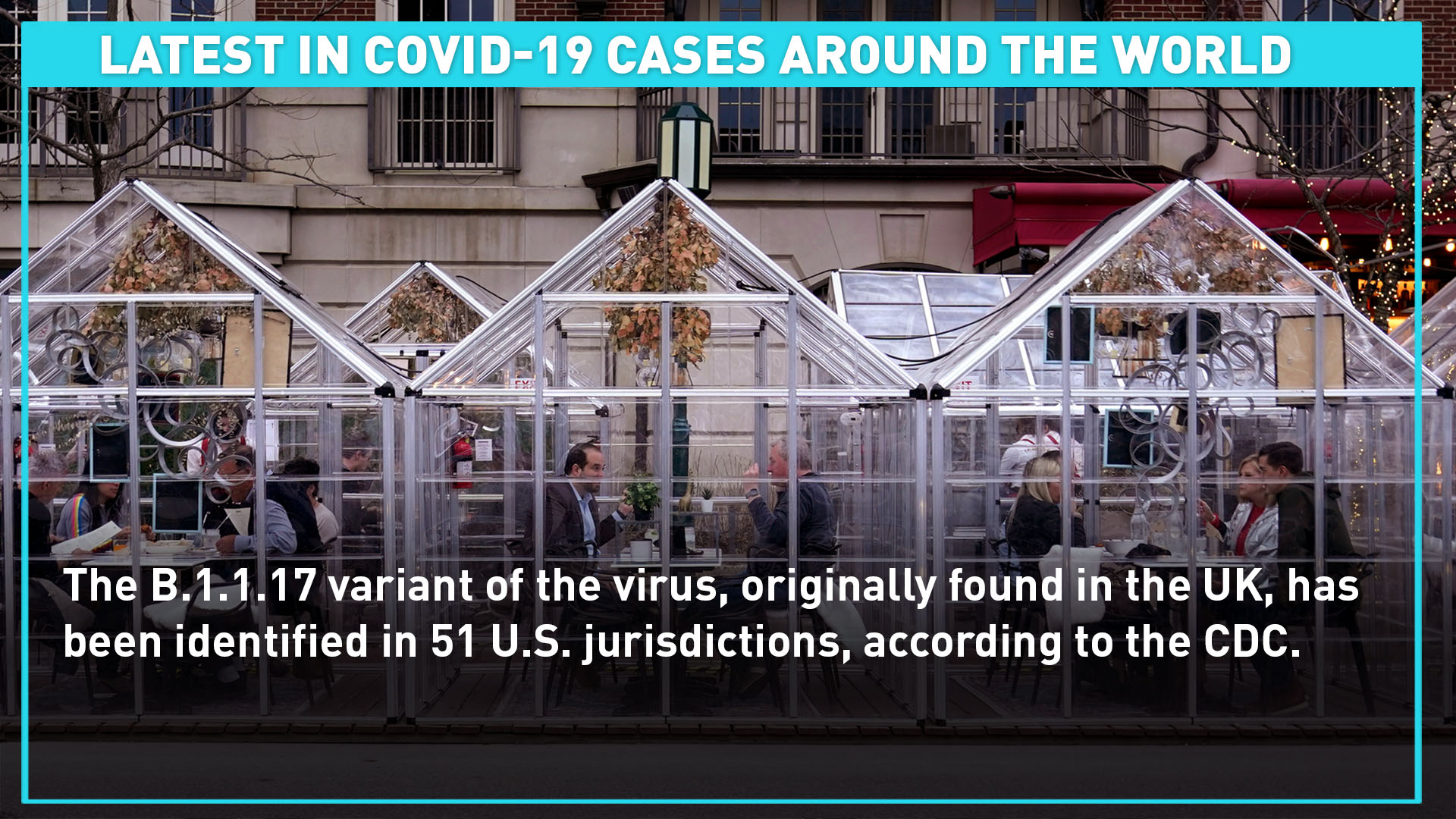 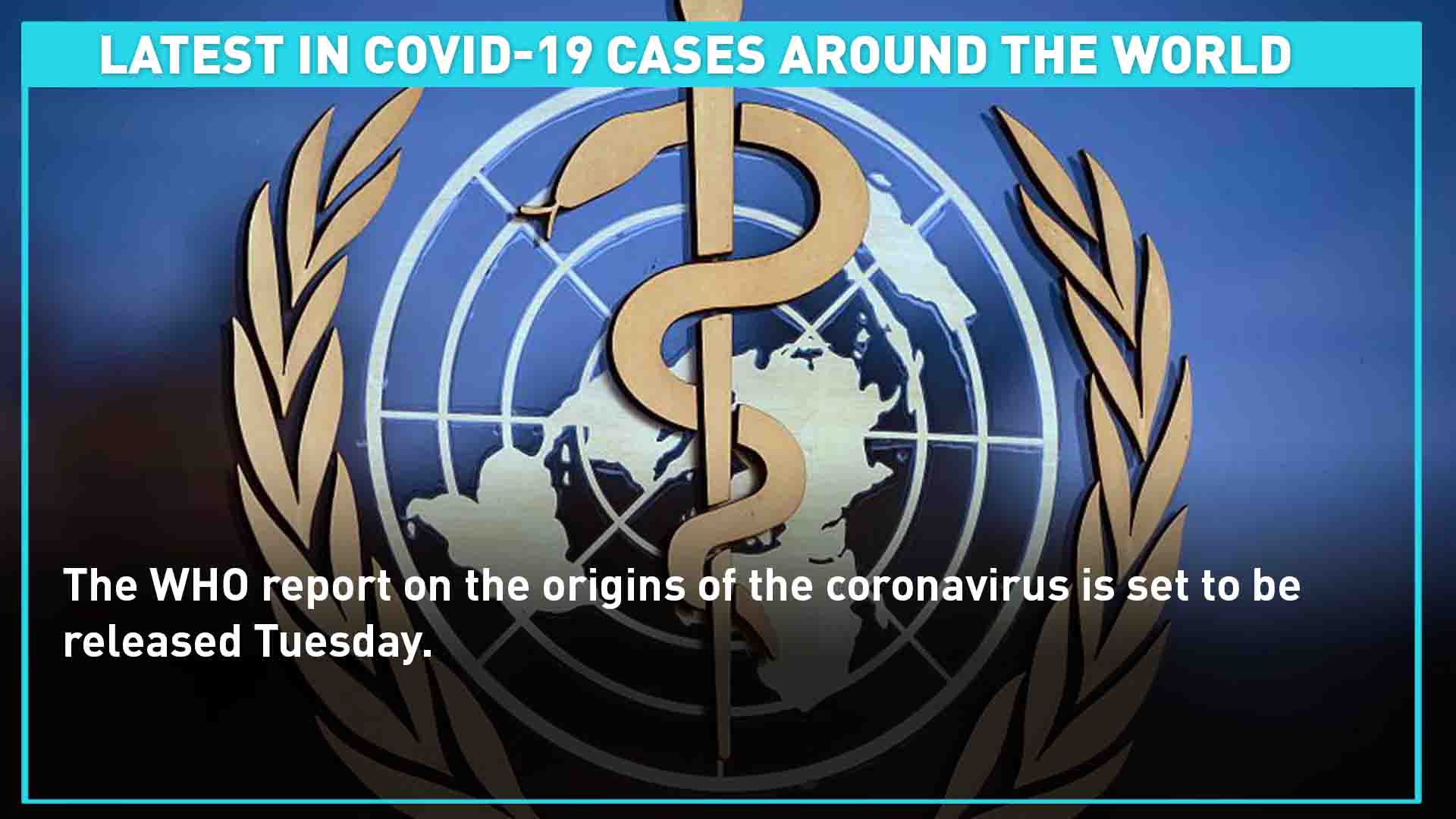 States across the U.S. are reporting a rise in COVID-19 cases, sparking concerns from health experts of a new surge of the virus.

Reported cases went up by 10% compared to the previous week, with about 60,000 cases a day, according to the Centers for Disease Control and Prevention head Dr. Rochelle Walensky.

Walensky urged Americans to be more vigilant as the pandemic surges into a new phase.

"We have so much to look forward to, so much promise and potential of where we are and so much reason for hope,” she said during a virtual White House briefing. “But right now, I’m scared.”

Cases of the highly contagious coronavirus variant have also increased numbers. The B.1.1.7 variant, first found in the UK, was identified in all 51 U.S. jurisdictions, with more than 10,500 confirmed cases.

While state leaders are telling residents and citizens to double down on safety and precaution measures, other leaders across the country are easing restrictions.

The Biden administration is still working to make sure more Americans are getting vaccines. Almost 30% (28.6%) of Americans have received one dose of a COVID-19 vaccines, while some 16% (15.8%) are fully vaccinated, according to the CDC.

The White House website has set up a dashboard tracking the numbers of vaccines administered in the country, with a goal of 200 million shots by April 29.

President Joe Biden announced that 90% of adults will be eligible for COVID-19 vaccines and have vaccination sites within 5 miles of their homes by April 19.

Meanwhile, the World Health Organization’s long-awaited report on the origins of the coronavirus following a mission to Wuhan is scheduled to be released Tuesday, according to Director-general Tedros Adhanom Ghebreyesus.

“WHO has received the full mission report over the weekend on the origins of the SARS-CoV-2 virus from the team that visited Wuhan earlier this year,” Tedros said at a virtual press conference Monday.

Chinese and WHO experts worked together on the research and mission in Wuhan from January 14 to February 10.

The report is being closely watched because discovering the source of the viruses could help prevent future pandemics, the Associated Press notes.

After three months of lockdown, England embarked on a major easing of restrictions, Monday. Families and friends will be able to meet in outdoor spaces and more sports will be permitted.

On Sunday, for the second time this year, London, once the epicenter of the pandemic in the UK, reported no deaths from the virus.

The Palestinian Authority received a shipment of 100,000 dose of China’s Sinopharm vaccine on Monday, the largest single batch of vaccines to be delivered to the territories. The rollout has lagged behind Israel.

Canada's National Advisory Committee on Immunization is recommending a pause on the AstraZeneca vaccine for people under 55 years old for safety reasons, the Associated Press reports.

Several European countries that suspended use of the vaccine because of concerns around blood clotting have resumed administering the vaccine after EU drug regulators gave it the go ahead.