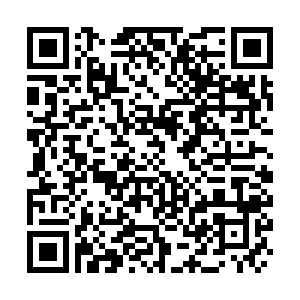 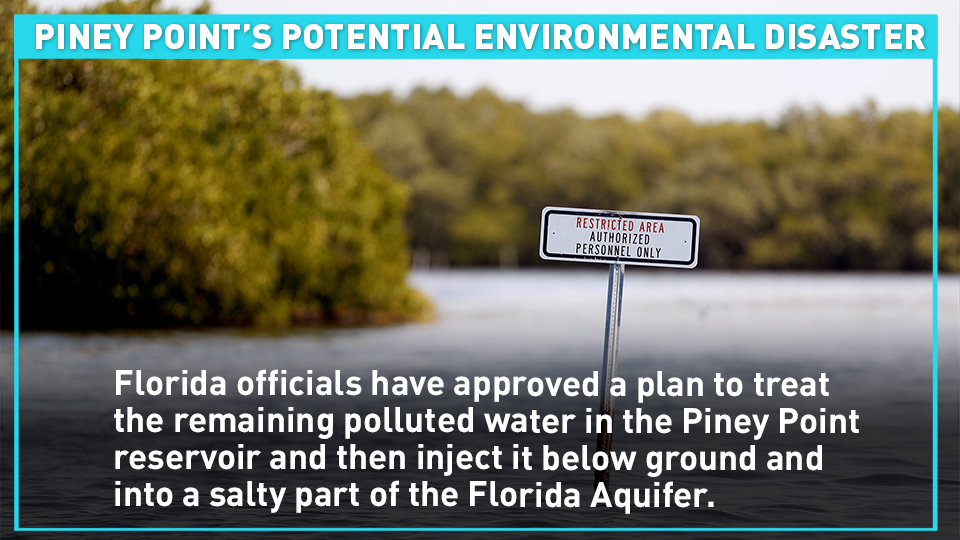 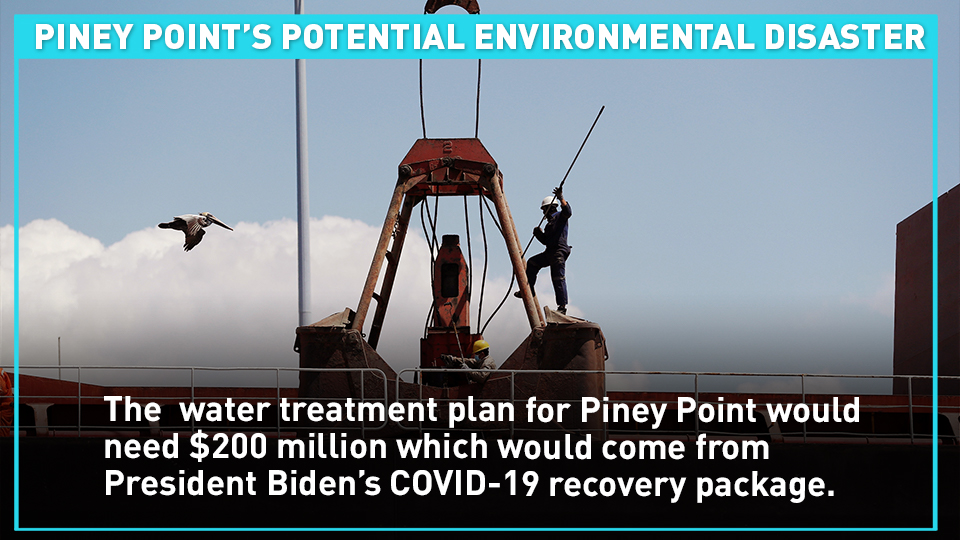 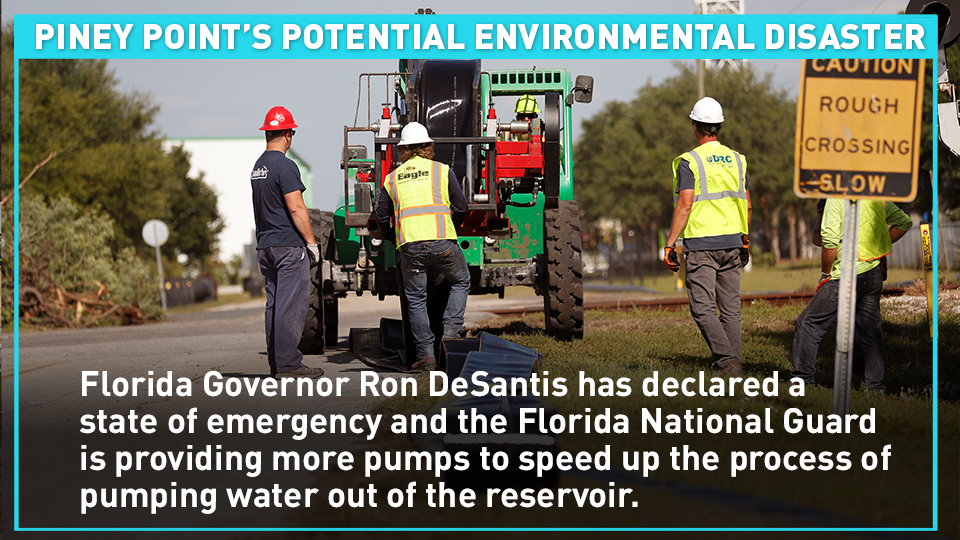 The Florida Tampa Bay Area is under threat of an environmental disaster as officials in Manatee County work quickly to release wastewater from a reservoir that's on the verge of collapse.

Local government officials have approved a plan to treat the remaining polluted water in the reservoir and then inject it below ground and into a salty part of the Florida Aquifer. This plan would need $200 million which would come from President Biden's COVID-19 recovery package, the Washington Post reports.

But local farmers are concerned with how this will impact the Florida aquifer and others worry this plan could also be used for other facilities storing radioactive-phosphate processing waste.

Officials found a leak in the reservoir, which holds contaminated water from the former Piney Point phosphate plant, over the weekend, and have been pumping out more than 33 million gallons of water per day in efforts to reduce water pressure on the reservoir.

Florida Governor Ron DeSantis has declared a state of emergency and the Florida National Guard is providing additional pumps to speed up the process of pumping water out of the reservoir.

"But to be clear: the water being discharged to Port Manatee is not radioactive. It is primarily saltwater from the Port Manatee dredge project, mixed with legacy process water and storm water runoff, " said DeSantis during a press conference. 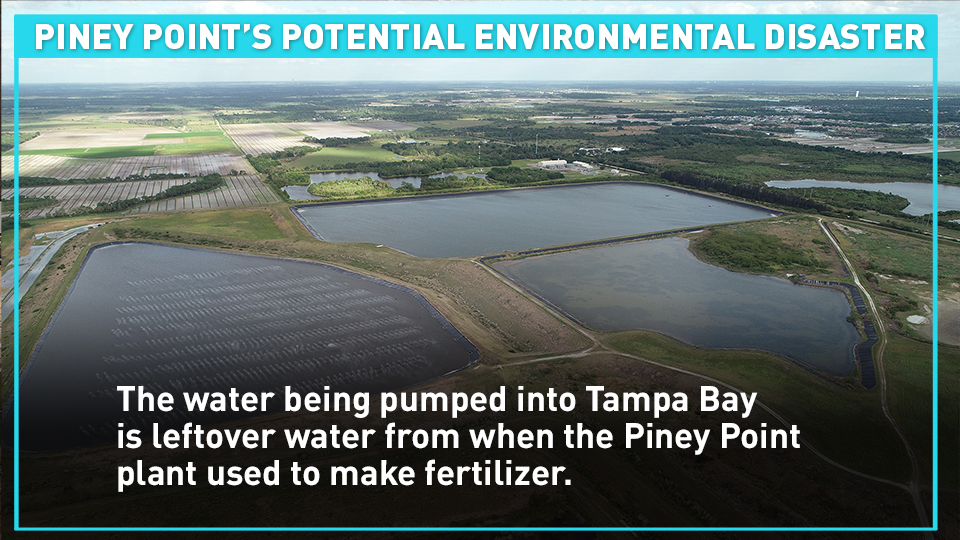 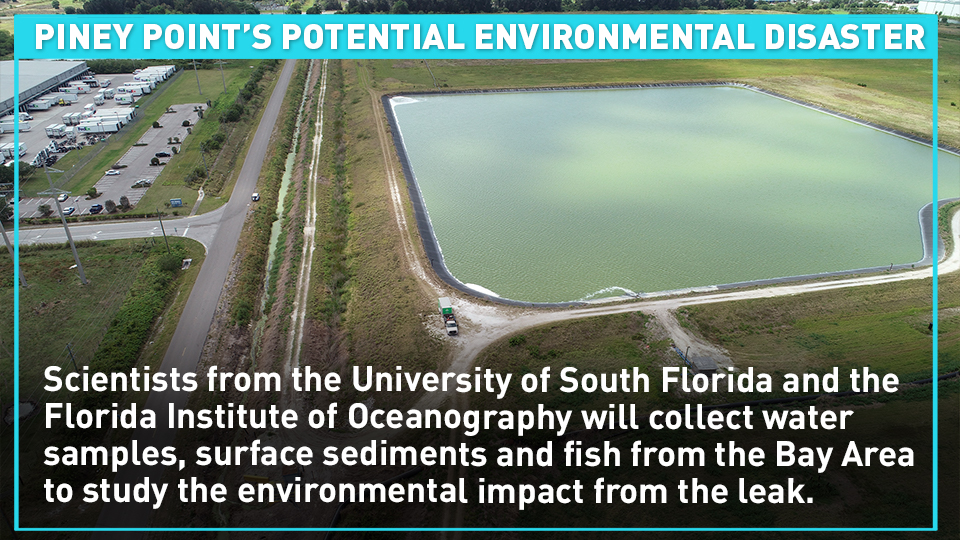 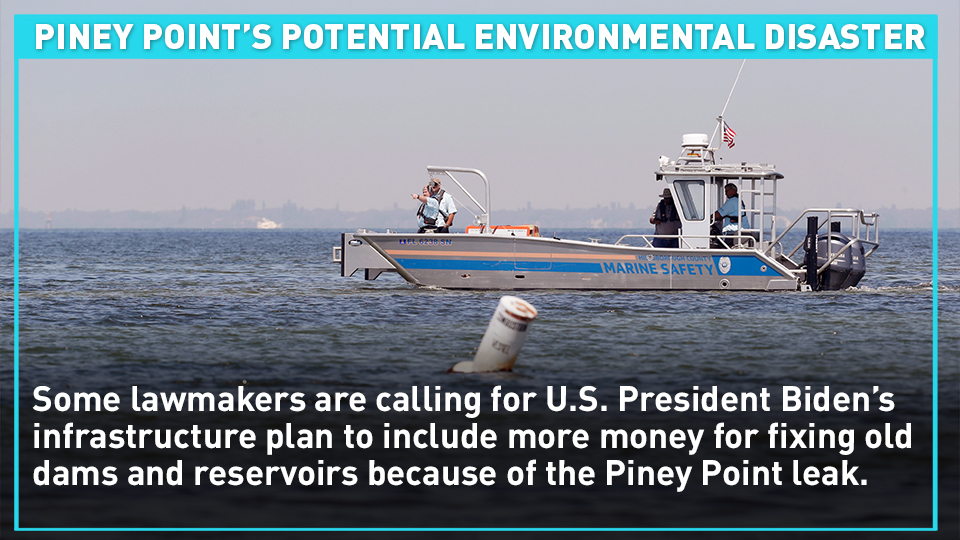 The water being pumped from the reservoir contains phosphorus, nitrogen and ammonia, which could lead to harmful algal blooms and impact local marine life.

It is water left from when the Piney Point plant used to make fertilizer that was shipped around the U.S. Currently, the plant is owned by HRK Holdings, who has used the site to dispose of shipping materials.

Scientists from the University of South Florida College of Marine Science and the Florida Institute of Oceanography are studying the environmental impact of this water being pumped into the Tampa Bay according to the USF Oracle.

The team will collect water samples, surface sediments and fish from the Bay Area to study.

"Most people understand that the discharge water is a combination of stormwater, so-called dredge water and some legacy process water. It is fairly saline, it’s high in nutrients, so our chemists are going to be particularly interested in looking at the nitrogen and phosphorus and other nutrients in the system," said USF College of Marine Science Dean Thomas Frazer.

Some of that information will be available immediately but other test results could take days or weeks to process.

Acting Manatee County Administrator Scott Hopes says the efforts to release pressure on the reservoir are 'working' but "we are not out of the critical area yet."

The leak at the former Piney Point phosphate plant is encouraging calls for Biden’s infrastructure plan to include more money for fixing old dams and reservoirs. Currently, his plan sets aside $50 billion for improving infrastructure resilience, with some of that money going to dam safety, the Washington Post reports.