Download
History of anti-Black policing in the U.S.
Jim Spellman 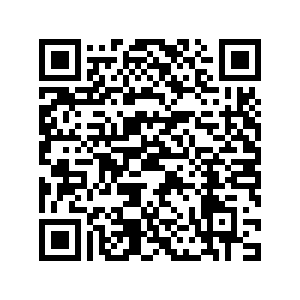 Policing in what is now the United States began with so-called “Slave Patrols” in the 1700s. Informal possies formed to round up enslaved people who escaped.

Even after slavery ended in the 1860s, police continued to focus on African Americans, often arresting free Black men for petty crimes and using them for prison labor.

Niambi Carter from Howard University says, "You have now this hyper concern about Black people without masters. So, what would these Black people be like? And many people feared that Black people will become lazy criminals."

Into the 20th century, police forces became more professional and organized, but still often focused on enforcing so-called “Black Codes” and “Jim Crow Laws”, all aimed at limiting the freedom of Black Americans.

Geoff Ward at Washington University in St. Louis says, "The problem of policing is a problem of American identity and American political culture. This is a pervasive, systemic phenomena that is written into the very idea of the society. And then and then manifest in all kinds of institutional and cultural ways."

By the civil rights era of the 1960s, police interactions with African Americans sparked deadly riots in the Watts section of Los Angeles, in Detroit and other cities. Racial resentment boiled to the surface, pitting heavily armed, mostly White police against mostly poor Blacks suffering from discrimination.

After a high-speed chase in 1991, police in Los Angeles brutally beat Rodney King.

Four officers were charged but all were acquitted.  Protests turned violent. There was more frustration over a criminal justice system many see as stacked against African Americans.

The Rodney King case began a new phenomenon - police interactions caught on camera. Video evidence is no guarantee of accountability, but some feel it is helping drive change.

Advocates of criminal justice reform are pushing for a major overhaul in U.S. policing, but real change may require a larger confrontation with racism in the United States.

Niambi Carter at Howard University says, "Police officers are like everybody else. They grow up in this morass of racial stereotyping, and they act on it in the performance of their duty. But everyday, we walk out that door as Black people in this body, in this skin. We know it is a gamble, and that is the God's honest truth."