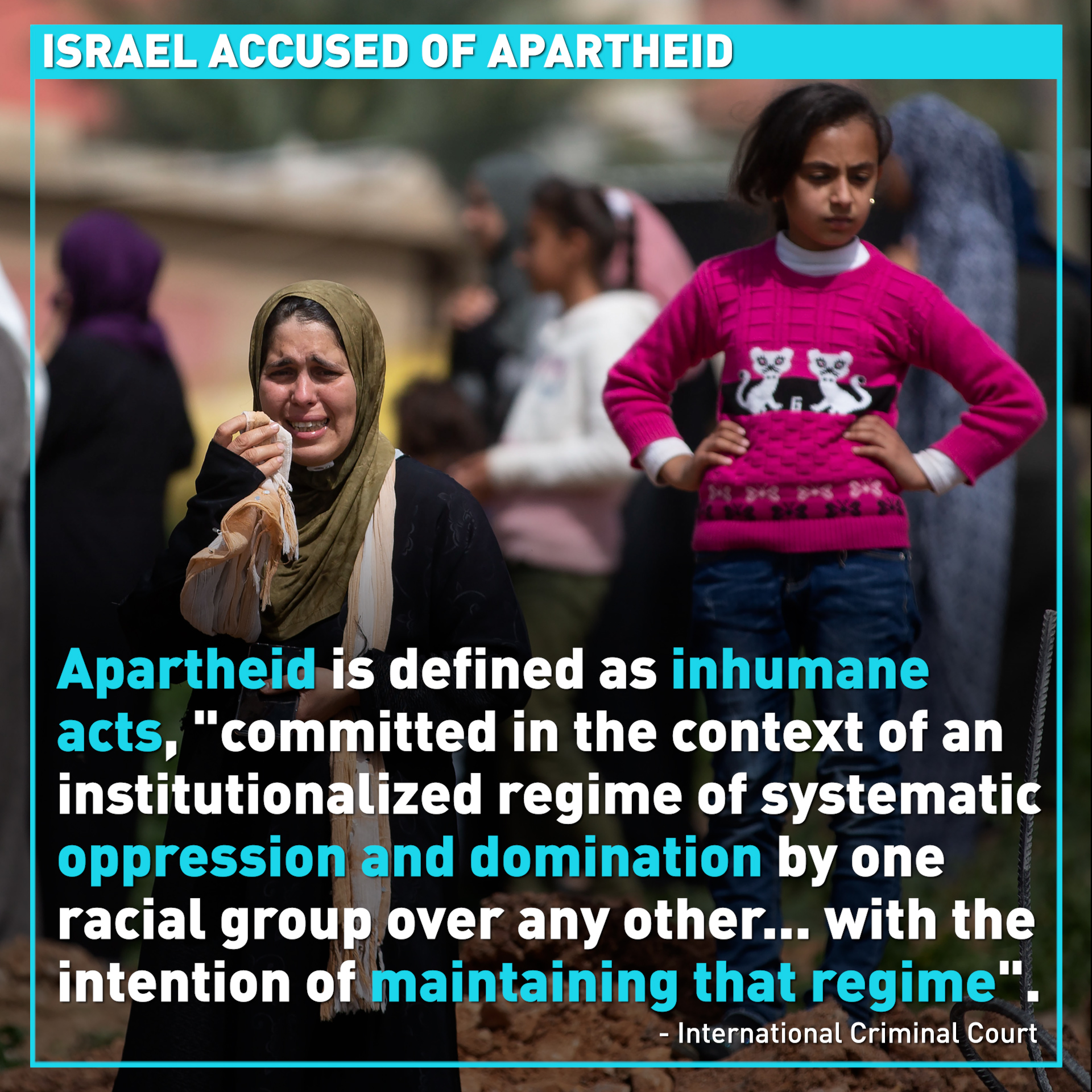 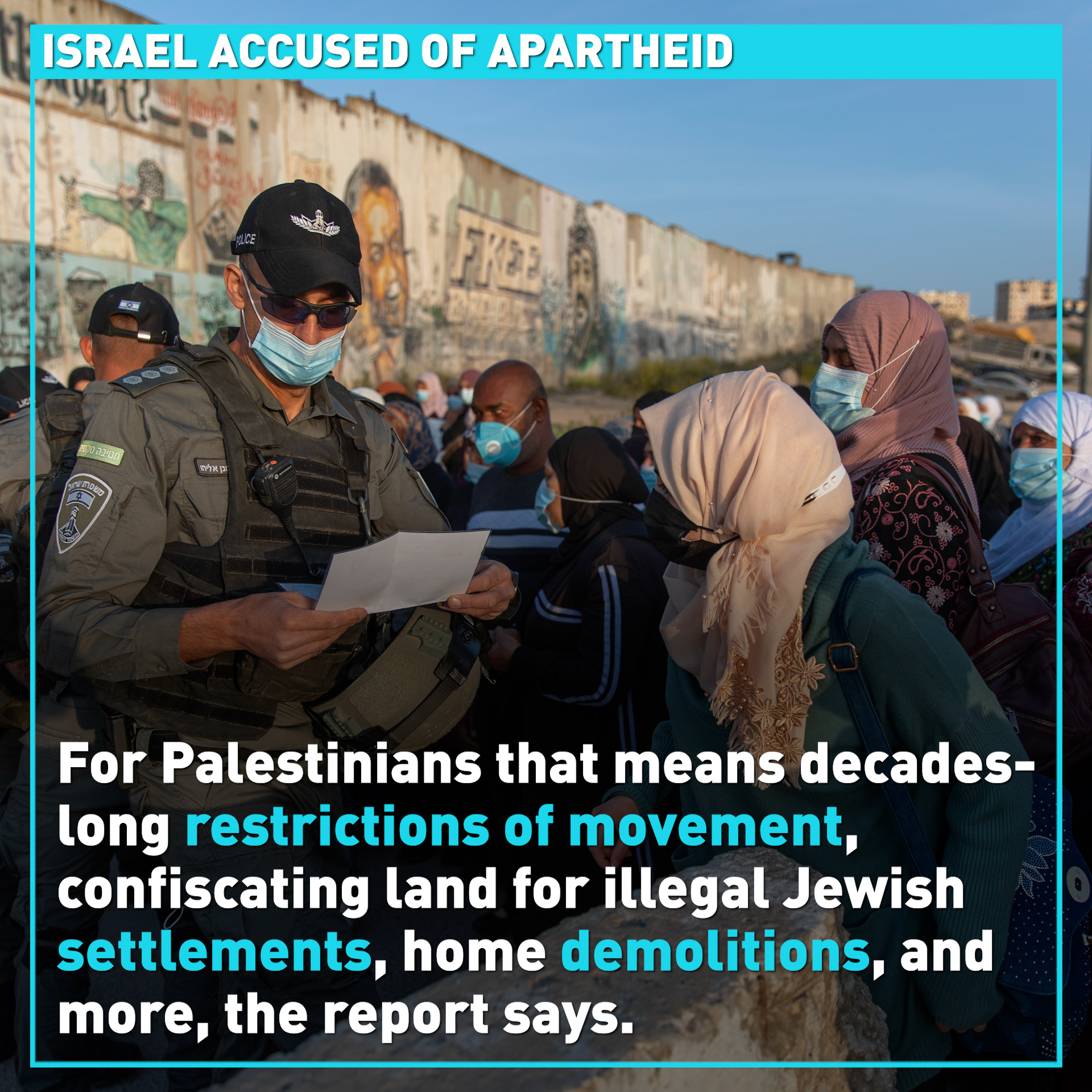 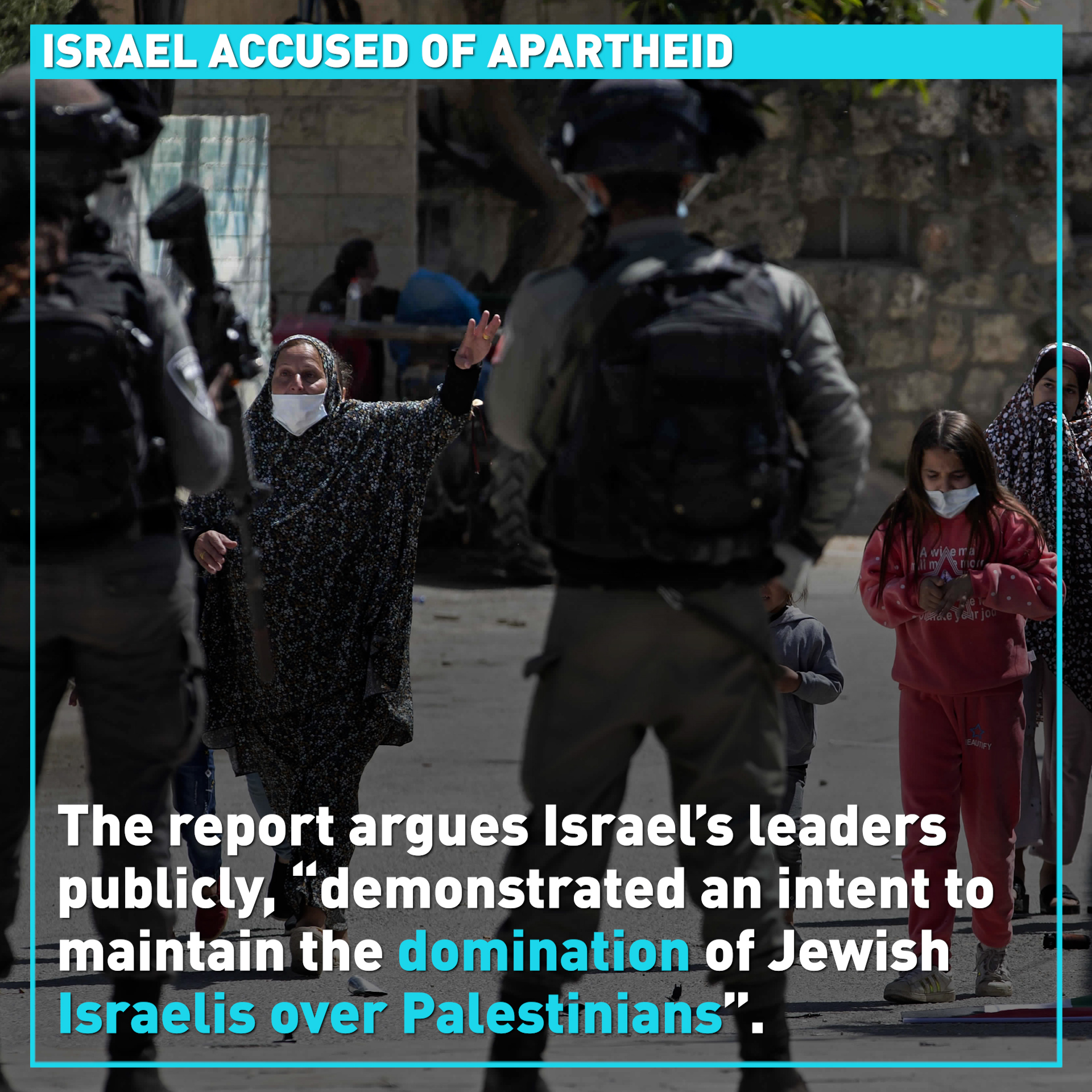 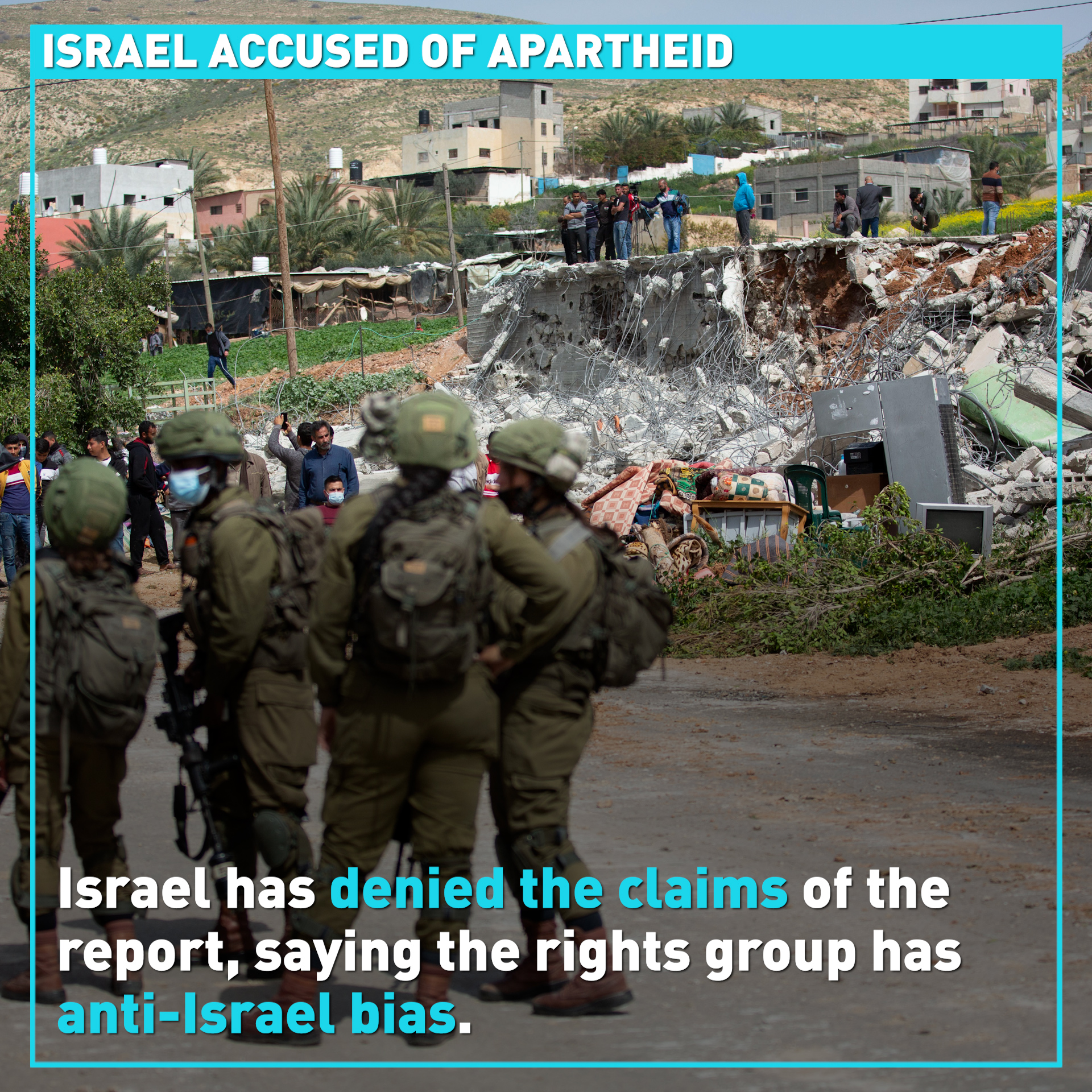 Israel is guilty of apartheid policies for its persecution of Palestinians along with its own Arab minority, says the world’s leading international rights group. What exactly does apartheid mean in this case?

The International Criminal Court defines the crime of apartheid as inhumane acts "committed in the context of an institutionalized regime of systematic oppression and domination by one racial group over any other racial group or groups and committed with the intention of maintaining that regime".

The report argues Israel’s leaders publicly “demonstrated an intent to maintain the domination of Jewish Israelis over Palestinians”. Israel has denied the claims of the report, saying the rights group has anti-Israel bias.