The Group of Seven Western countries are seeking to court international allies to counter challenges from China and Russia without holding Beijing down, and while pursuing more stable ties with the Kremlin, the two diplomats said Monday.

"It is not our purpose to try to contain China or to hold China down," Blinken told reporters Monday. "What we're trying to do is to uphold the international rules based order that our countries have invested so much in over so many decades."

The U.S. secretary of state also said that Washington wants a more stable relationship with Moscow, "but much will depend on how aggressively the Kremlin decides to act," he added.

Beijing said earlier confrontation against China won't serve the U.S. well, and called on Washington to be constructive on urgent global issues, including containing the pandemic, recovering the economy and fighting climate change. 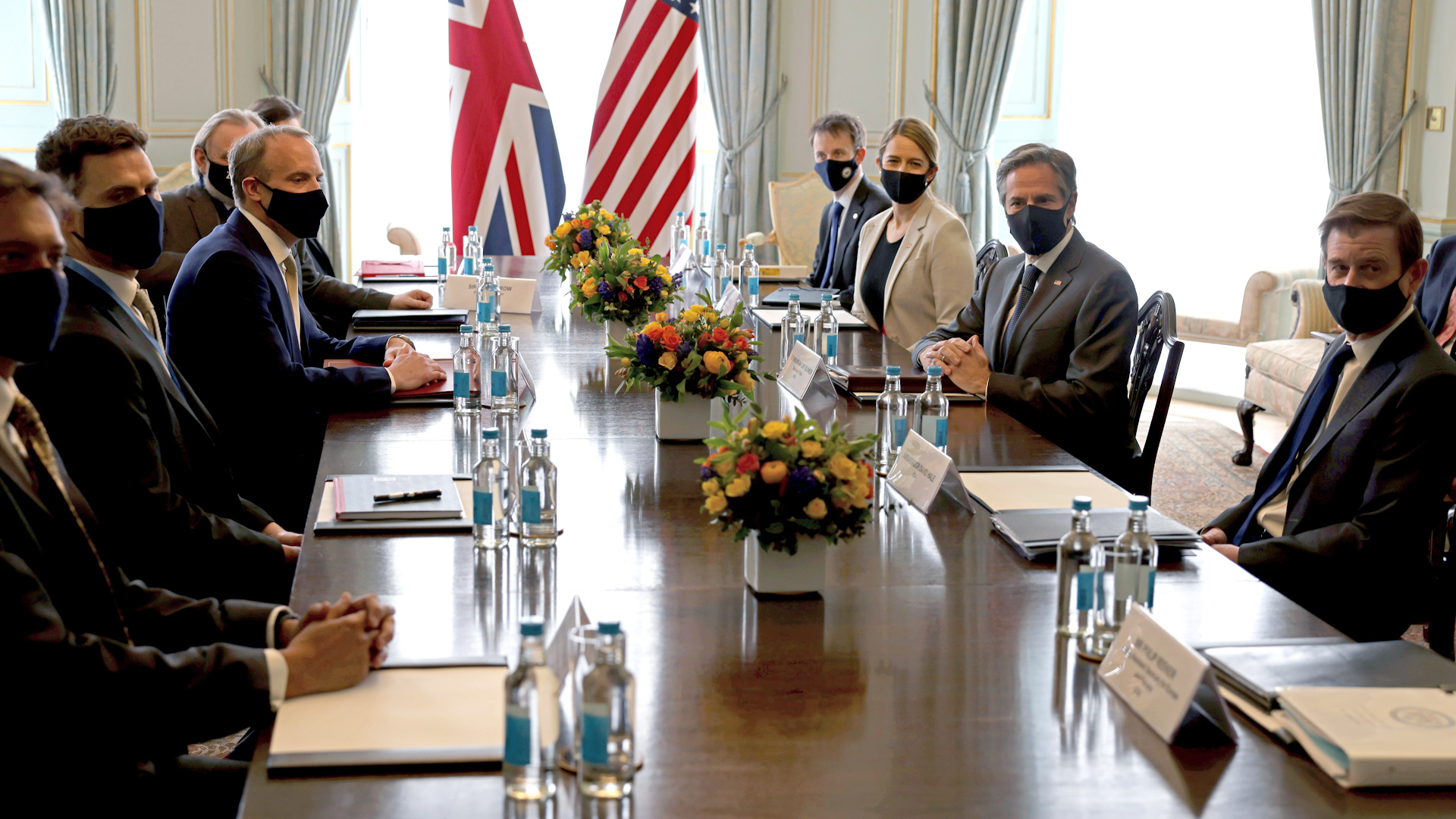 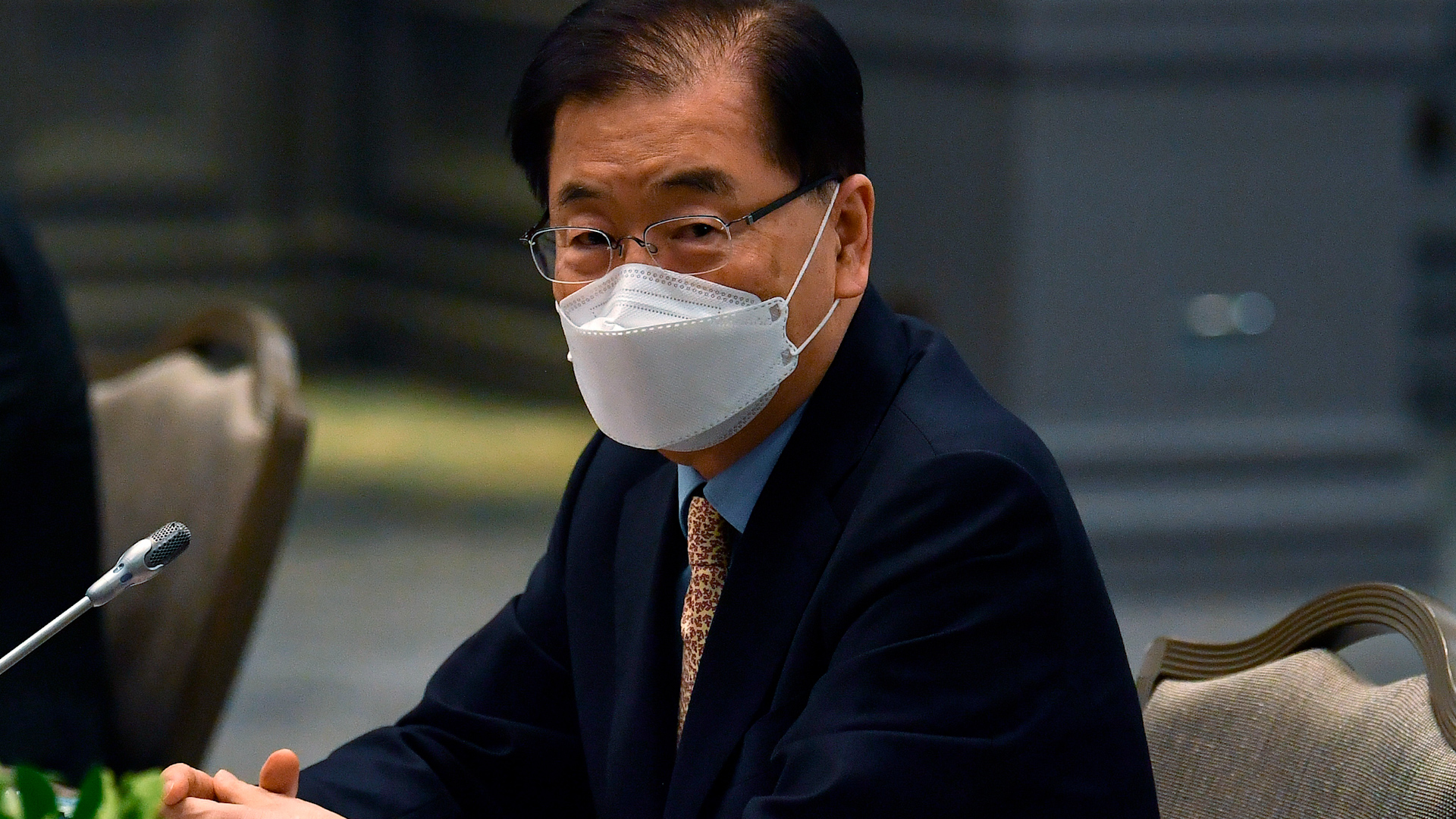 Blinken called on the DPRK to "engage diplomatically" if it wants to achieve the denuclearization of the Korean Peninsula.

"And so we'll look to see not only what North Korea (DPRK) says but what it actually does," Blinken said. "It is, I think, up to North Korea to decide whether it wants to engage or not on that basis."

Talks aimed at persuading Pyongyang to surrender its nuclear weapons program have been stalled since a series of summits between President Joe Biden's predecessor, Donald Trump, and DPRK leader Kim Jong Un failed to yield a deal.

Blinken's comments came a day after the DPRK lashed out at the United States in a series of statements, saying recent comments from Washington were proof of a hostile policy that required a corresponding response.

White House said on Friday it had completed a months-long review of policy towards the DPRK in which complete denuclearization remained the goal. It said it would explore diplomacy to that end but not seek a grand bargain with the country.

Regarding U.S. withdrawal in Afghanistan, the U.S. secretary of state reiterated assistance to the country and warned to take "decisive actions in response," if their forces get attacked.