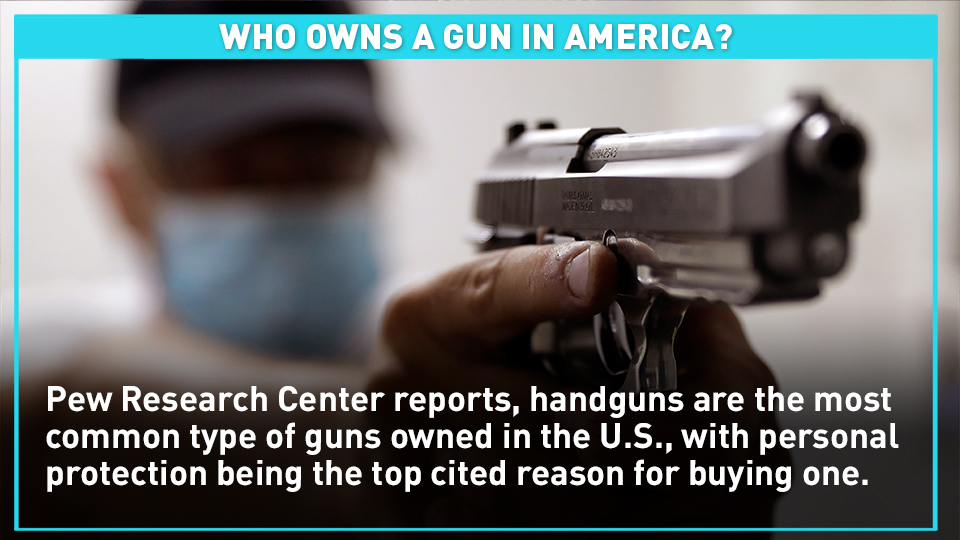 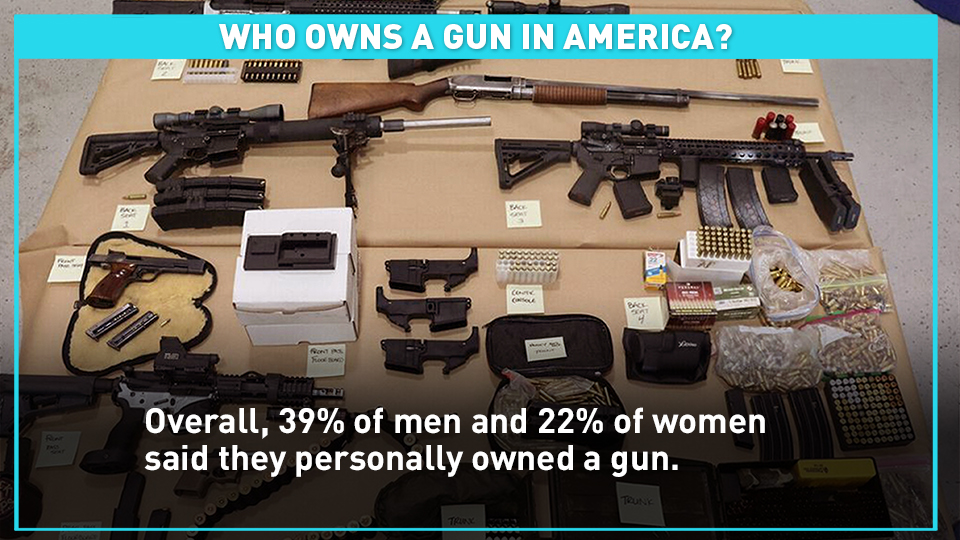 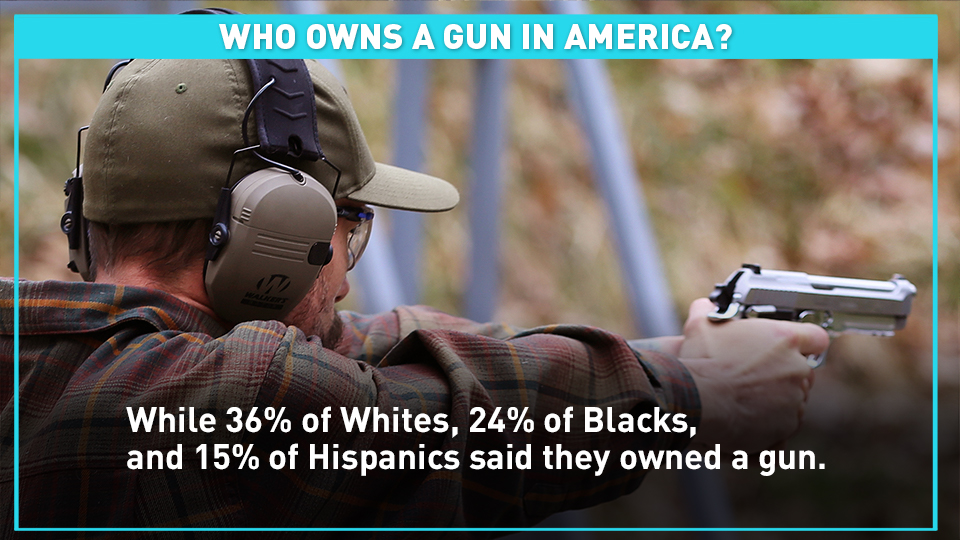 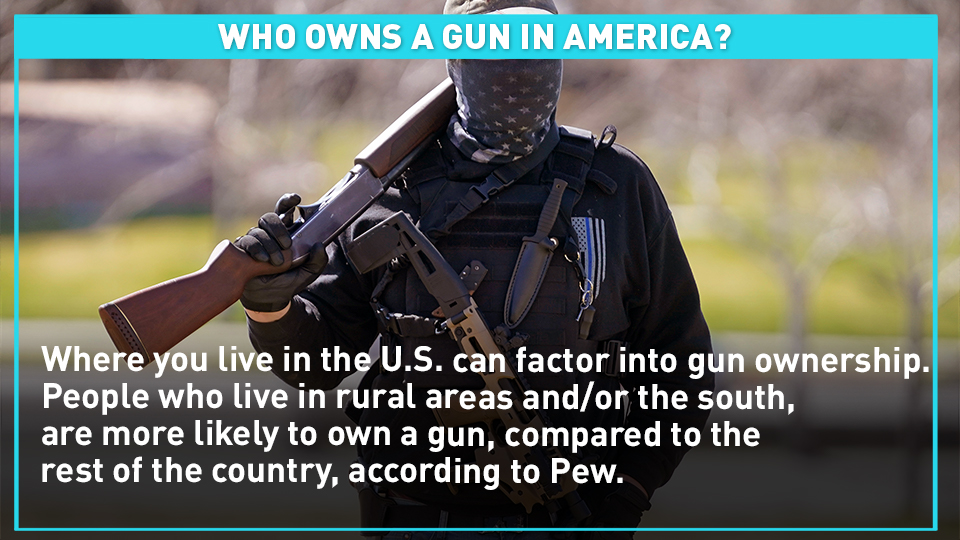 As many in the U.S. attempt to resume their pre-pandemic routines, gun violence is rising across the country. And so are gun sales.

A record 21 million people went through background checks to buy a gun last year, according to the National Shooting Sports Foundation. A survey from the foundation also found that 40% of those people were first-time gun owners.

A 2017 survey by the Pew Research center found 30% of U.S. adults said they owned a gun, while 11% said they didn't personally own one but lived with someone who did.

Among the group of those who didn't currently own a gun, about half said they could see themselves owning one in the future.

The pandemic, civil unrest, and mass shootings are encouraging many Americans to buy their first gun.

Pew Research Center reports, handguns are the most common type of guns owned in the U.S., with personal protection being the top cited reason for buying one.

But what are the demographics of gun ownership in the country?

The 2017 Pew survey found guns more common among men than women, and among White people compared to Blacks.

Overall, 39% of men and 22% of women said they personally owned a gun.

Where you live in the U.S. can factor into gun ownership.
Pew found that while ownership varied, people who live in rural areas of the country were more likely to own a gun.

Those who lived in the Southern region of the U.S. were also more likely to own one compared to the rest of the country, according to Pew.

Pew's survey found education and political affiliation could also influence gun ownership.
Overall, 31% of owners had a high school education or less, and 34% had some college education.

Still, pinpointing the exact number of U.S. gun owners is difficult since there is no national registration requirement.

Gun analysts say along with increased sales of guns, hoarding and panic-buying of ammunition likely led to a current nationwide shortage of ammo.

According to the Geneva-based Small Arms Survey research group, the U.S. is the most heavily armed society in the world.

The group says about 121 firearms are in circulation for every 100 people.
And the demographics behind gun ownership may be changing.

The National Shooting Sports Foundation survey of gun sales last year found purchases by Black Americans up 56%, more than any other race.  The owner of Redstone Firearms, California’s only Black-owned gun shop told NPR she's noticed a particular increase in Black women coming to the store to buy a gun.