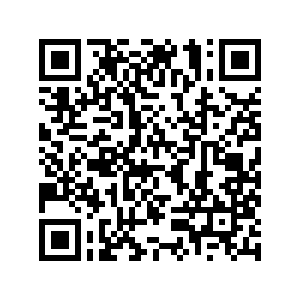 Israel bombarded Gaza with artillery and air strikes on Friday in response to a new barrage of rocket fire from the Hamas-run enclave, but stopped short of a ground offensive in the conflict that has now claimed more than 100 Palestinian lives.

As the violence intensified, Israel said it was carrying out an attack "in the Gaza Strip" although it later clarified there were no boots on the ground. Israeli security forces have also been scrambled to contain deadly riots between Jews and Arabs, and projectiles have been fired on Israel from Lebanon.

"We are ready and we will continue to prepare ourselves for various scenarios," Israeli army spokesman Jonathan Conricus said earlier, specifying that a ground invasion was "one of the scenarios." 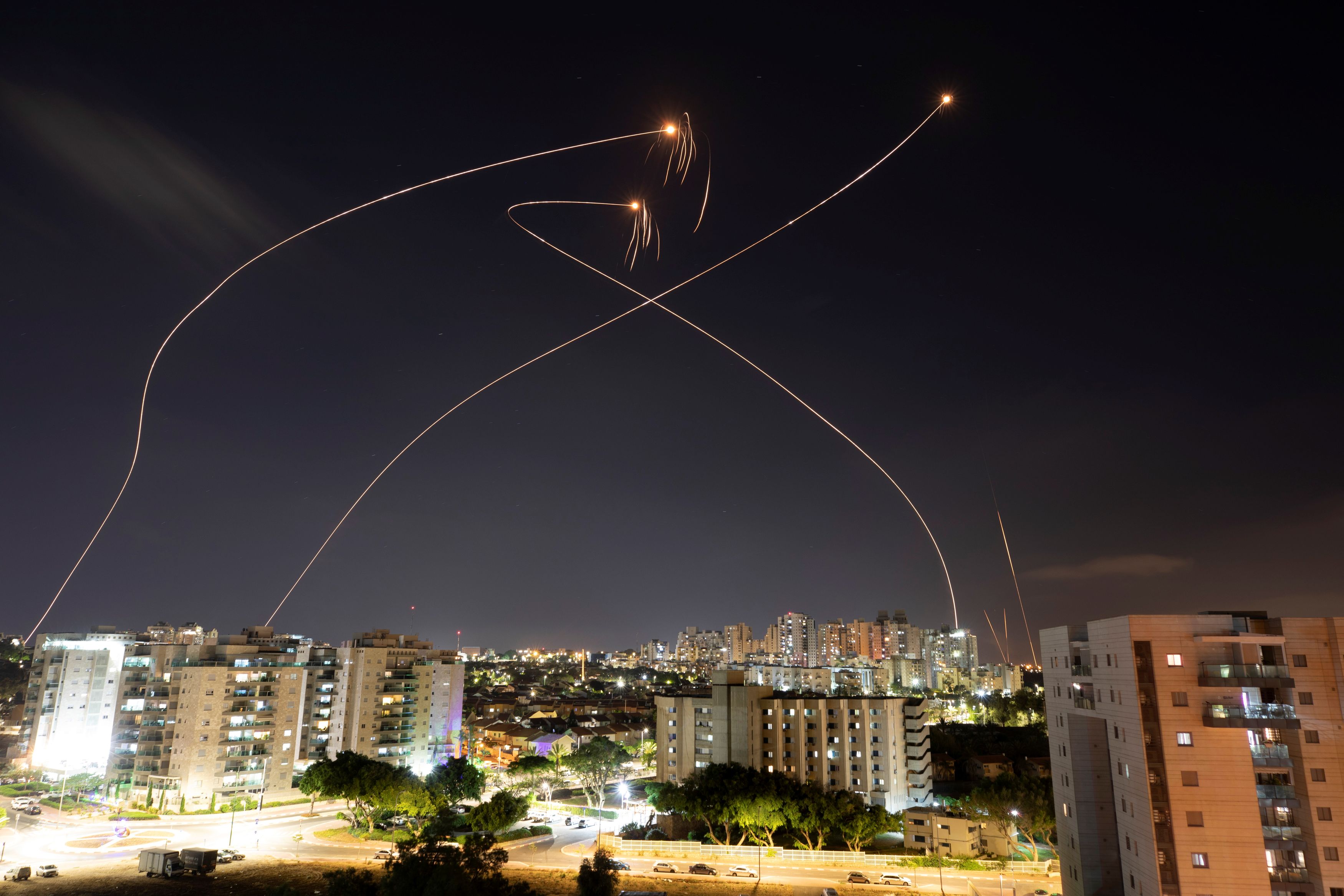 Streaks of light are seen as Israel's Iron Dome anti-missile system intercept rockets launched from the Gaza Strip towards Israel, as seen from Ashkelon, Israel, May 13, 2021. /Reuters

Streaks of light are seen as Israel's Iron Dome anti-missile system intercept rockets launched from the Gaza Strip towards Israel, as seen from Ashkelon, Israel, May 13, 2021. /Reuters

The Israeli Defense Ministry has given the army the green light to mobilize thousands of reservists if necessary.

"Any ground incursion in any part of the Gaza Strip will lead to an increase in the number of dead and prisoners from the enemy side," warned the armed branch of Hamas which continued to launch rockets towards southern Israel.

There were intense artillery exchanges Thursday night with balls of flames rising high into the sky after strikes smashed into densely packed Gaza.

Dozens of rockets were fired from Gaza towards the southern Israeli coastal cities of Ashdod and Ashkelon, and in the vicinity of Tel Aviv's Ben Gurion airport.

This video by @omaralsersawi on Instagram captured the moment the Al-Sharouk Tower in the Gaza Strip was bombed by Israeli fighter jets on Wednesday.

According to the Health Ministry in Gaza, at least 103 people have been killed since Monday, including 27 children, and more than 580 wounded since Monday.

With the conflict showing no signs of easing, Israel has been rocked by an unprecedented wave of mob violence, in which both Arabs and Jews have been savagely beaten and police stations attacked.

The Israeli military said earlier it had hit targets in Gaza more than 600 times while 1,750 rockets were fired from the Hamas-run enclave.

The heavy bombardments coincided with the start of Eid al-Fitr, which marks the end of the Muslim holy fasting month of Ramadan, and saw the faithful pray at mosques and amid the rubble of Gaza's collapsed buildings.

Israeli air force claimed jets had struck a "military compound" of the "intelligence headquarters" of the Hamas while rocket from the group constantly fire deep into Israel's commercial center and destroy three power lines. 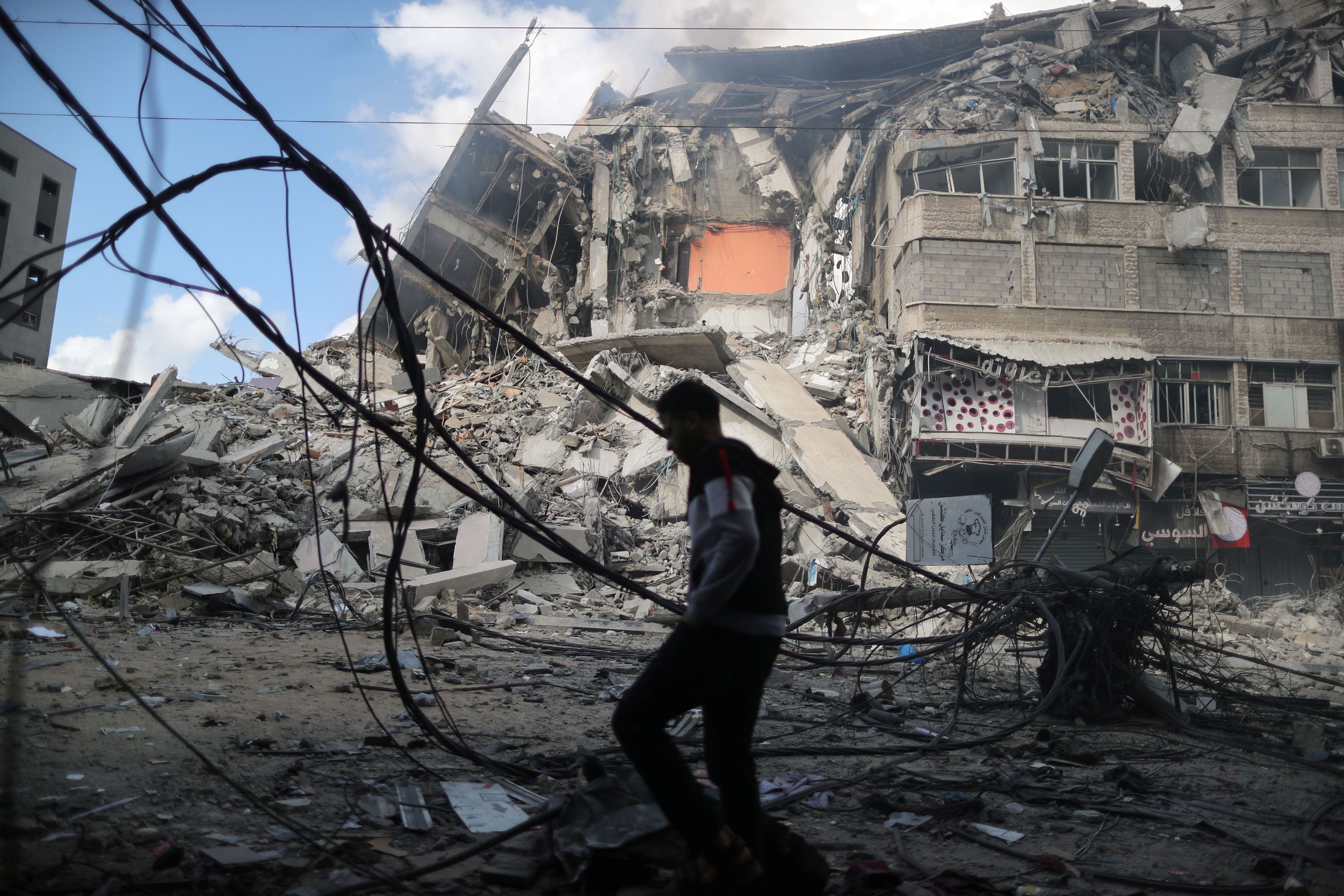 The remains of a tower building which was destroyed in Israeli air strikes, amid a flare-up of Israeli-Palestinian violence, on the first day of Eid al-Fitr holiday, in Gaza City, May 13, 2021. /Reuters

The remains of a tower building which was destroyed in Israeli air strikes, amid a flare-up of Israeli-Palestinian violence, on the first day of Eid al-Fitr holiday, in Gaza City, May 13, 2021. /Reuters

The United Nations (UN) Security Council will hold a virtual public meeting Sunday to address the soaring violence between Israel and the Palestinians, diplomats said Thursday.

The United States, which had blocked an originally scheduled Friday session and proposed a meeting early next week, agreed to move the session ­– requested by China, Tunisia and Norway – to Sunday, the same sources said.

China called for restraint from Israel amid heightened tensions, Zhang Jun, China's permanent representative to the UN said on Wednesday.

China is deeply concerned with the situation in Palestine. China strongly condemns violence against civilians and calls on all relevant parties, especially Israel, to exercise restraint, he said.

Asked about the scrapping of Friday's session, U.S. Secretary of State Antony Blinken said the United States was not blocking a meeting but wanted to hold it later. "We are open to and supportive of an open discussion at the United Nations," Blinken told reporters in Washington. "I think we're looking at early next week. This, I hope, will give some time for the diplomacy to have some effect," he said. Before the meeting was set for Sunday.