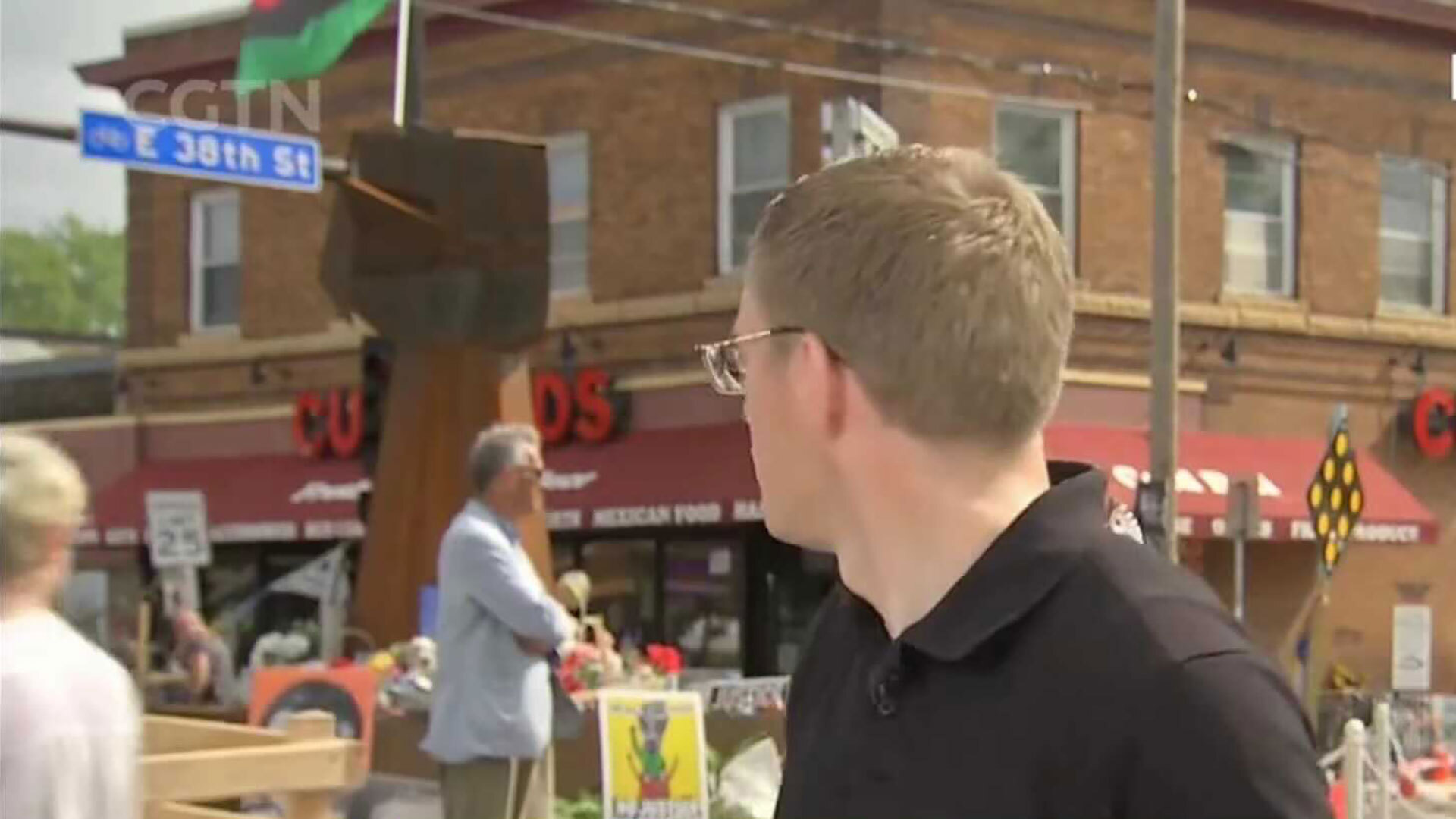 Reporter Philip Crowther was interrupted by what are believed to be gunshots, as he was reporting on the anniversary of George Floyd's murder in Minneapolis for CGTN.  He tweeted they counted 30 shots in reviewing the video.

The Minneapolis intersection where George Floyd died was disrupted by gunfire Tuesday, just hours before it was to be the site of a family-friendly street festival marking the anniversary of his death at the hands of police.

Associated Press video from 38th Street and Chicago Avenue — informally known as George Floyd Square — showed people running and seeking cover as shots rang out. Police said one person later appeared at a nearby hospital with a gunshot wound, but it wasn’t immediately clear if that person was hurt in the incident near the intersection.

Philip Crowther, a reporter working for AP Global Media Services, which provides live video coverage to customers, reported hearing as many as 30 gunshots about a block east of the intersection. Crowther said a storefront window appeared to have been broken by a gunshot.

“Very quickly things got back to normal,” Crowther said. “People here who spend a significant amount of time, the organizers, were running around asking, ‘Does anyone need a medic?’ It seems like there are no injuries.”

Police said they responded to a reports of gunfire at about 10:10 a.m. at the 3800 block of Elliot Ave. South. Callers told police that a vehicle was seen speeding away from the area. Community members said shootings are a common occurrence, and that they do not want it to distract from the George Floyd remembrances today. 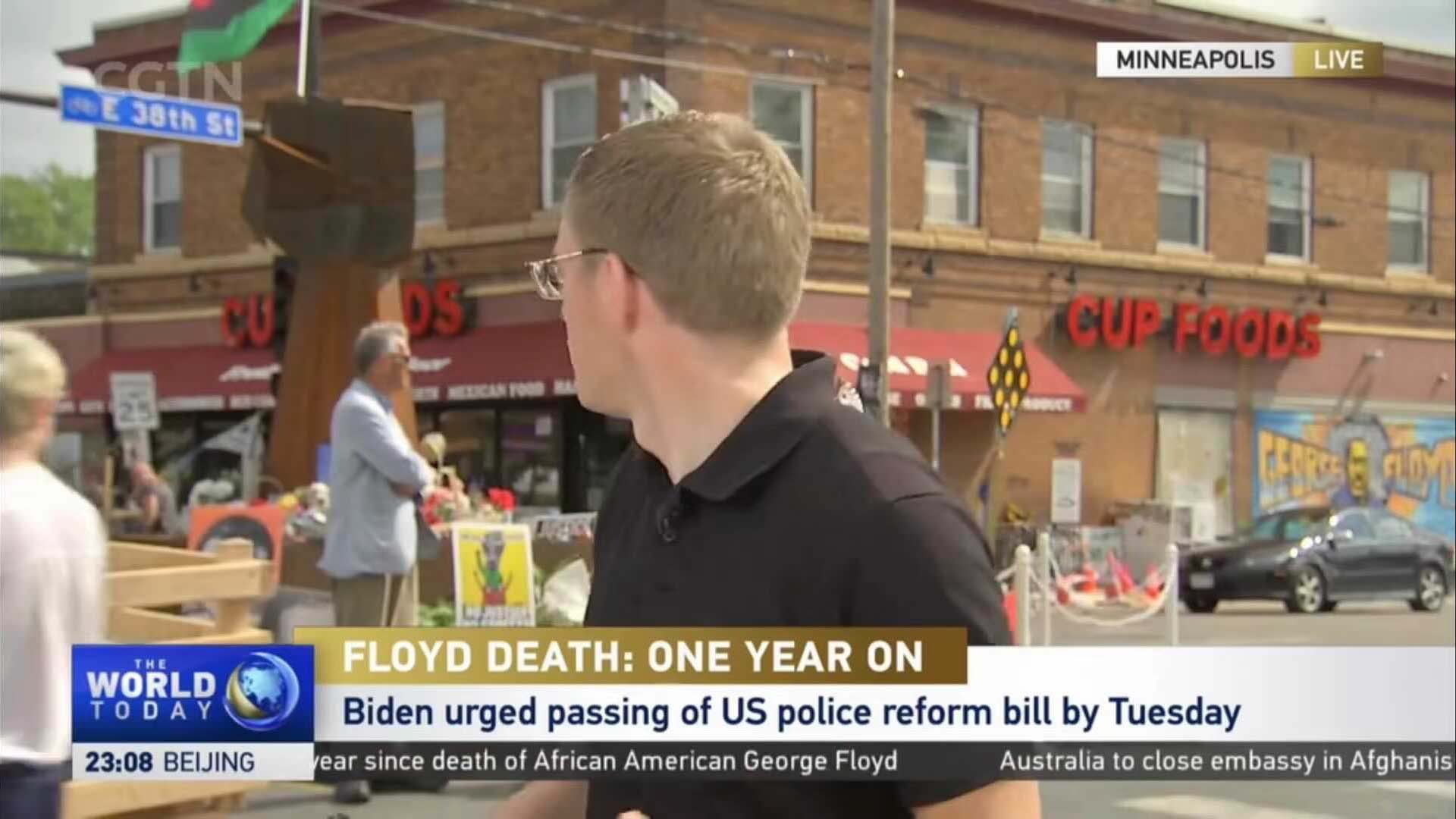