A wave of anti-Semitic attacks and hate crimes broke out across the U.S. in mid-May during the conflict in Gaza between the Israeli military and Hamas militants.

During the two weeks of clashes in Gaza and Israel, the Anti-Defamation League tallied 222 reports of anti-Semitic harassment, vandalism and violence compared to 127 for the previous two weeks, The New York Times reports.

“We are witnessing a dangerous and drastic surge in anti-Jewish hate,” Anti-Defamation League’s CEO Jonathan Greenblatt said in a statement on May 20.

“To those who choose to indulge in age-old anti-Semitic tropes, exaggerated claims and inflammatory rhetoric, it has consequences: attacks in real life on real people targeted for no other reason than they are Jewish.”

The ADL also reported a spike in anti-Semitic incidents around the world at anti-Israel protests and events related to the conflict in Gaza.

“Perpetrators of these attacks deliberately targeted Jewish institutions in order to express their anger towards Israel,” the ADL report reads. 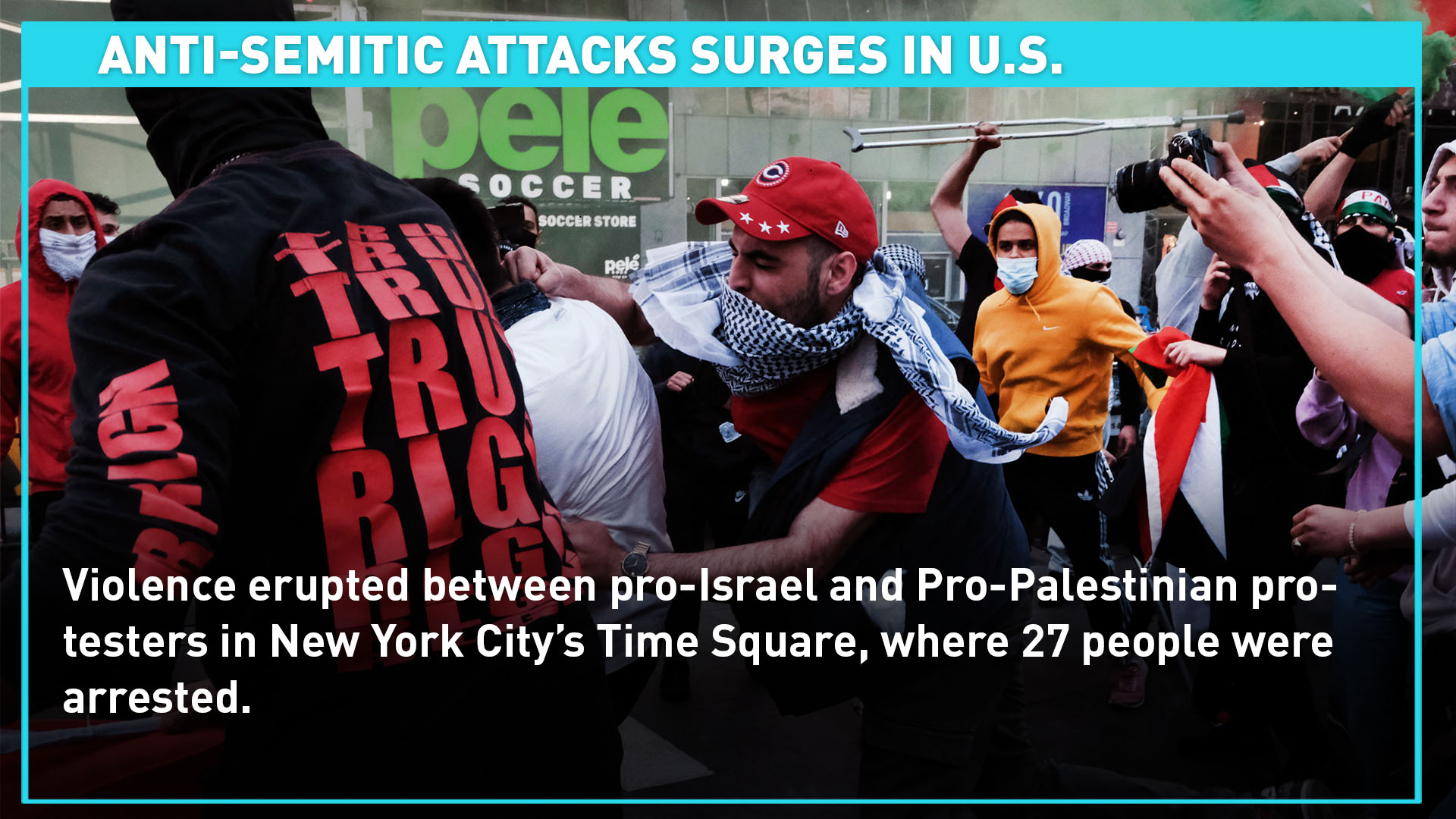 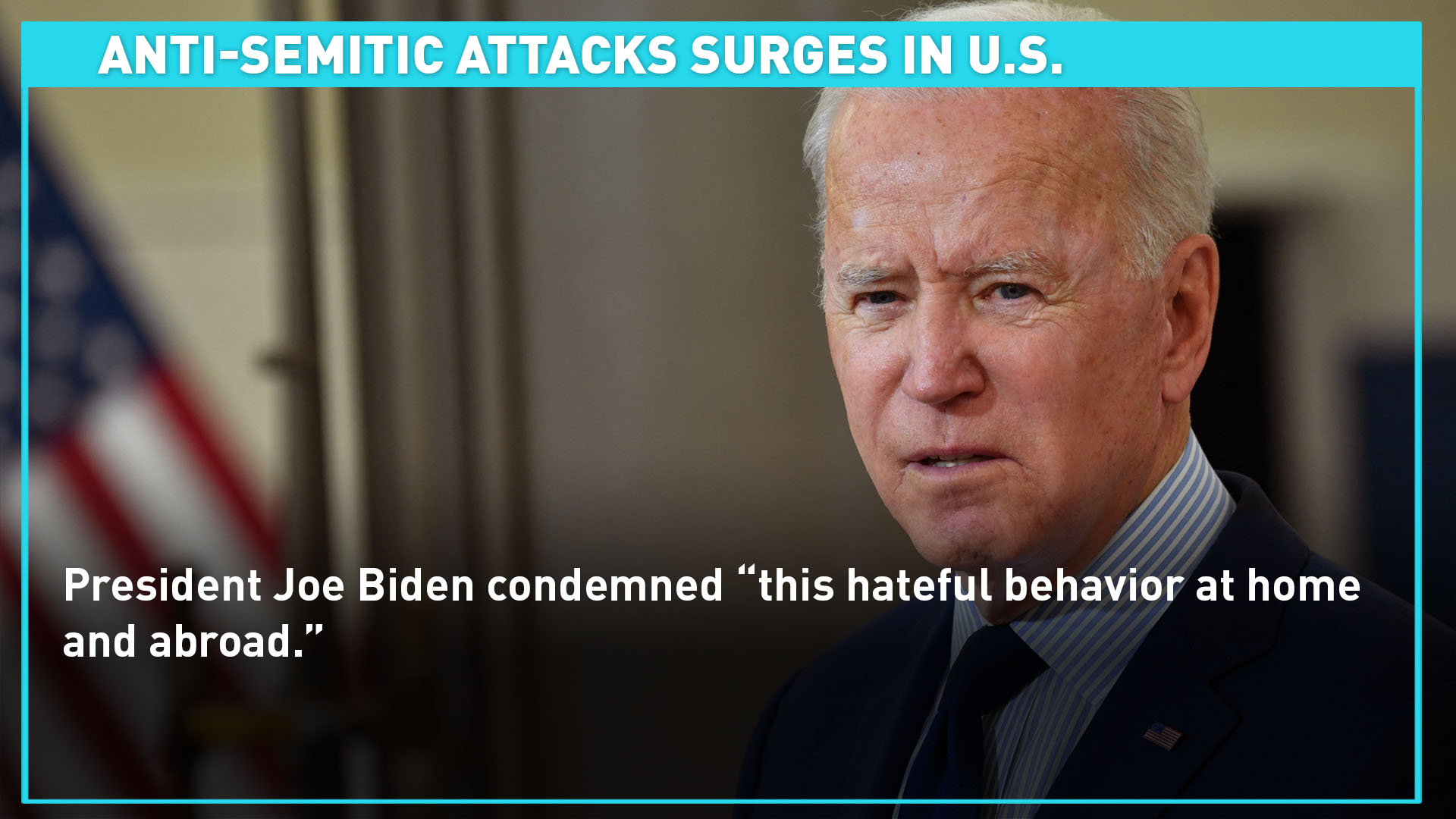 Cases have ranged from vandalize on Jewish institutions, including synagogues, to physical and verbal attacks.

Unlike the recent years in anti-Semitic violence, which was usually a right-wing phenomenon, many reported incidents were perpetrated by people expressing support for Palestinian causes and critical of Israel’s right-wing government.

Jewish communities are pressing law enforcement officials, lawmakers and the White House to confront the issue.  Jewish American groups sent a letter to the Biden administration to take steps to combat the violence.

In a tweet, President Biden condemned "this hateful behavior at home and abroad."

Researchers at the Center for Study of Hate and Extremism at California State University, San Bernardino discovered spikes in anti-Jewish bias during major conflicts in the Middle East in the past years, according to NBC News.

The rise also coincided with an uptick in anti-Muslim bias incidents and vandalism.