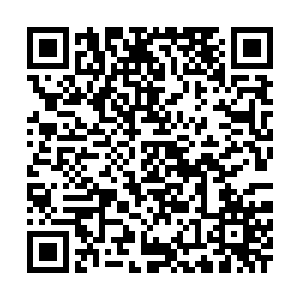 The Church Rock spill in 1979 in the U.S. released over 1,100 tons of solid radioactive mill waste and 93 million gallons of radioactive wastewater into the Puerco River.

Edith Hood, a Navajo and former miner at a nearby uranium mine told CGTN, even before the spill, the owner only cared about the mine itself, not the dangers to human health.

Navajos urged the government to remove all 760,000 cubic meters of waste from Navajo land.

To reduce costs, the government decided to move the waste to a neighboring facility, which is not on Navajo land, but surrounded by Navajo communities.

But the clean-up process has been quite slow. The execution date has been repeatedly postponed, according to Edith Hood, the Navajo former miner. The latest promise is 2023.

Cyndey Thompson, a local resident near an abandoned uranium mine (AUM) in Chinle, Arizona, said the companies that owned the mines left everything behind, doing no clean-up at all.

In 2014, the EPA ran tests and found locations with radioactive readings 10 to 25 times higher than normal.

Research has found direct links between radioactive waste and the deteriorating health of the Navajo people. Dr. Matt Campen, a pulmonary toxicologist at the UNM College of Pharmacy, and deputy director of UNM METALS Superfund Research Program Center said, in the Four Corners area over the past 30 to 40 years, there's been a high prevalence of lung disease including cancer.

The U.S. government has decided to clean up about 200 of 524 registered abandoned uranium mines on the Navajo Nation land. However that leaves over 300 AUMs in place.