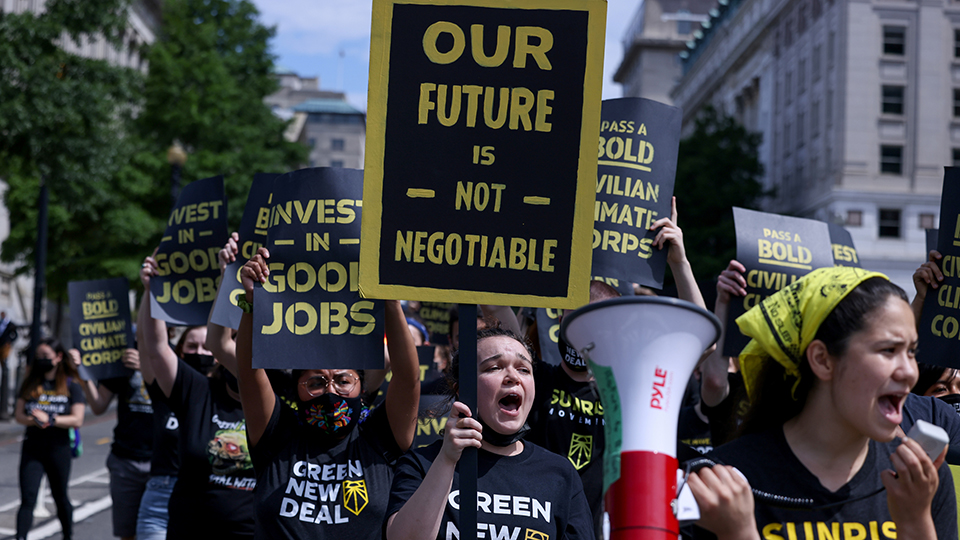 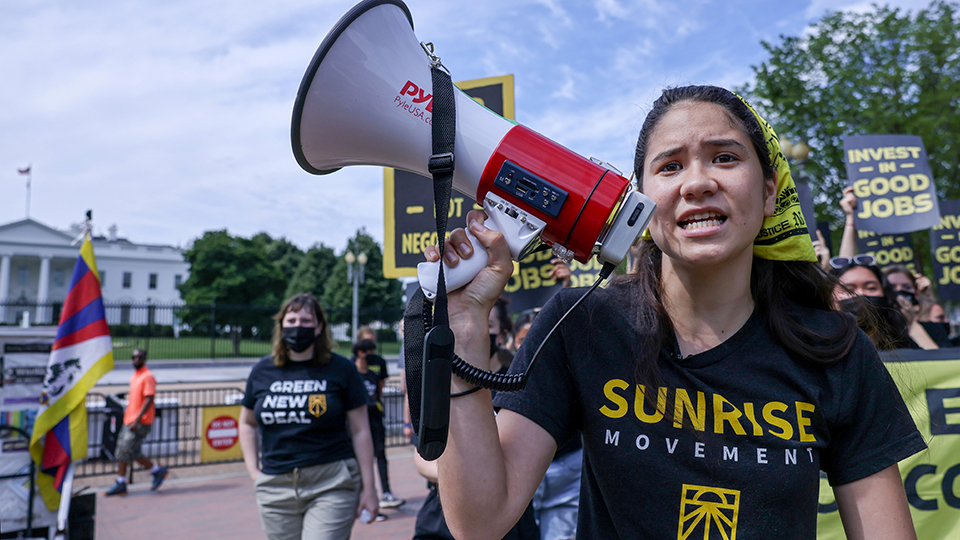 Young climate change activists gathered outside the White House on Friday to demand a national program that could guarantee good jobs to combat the climate crisis and help the country transit from fossil fuels to clean energy.

Nearly nine million people worldwide die every year due to fossil fuel pollution. In the United States, it's estimated 350,000 people die every year for that reason, according to a new study by researchers from Harvard and three British universities.