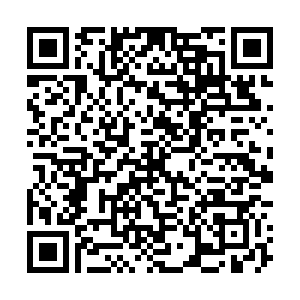 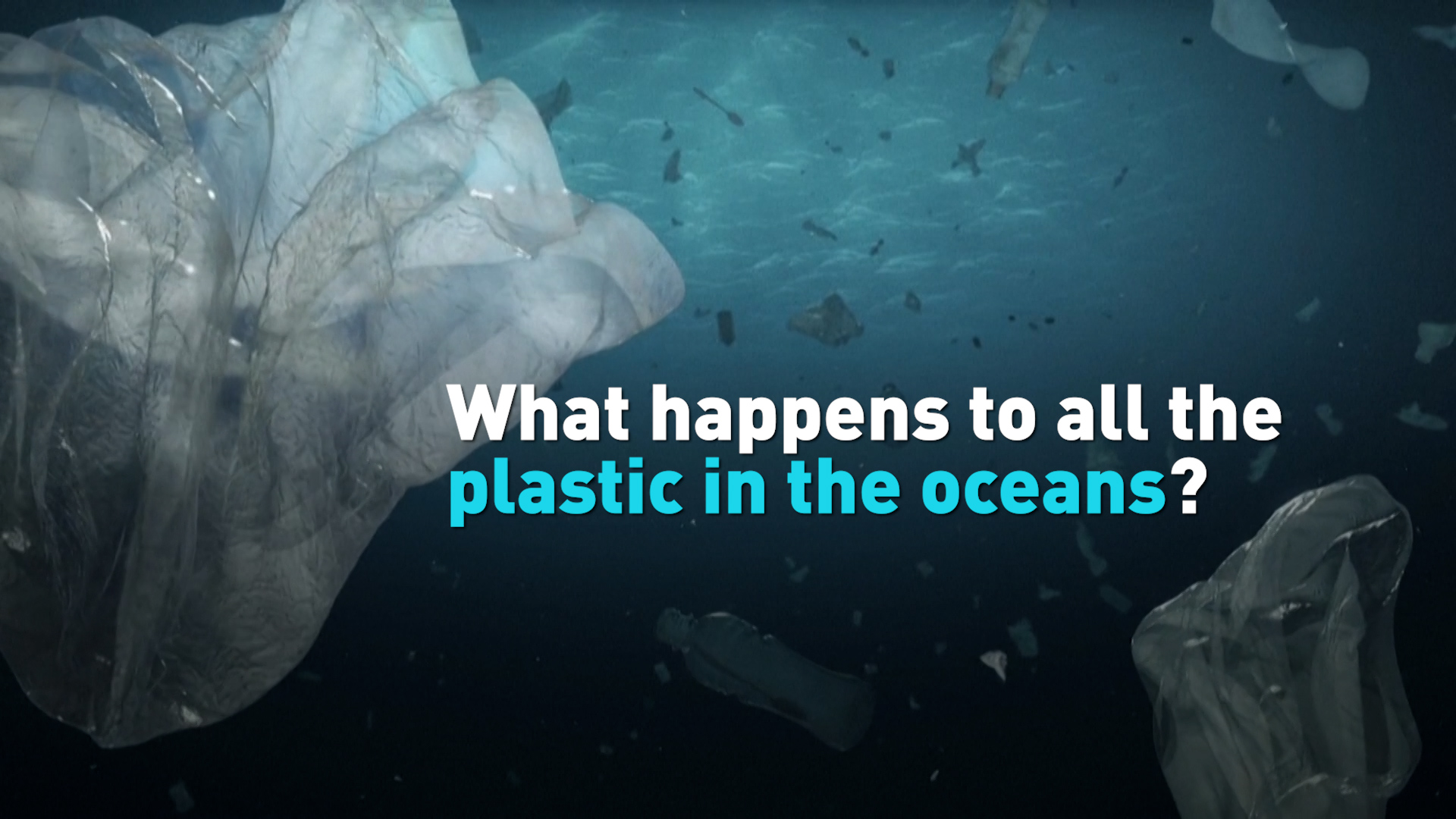 More than 78 metric tons of tiny plastic pellets spilled from a sinking cargo ship off the coast of Sri Lanka last week.  This week, the 'nurdles' as they're called - pellets about the size of a grain of rice used to make other plastic items - are covering the beach of Sri Lanka.  Waves of plastic nurdles continue to wash ashore as Navy personnel and volunteers shovel the pellets into bags.

But what will happen to the tons of nurdles not washing up, but instead are carried out to sea?

Plastic is not biodegradable, and humans are entirely responsible for its creation and for discarding it into the environment.  When plastic enters the oceans, through rivers or lost cargo, it stays there, and contaminates not only the waters for marine life, but the entire food chain.

This is what happens and why this matters:

There are five offshore accumulation zones for the world's discarded plastic.  The Great Pacific Garbage Patch, located between Hawaii and California is the largest of these ‘trash vortexes’ and is estimated to be a swirling mass of plastic garbage covering 1.6 million square kilometers, twice the size of the U.S. state of Texas.

Plastic sent to sea via waterways, failed trash management or lost cargo is carried to the Great Pacific Garbage Patch through a massive system of swirling ocean currents known as the North Pacific Subtropical Gyre.Ocean garbage patches do not largely consist of identifiable discarded plastic debris, but instead are dominated by a soupy mix of microplastics, particles often invisible to the human eye or satellite.

Once in the ocean, the sun breaks down plastics into tiny pieces through a process called photodegradation.

Microplastics are created from broken down bags, bottle caps, water bottles and Styrofoam mostly, and leak colorants and chemicals into the water.

The microplastic particles also absorb chemicals and other pollutants from the sea, which are eventually consumed by marine life and passed through the food chain, often ending with consumption by humans.

Because the Great Pacific Garbage Patch is so far off any country’s coastline, no nation has taken responsibility for it or provided the funding or technology to help clean it up, according to National Geographic.

Non-profit organizations like The Ocean Clean Up are working to develop technology that will help clear the oceans of plastic waste.   Preventing the destruction of ocean ecosystems is the main goal of any potential ocean clean up, but the challenges of creating nets with mesh small enough to capture the microplastics without taking small sea life are immense and costly.  Creating cleanup methods that will protect small life including neuston, organisms inhabiting the surface layer of water, and plankton, essential to the ecosystem, are just some of the major challenges. 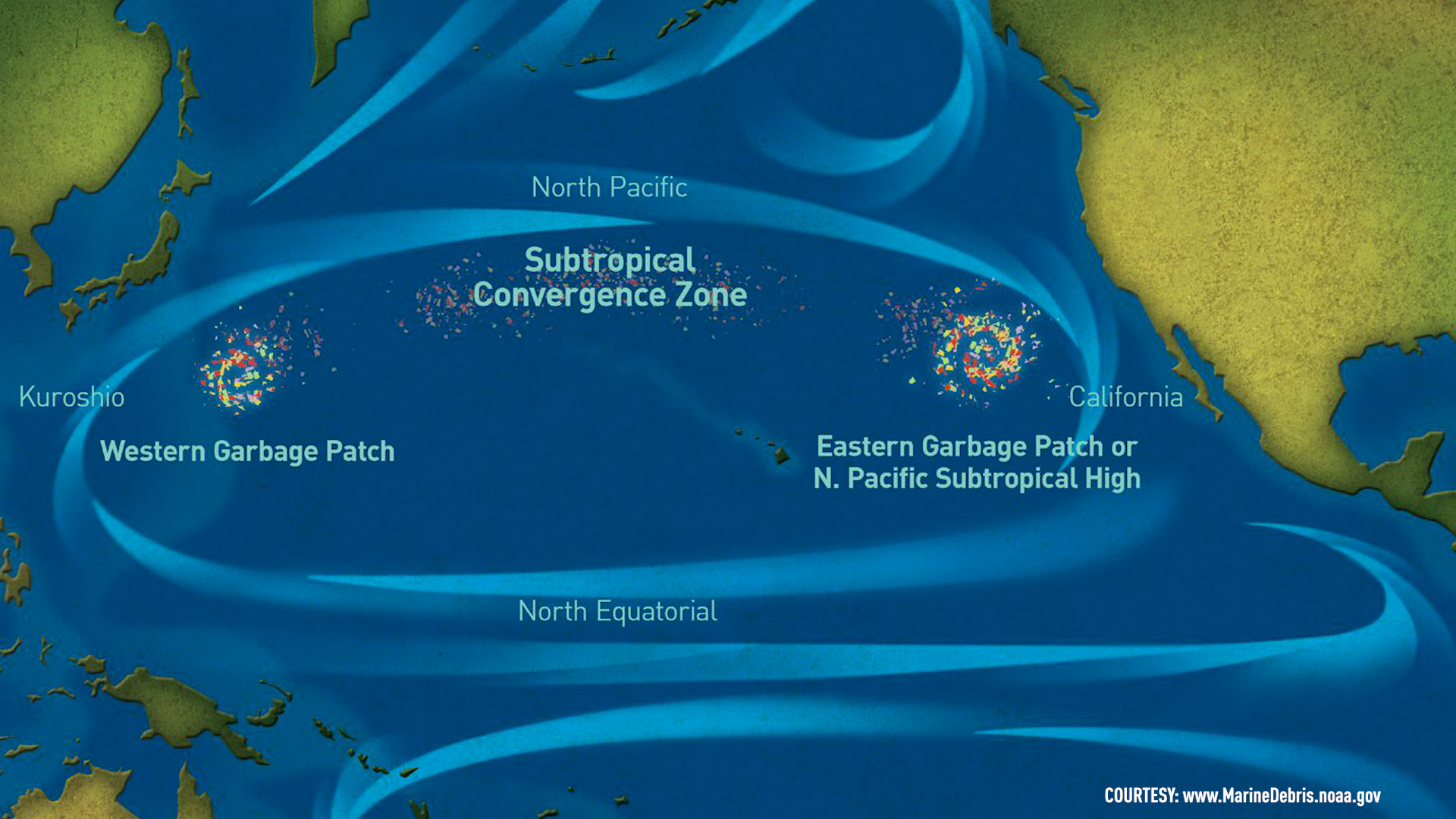 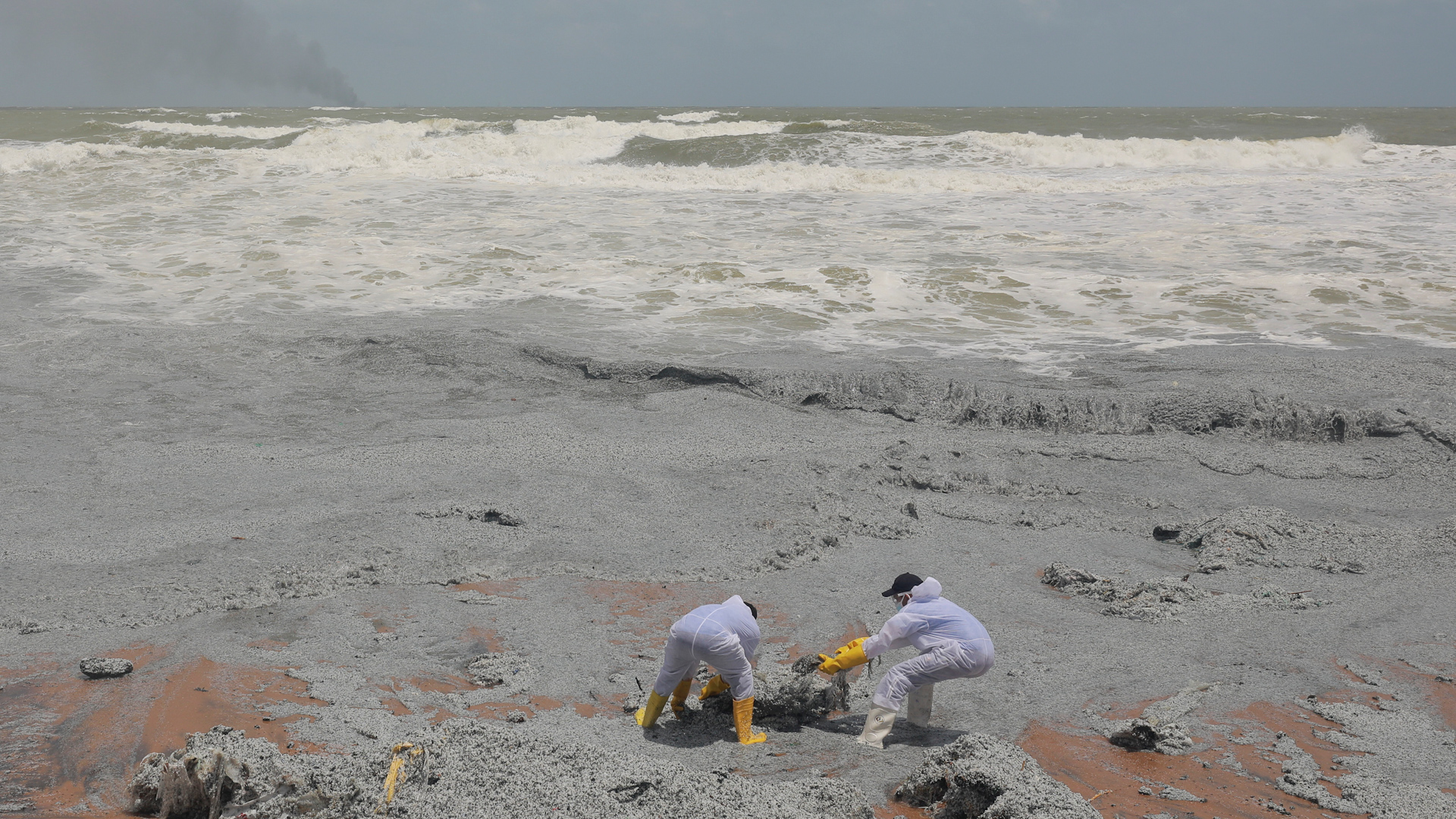 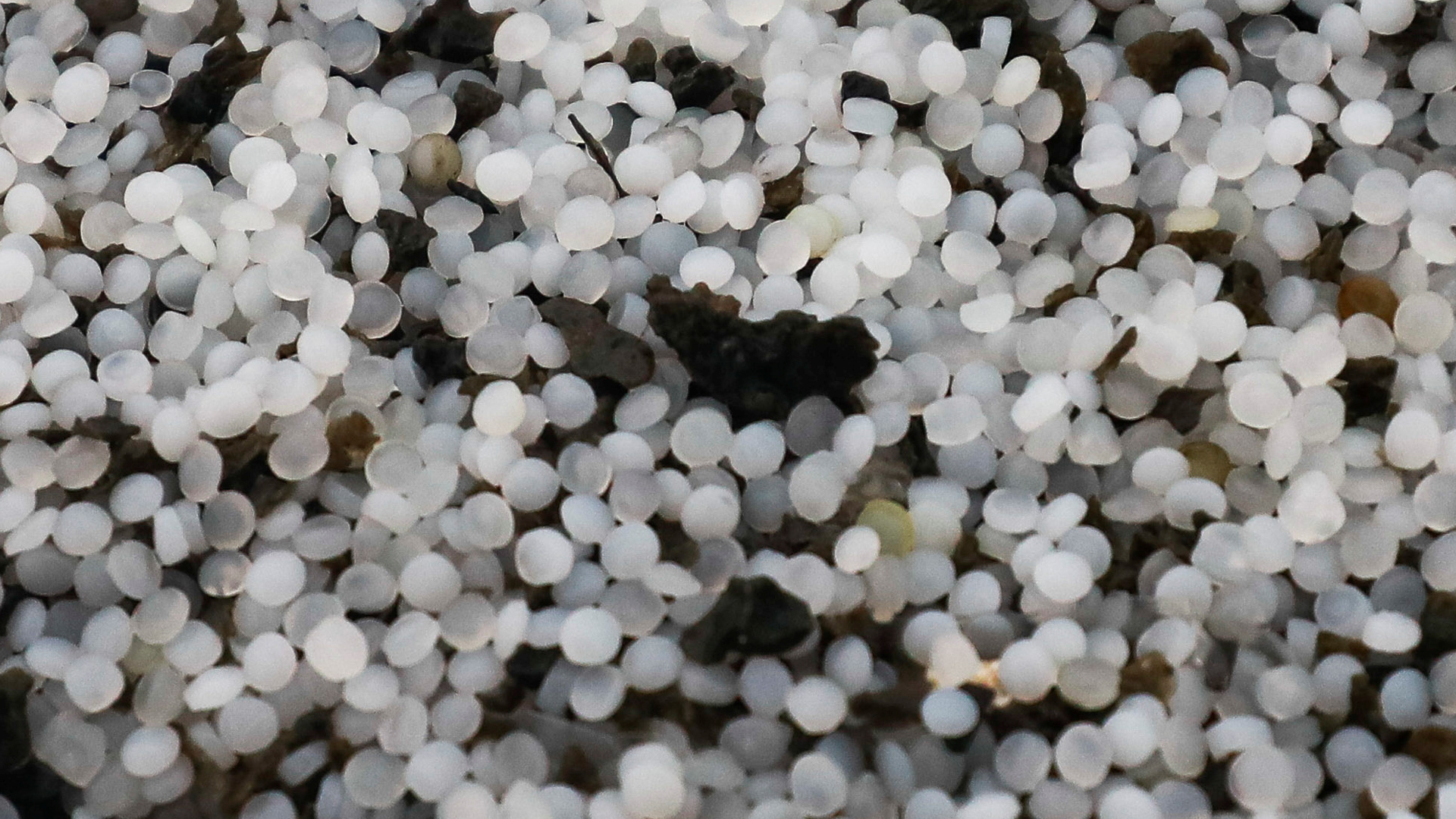 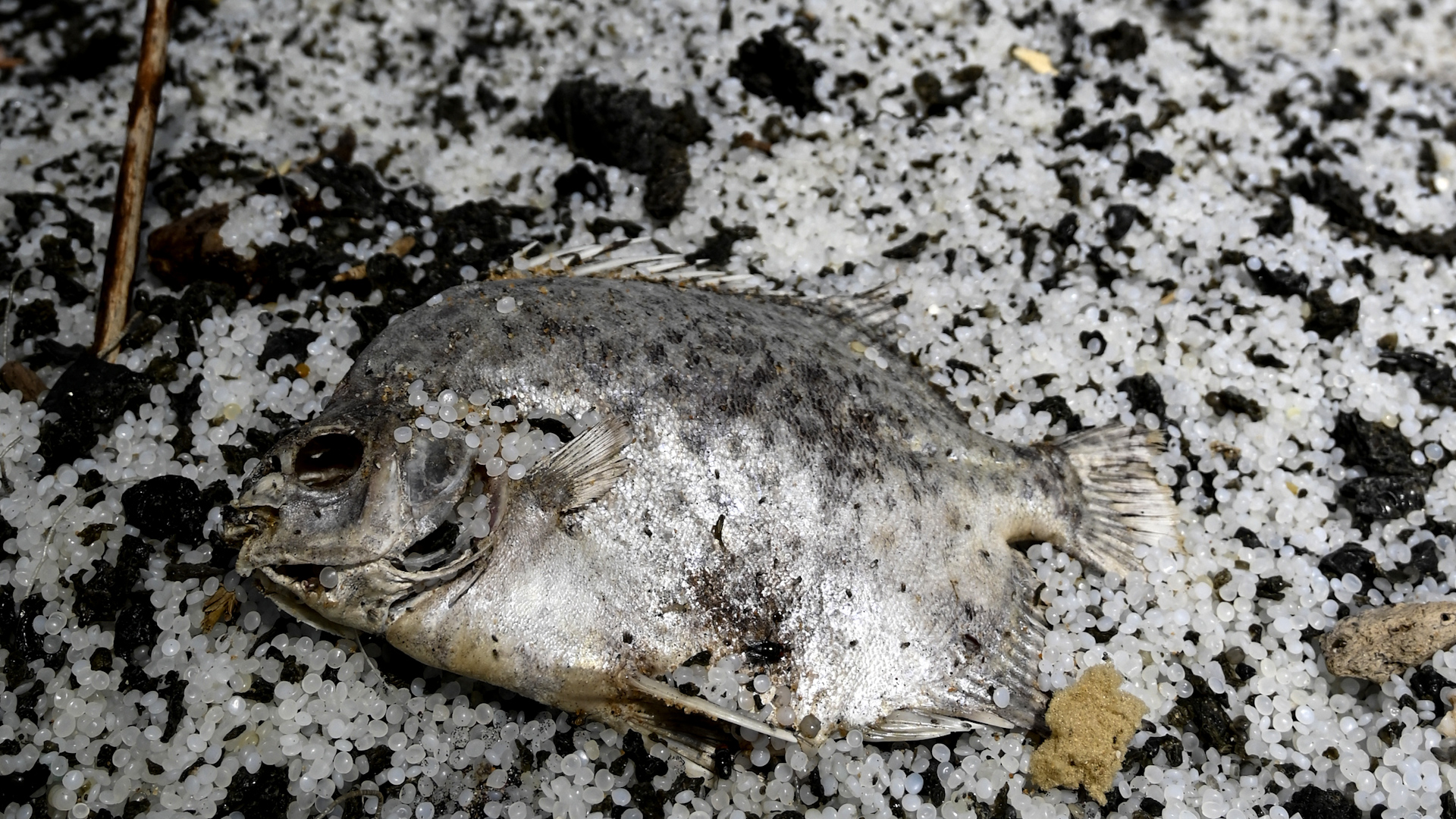 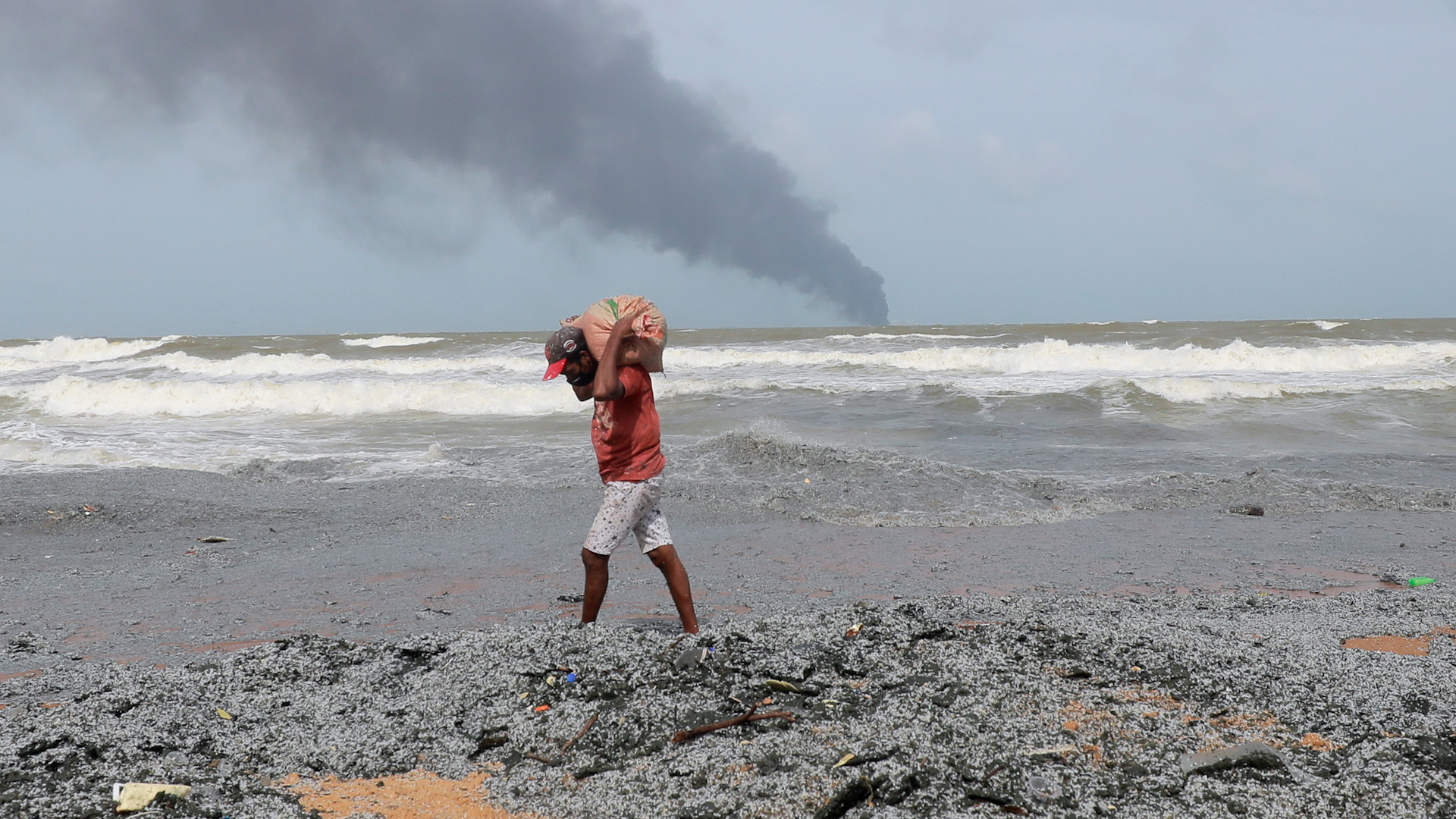 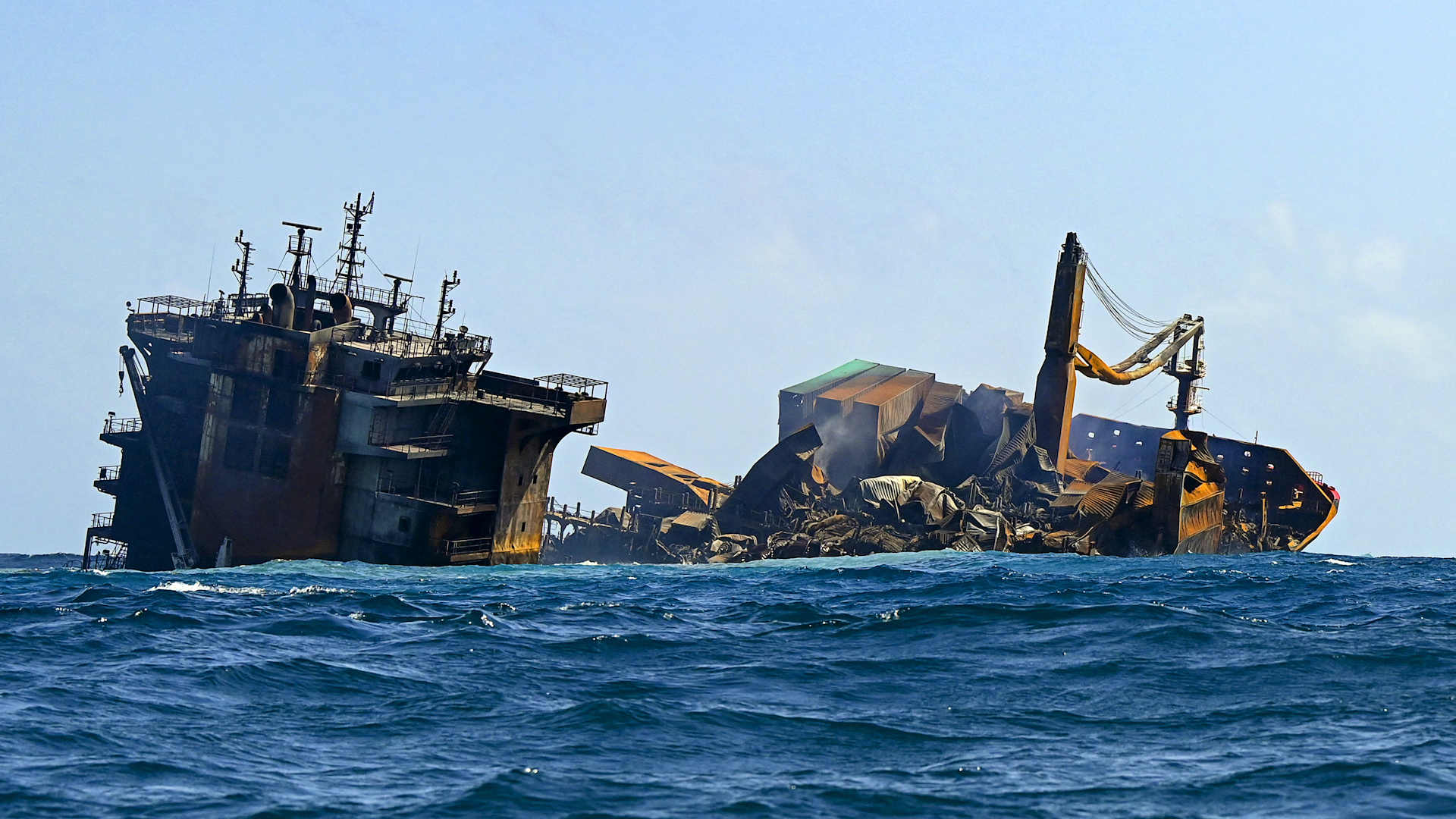 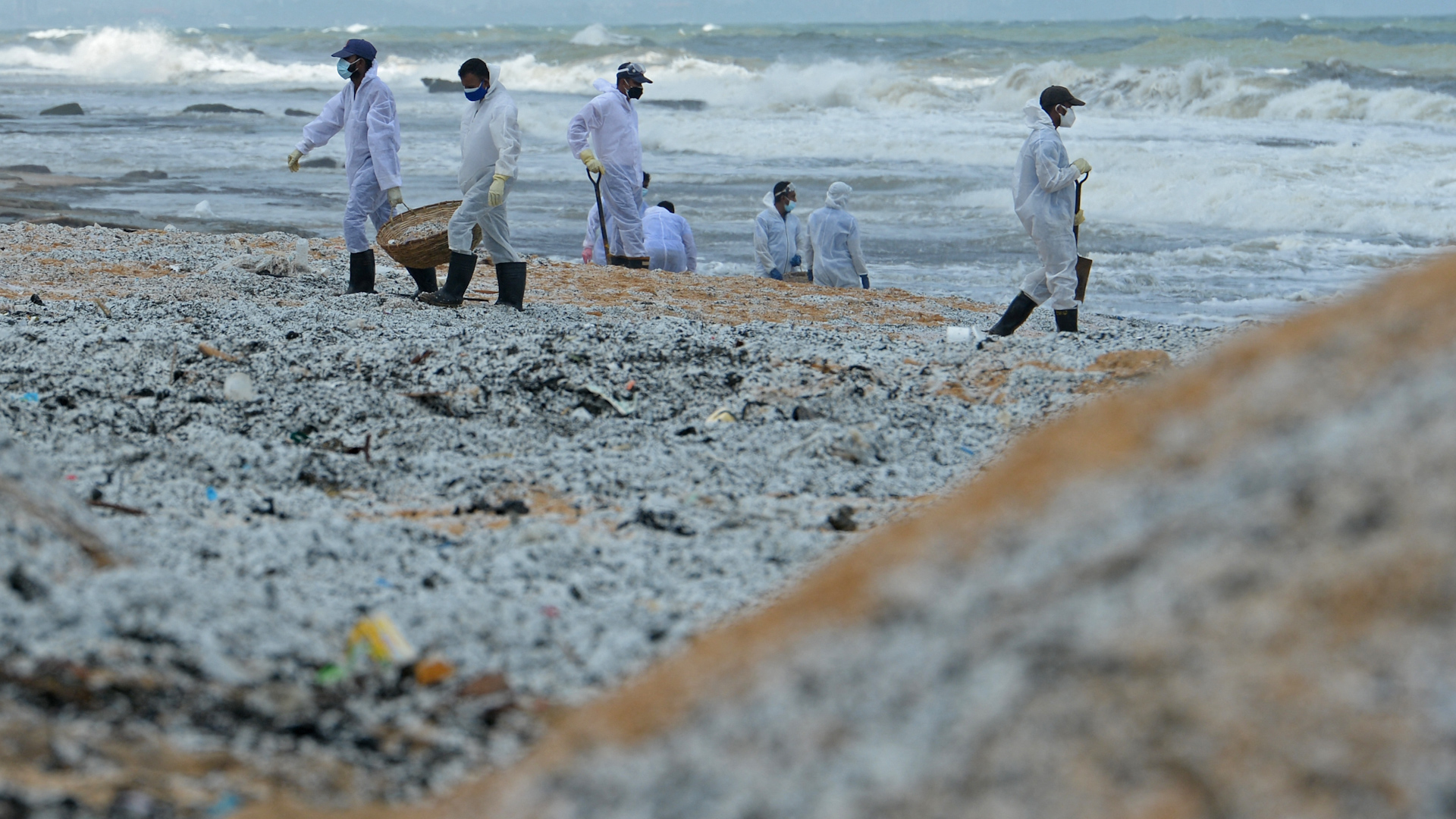 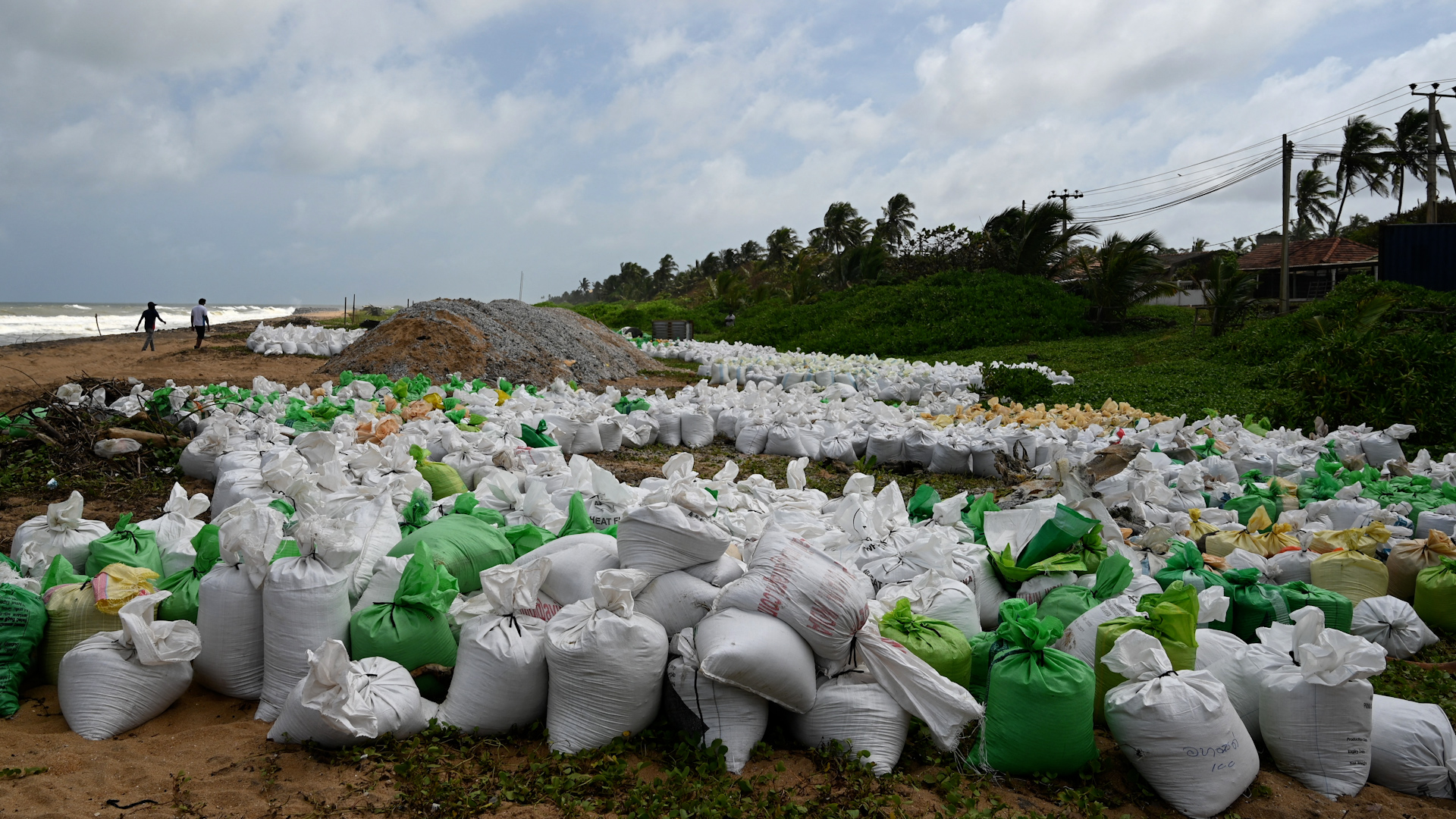 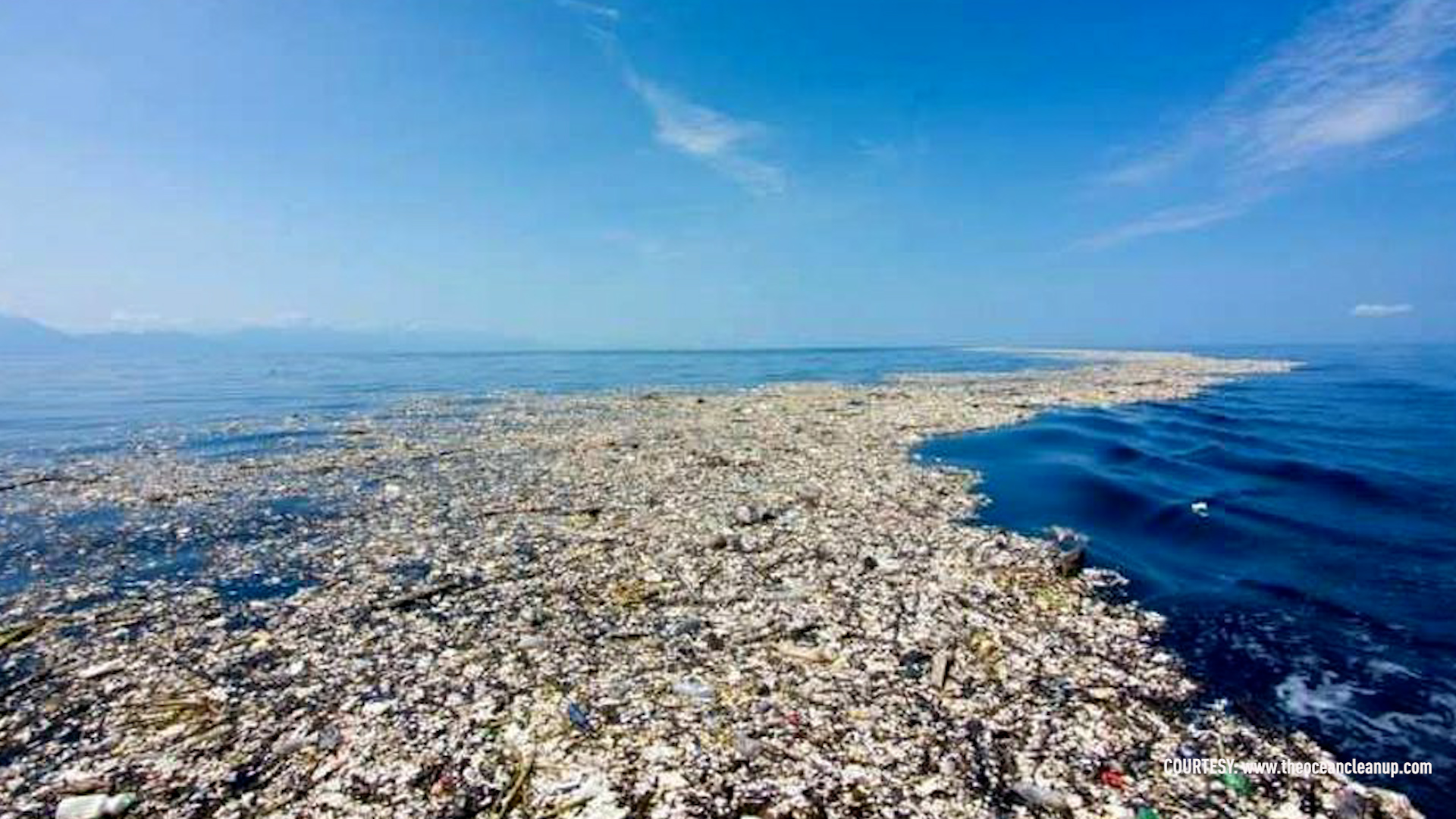 The U.S. National Ocean and Atmospheric Administration’s Marine Debris Program estimates it would take 67 ships one year to clean up less than one percent of the plastic from the North Pacific Ocean.

It was previously thought that Asian countries like Indonesia, the Philippines, Vietnam, Sri Lanka, Thailand and China dominated marine plastic pollution, but that data did not account for U.S. exports of plastic collected for recycling to those countries, many of which were not set up to manage such huge loads of plastic.  More recent studies instead show the U.S. wastes more plastic per person that anywhere in the world.