Download
When did COVID-19 enter the U.S.?
April Lanuza 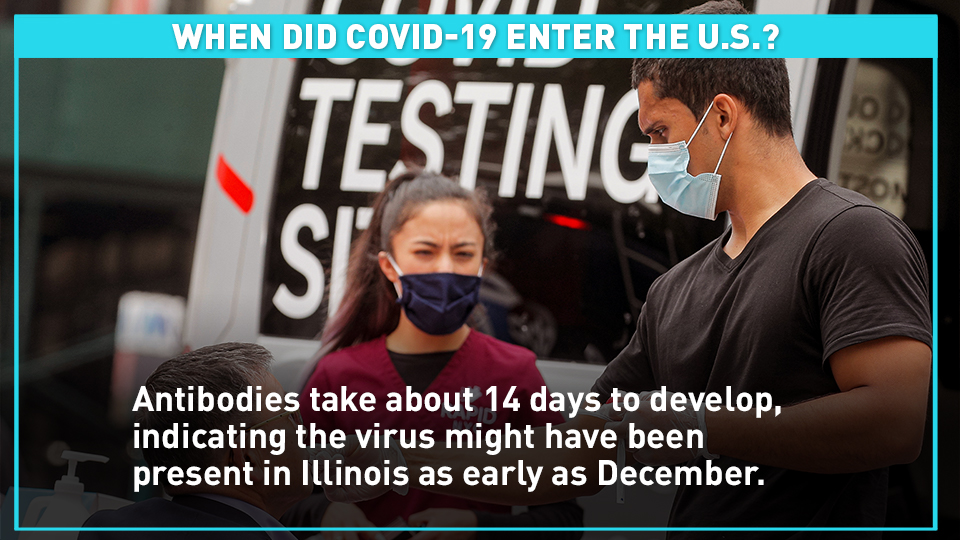 A new study by the National Institutes of Health (NIH) is showing evidence of possible COVID-19 infections in the U.S. as early as December 2019.

That's weeks before the first documented infection in the country.

Published in the journal Clinical Infectious Diseases, this new report supports previous studies that have shown COVID-19 was circulating in the U.S. in the first two months of 2020.

Scientists at NIH say a volunteer from Illinois who gave blood on January 7, 2020 for a different study tested positive for COVID-19 antibodies.

Antibodies take about 14 days to develop, indicating the virus might have been present in Illinois as early as December.

The first reported U.S. infection was confirmed on January 20 in Washington state. The patient had traveled from Wuhan, China.

The U.S. Centers for Disease Control didn’t identify community spread of the virus until February 26. 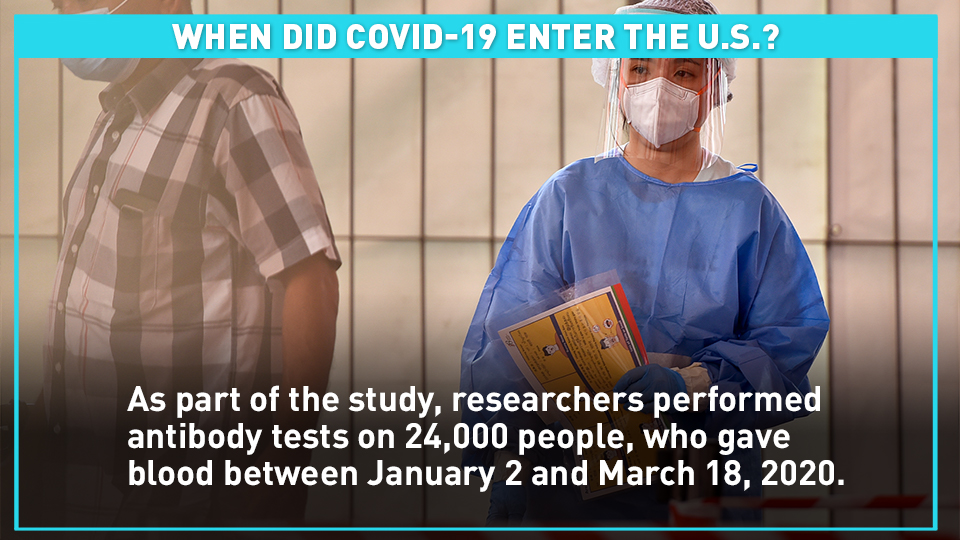 As part of the study, researchers performed antibody tests on 24,000 people, who gave blood between January 2 and March 18, 2020.

Nine of them tested positive for COVID-19 antibodies.

Seven of the nine people tested were also from racial or ethnic minorities.

The study found no positive test results in California, New York or Washington state, which were previously considered points of entry for the virus.

But some critics are pointing out flaws in the study and its results. 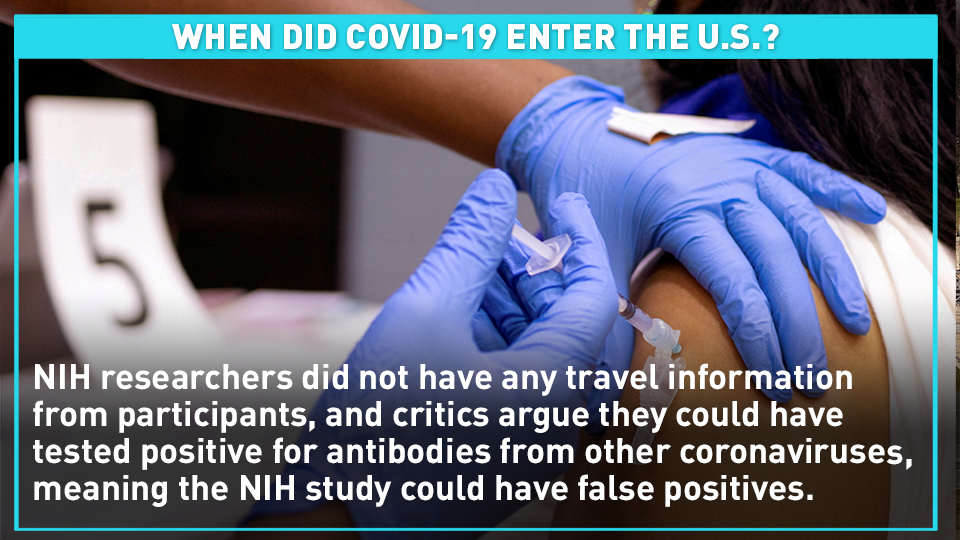 Researchers in the NIH study did not have any travel information from participants, and critics argue they could have tested positive for antibodies from other coronaviruses, meaning the NIH study could have false positives.

They say the number of positives for the virus in the study is too small to provide adequate information.

But if the study is accurate, it could show flaws in COVID-19 testing at the time and other underlying issues of the pandemic.

Investigations into the origins of the COVID-19 virus are still underway.

U.S. President Joe Biden has ordered U.S. intelligence agencies to analyze theories behind the virus’s origins, including the possibility of a laboratory accident in China.

The Wuhan lab theory has been circulating for a while, first introduced by the former Trump administration.

Documents and cables between administration officials obtained by POLITICO, show a blame game, where the intent was to blame and pressure China for covering up the virus and its origins.

Despite repeated attempts to push the lab leak theory, senior officials disagreed on the evidence they reviewed, which was circumstantial, according to POLITICO.

In response, Deputy Director of the Chinese Ministry of Foreign Affairs Information Department, Zhao Lijian said, "this once again proves that virus traceability is a complex scientific issue involving many countries and places. Scientists from all over the world should cooperate to carry out relevant work in order to better prevent possible future risks and protect the lives and health of people in all countries."

China says it supports investigations into the origins of COVID-19 but politicizing it will only undermine global efforts to curb the pandemic and hamper the inquiry.