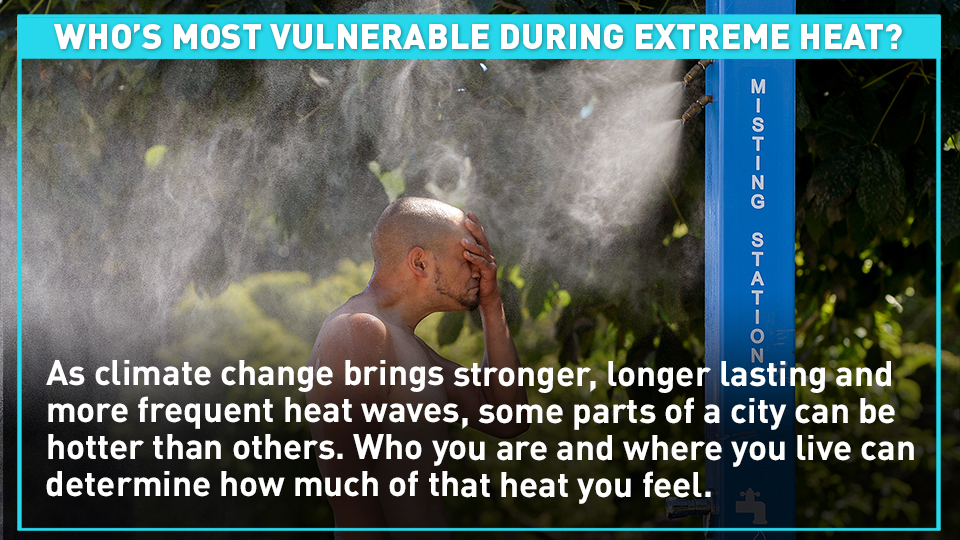 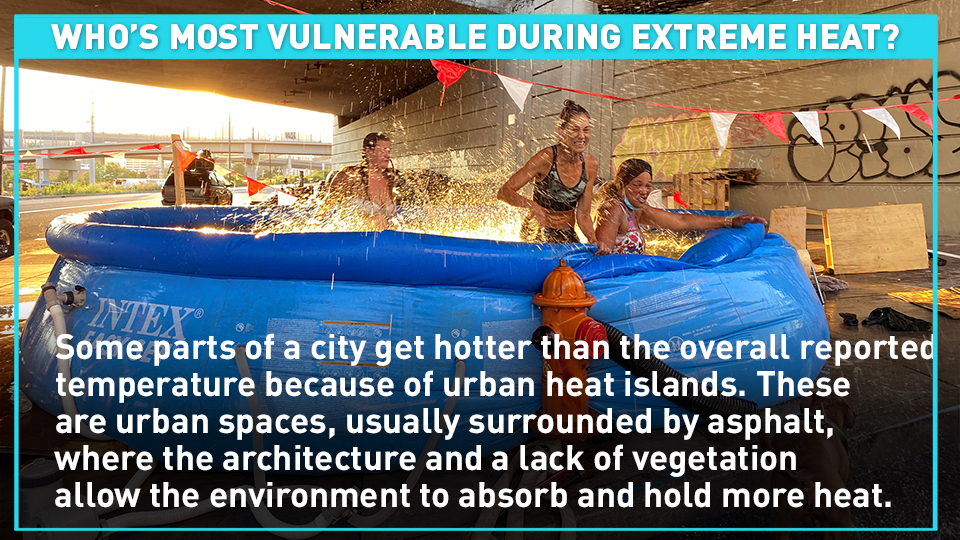 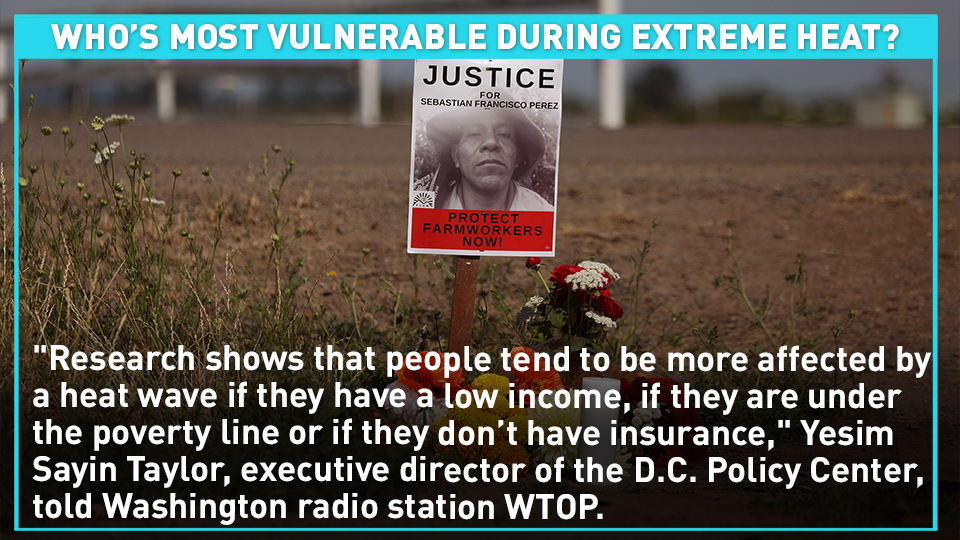 The globe is getting hotter.

As climate change brings stronger, longer lasting and more frequent heat waves, some parts of a city can be hotter than others.

Who you are and where you live can determine how much of that heat you feel.

Take for example Washington, D.C., a city that saw record breaking high temperatures in June.
Some parts of the city get hotter than the overall reported temperature because of urban heat islands.

These are urban spaces, usually surrounded by asphalt, where the architecture and a lack of vegetation allow the environment to absorb and hold more heat. These areas often have fewer trees and open spaces.

"Research shows that people tend to be more affected by a heat wave if they have a low income, if they are under the poverty line or if they don’t have insurance," Yesim Sayin Taylor, executive director of the D.C. Policy Center, told Washington radio station WTOP.

This applies not just to D.C. but the rest of the nation and other countries as well.

From the homeless, to low-income families, the elderly, and some professions, several groups of people are more vulnerable during days of high heat.

Many in the U.S. Pacific Northwest and western Canada are feeling this impact.

Officials are blaming a late June heat wave for more than 100 deaths in the state of Oregon, and another heat wave is predicted on the way. This state that typically experiences highs in the 20s Celsius (80s Fahrenheit) during this time of year is instead seeing multiple days of temperatures above 38 degrees Celsius (100 degrees Fahrenheit).

In the U.S., the urban heat island effect not only reflects issues of classism and climate change but, according to  research, racism as well. 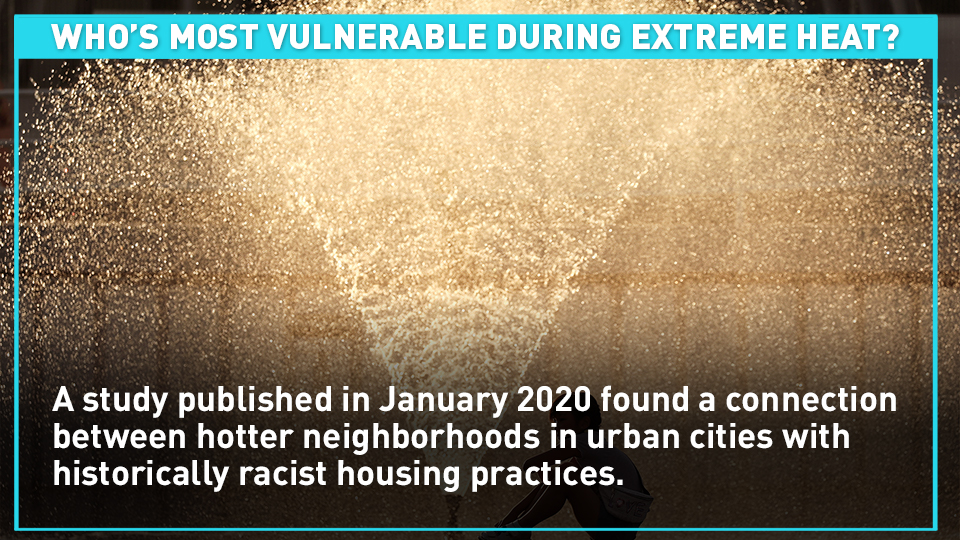 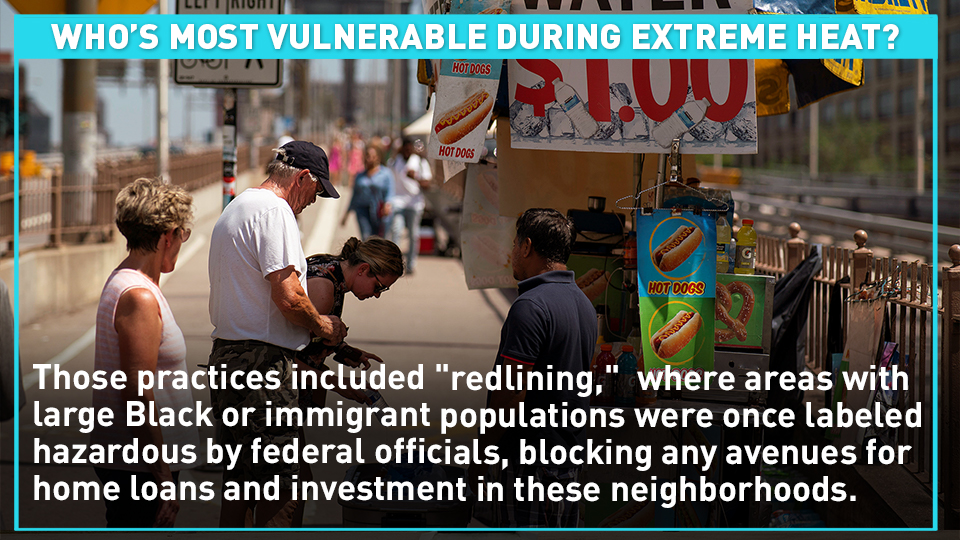 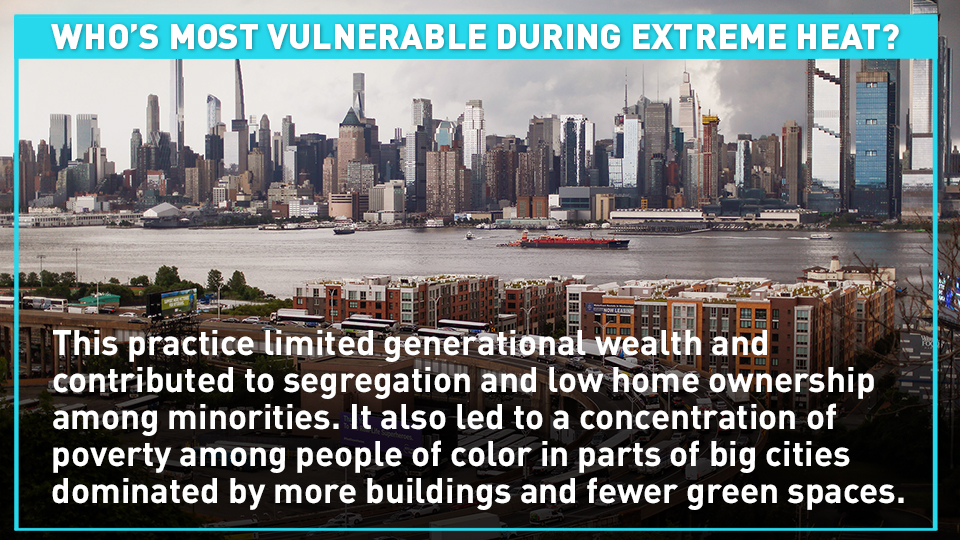 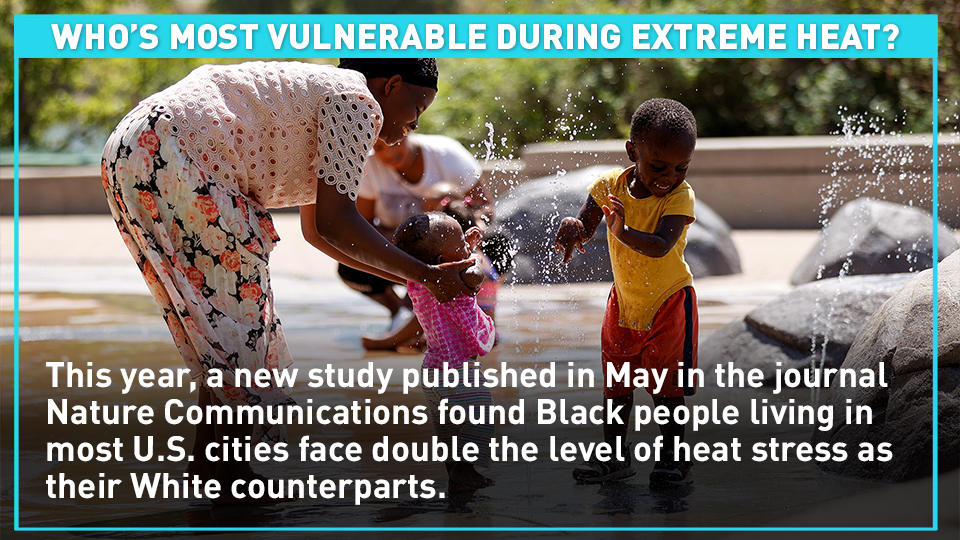 A study published in January 2020 found a connection between hotter neighborhoods in urban cities with historically racist housing practices.

Those practices included "redlining,"  where areas with large Black or immigrant populations were once labeled hazardous by federal officials, blocking any avenues for home loans and investment in these neighborhoods.

This practice limited generational wealth and contributed to segregation and low home ownership among minorities. It also led to a concentration of poverty among people of color in parts of big cities dominated by more buildings and fewer green spaces... urban heat islands.

This year, a new study published in May in the journal Nature Communications found Black people living in most U.S. cities face double the level of heat stress as their White counterparts.

Black people, it calculated, are exposed to an additional 3.12C of heating in urban neighborhoods compared to 1.47C for White people.

The Washington Post cites climate models that predict the number of high-heat days could double by 2040.

Some activists are urging local and federal governments to step in and help provide relief.

Experts also suggest some modifications can be made at the local level to help with high temperatures.

However, the Nature Communications study notes this strategy can also increase property values, potentially displacing the residents the action is meant to help.

As the U.S. and other parts of the globe brace for more record summer heat, it is likely the focus on vulnerable populations feeling the impact of climate change will only grow.