Download
Another major heat wave to bake parts of the U.S. and Canada
CGTN 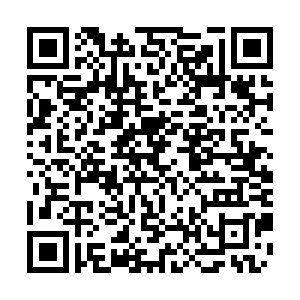 Another heat wave is set to roast the U.S. this weekend.

For the fourth time in five weeks, soaring temperatures will hit the Western U.S. as well as parts of Canada.

Just this week, Death Valley, California hit 56°C, or about 134°F, the hottest place ever recorded on earth.

"I just am very, have to say fearful about what this bodes for the rest of the summer, because we didn't see these extremes last year until late August and September, and we are still in mid-July right now," said Patty Glick, senior scientist at the National Wildlife Federation, who lives in Oregon.

Tens of millions of people are once again facing excessive heat alerts.

Extreme heat and drought conditions have fueled wildfires across the Western U.S.

Sixty-eight major fires have been reported across 12 states, according to the National Interagency Fire Center.

The Bootleg fire in southern Oregon started a week ago and has burned more than 81,000 hectares or some 200,000 acres, making it the largest blaze in the country. The fire is only 5% contained.

It is threatening some 2,000 homes and structures and displaced hundreds of residents.

Some experts also warn that global warming could accelerate other environmental issues.

"If we don't act quickly sea level rise will essentially be actually flood every major city on the coast. This will drive population movement, cause massive social disruption. It will affect Miami, New York, San Francisco Los Angeles, all the cities that we know of as the face of America really. These cities will look totally different that they do today. It will also, this country will also be increasingly hot as we are seeing right now on the West Coast," said Dr. Sabrina McCormick of George Washington University.