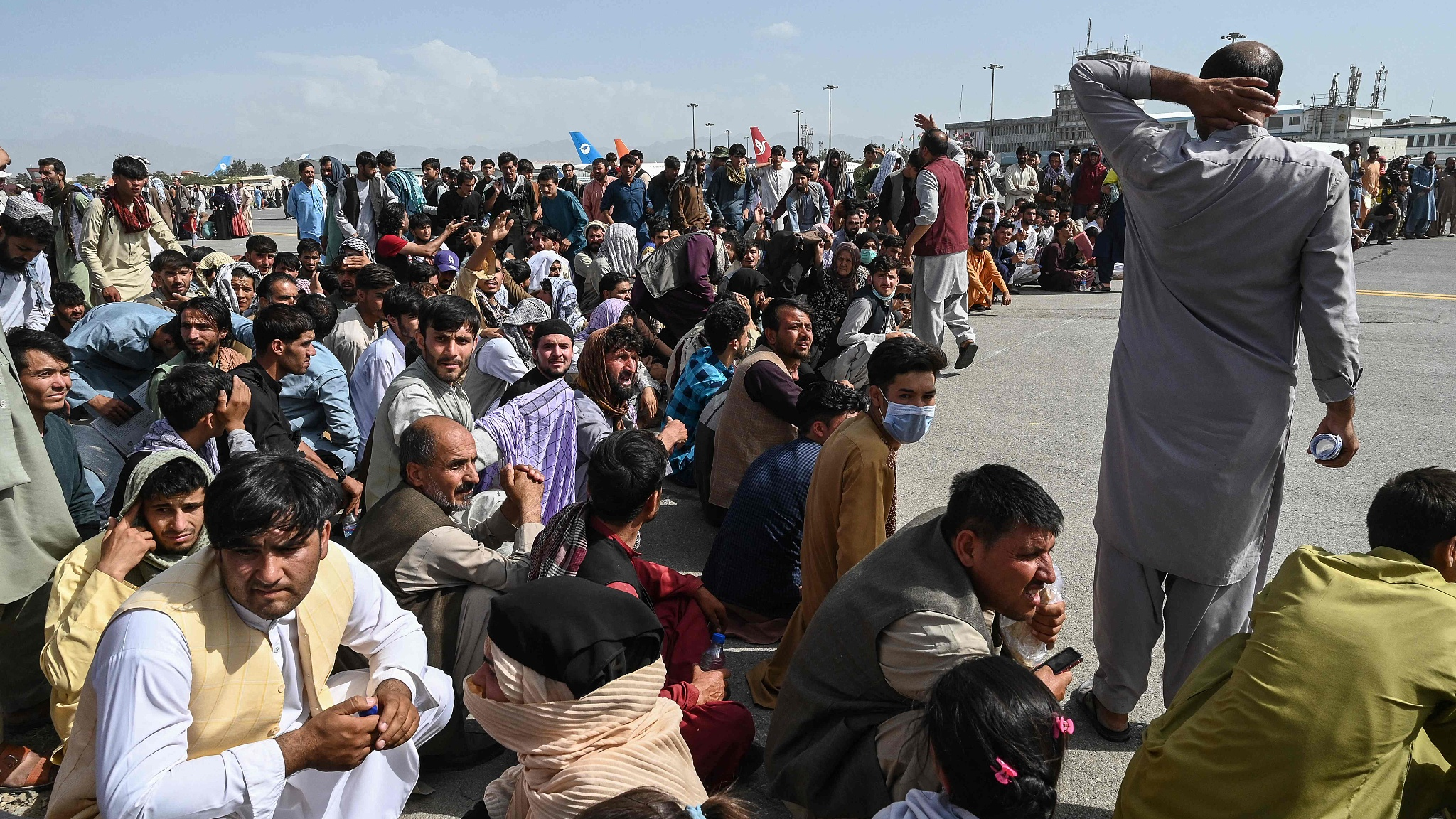 Chinese State Councilor and Foreign Minister Wang Yi spoke with U.S. Secretary of State Antony Blinken to exchange views about developments in Afghanistan on Monday, according to the Chinese Foreign Ministry.

Wang told his counterpart that the United States should play a constructive role in helping Afghanistan to stabilize, prevent chaos and rebuild peace, the ministry said.

"The sudden withdrawal of forces by the United States has already caused a serious negative impact on the situation in Afghanistan. If the next step is to create new problems, it is not a responsible attitude," he said.

Wang affirmed that China is willing to communicate and have dialogue with the U.S. on the situation in the landlocked country so that it will not face a new war or humanitarian disaster.

China hopes all kinds of terrorism and crimes can be curbed so that the Afghan people can stay away from war and rebuild their homeland, he said.

Wang noted that China and the United States are both permanent members of the UN Security Council and important participants in the contemporary international system.

"China and the United States should work together on global challenges as the international community expects. The U.S. should stop the political oppression and senseless restrictions against China," he said.

There exists ideological, social system, historical and cultural differences between China and the U.S., and neither side can remodel the other, Wang said, adding that the only right way for the two countries is to seek peaceful coexistence on the planet on the basis of mutual respect.

During the conversation, Blinken expressed appreciation for China's participation in the Doha meeting on the Afghan issue, noting that the current situation in Afghanistan is entering a crucial stage, according to the ministry statement.

The Taliban should announce a clean break with extremism, opt for an orderly transfer of power and establish an inclusive government, the top U.S. diplomat said, expressing hope that China will also play an important role to this end.

The United States recognizes that the future of Afghanistan should be decided by the Afghan people, Blinken said, calling on the Taliban to ensure the safety of all those who wish to leave the country.

Blinken acknowledged that there are also obvious differences between the two sides, but said they can be gradually resolved in a constructive way in the days to come.

Lavrov informed Blinken of working contacts that have been established by the Russian embassy in the Afghan capital with the new authorities and main political forces in the country, the Russian foreign ministry said in a statement.

Blinken discussed work that was being carried out in relation to the evacuation of staff working at the U.S. embassy in Kabul as well as urgent humanitarian assistance.

Both sides agreed to continue close consultations with the participation of representatives from China, Pakistan, other interested countries, and the United Nations, which would be aimed at promoting an "inclusive inter-Afghan dialogue," the ministry said.