Although new COVID-19 cases seem to be peaking in the U.S., most states are battling the surge, as they experience record numbers in infections and hospitalizations. See how some states are faring and how the European Union has become one of the leaders in vaccinations. While the U.S. battles a surge in COVID-19 cases across the nation, infections are worse in some states compared to others. Wyoming, Kentucky, Tennessee, South Carolina, Mississippi, Alabama, Georgia, and Florida have reported the most daily infections per 100,000 people over the past seven days. 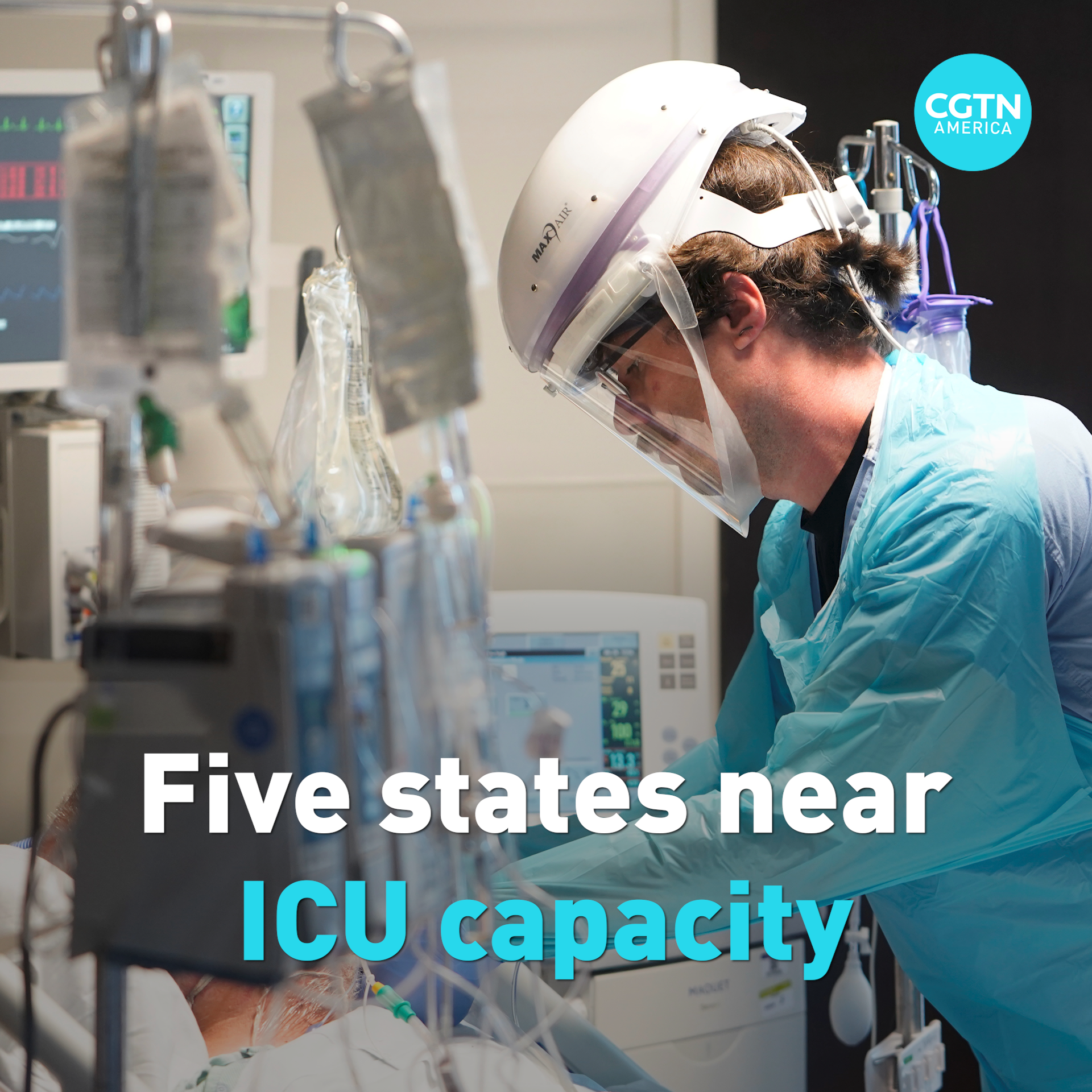 As hospitals across the U.S. struggle to treat COVID-19 patients, some states are running out of Intensive Care Unit (ICU) beds. Alabama, Georgia, Texas, Florida and Arkansas have less than 10% of beds available, according to Department of Health and Human Services data. Data from the U.S. Centers for Disease Control and Prevention also shows hospitalization from the virus is 16 times more likely among people who are unvaccinated. Florida Governor Ron DeSantis’s administration followed through on their threat to withhold funding from local school districts that are requiring students to wear masks, despite the ruling of a state judge. DeSantis previously issued an executive order banning mask mandates in schools but after parents sued education officials, a judge ruled in favor of the parents, saying the administration doesn’t have the authority to punish schools for the mandate. The Florida Department of Education is withholding monthly salaries from school board members in Alachua and Broward counties.

The U.S. Education Department’s Office for Civil Rights is investigating five other states for having similar mask mandates, that might be restricting students who have federal protections from discrimination based on their disabilities. Hospitals in Louisiana are doing their best to prepare for the aftermath of Hurricane Ida, amid damage from the storm and the COVID-19 pandemic. With power outages city wide, hospitals are running on generators for at least several days. Some hospitals had to evacuate patients because of storm damage and others are running low on oxygen.  Officials say while cleanup and repairs could take weeks or months, they are thankful the storm wasn’t worse. About 70% of of adults in the European Union are fully vaccinated for COVID-19, according to EU officials. The region is now among the world’s leaders in vaccinations. While vaccinations had a slow start, last month they passed the U.S. in vaccinations. But officials warn, while the overall rate is high, some countries in the EU are falling behind. Latvia, Romania and Bulgaria have less than 50% of their populations vaccinated.