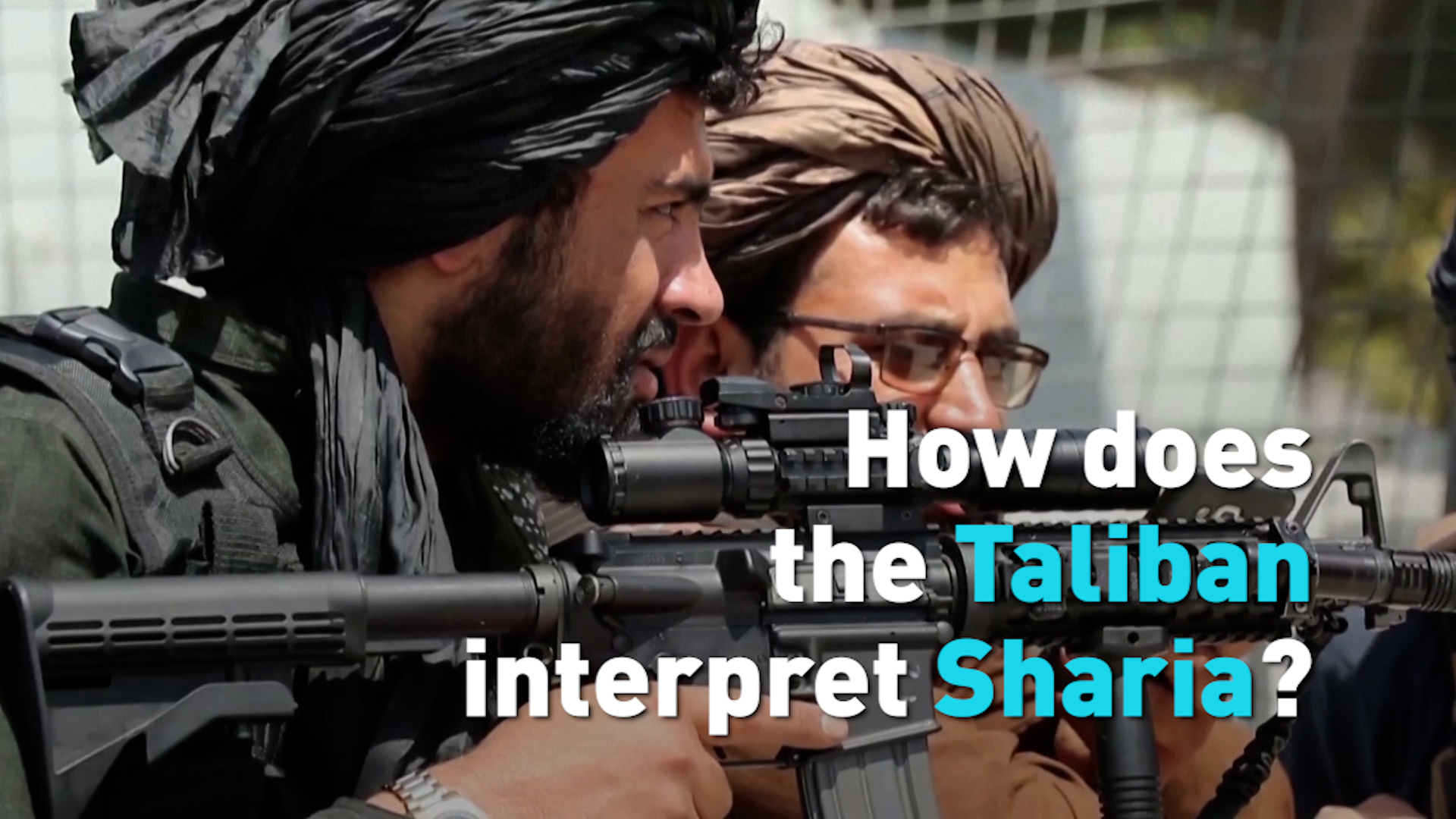 The Taliban say they will follow principles under Sharia law. What does that mean?

We spoke with Adnan Zulfiqar, Assistant Professor of Law at Rutgers Law School, about the law what it entails for Afghanistan’s future.

"Sharia is God's law that exists. So within the text of the Koran, which is the Muslim scripture, within the reports of the tradition of the Prophet Muhammad that have come down as well," said Prof. Zulfiqar. "All of that requires human agency to look into those texts to figure out what the law is."

Under Sharia, certain guidelines are noted for individuals to follow.

"You have the example of Mohammed himself as he lives in his life and what he does and advice he might give, etc., which that gets recorded by people first in their memories," added Prof. Zulfiqar.

When an answer cannot be derived from a modern day situation, the jurists, specialists in Islamic law, ponder upon a proper guidance.

For example, "There were no cars back. Fourteen hundred years ago when Muhammad existed, now a Muslim may want to know, is it permissible for me to ride in a car? What should I do if the time for prayer comes and I'm riding in a car? And I'm stuck in traffic. And it's not possible for me to stop and get out and say my prayers"

During their 1996-2001 rule, also guided by Sharia, the Taliban stopped women from working, carried out forced marriages and child marriages and imposed many other restrictions.

But the Taliban of 2021 say they will respect women's rights.

"The idea that a woman is being put into marriage without her consent is absolutely prohibited," said Prof. Zulfiqar. "The other issue is with regard younger girls, is also deeply challenging and problematic because the issue of consent is even more difficult for someone who is particularly young. Child minors are actually not required to carry out certain obligations or abide by certain parts of the Sharia because they are not considered to have legal capacity minors, people who, for instance, have some mental incapacity."

Would there be a change in the Taliban, 20 years on?

According to a pew research study, nearly all Muslims in Afghanistan and most in Iraq and Pakistan support Sharia as official law.

But in some other countries, especially in Eastern Europe and Central Asia – including Turkey, Kazakhstan and Azerbaijan, relatively few favor the implementation of Sharia.

Suggesting an open field of interpretation in the modern world.