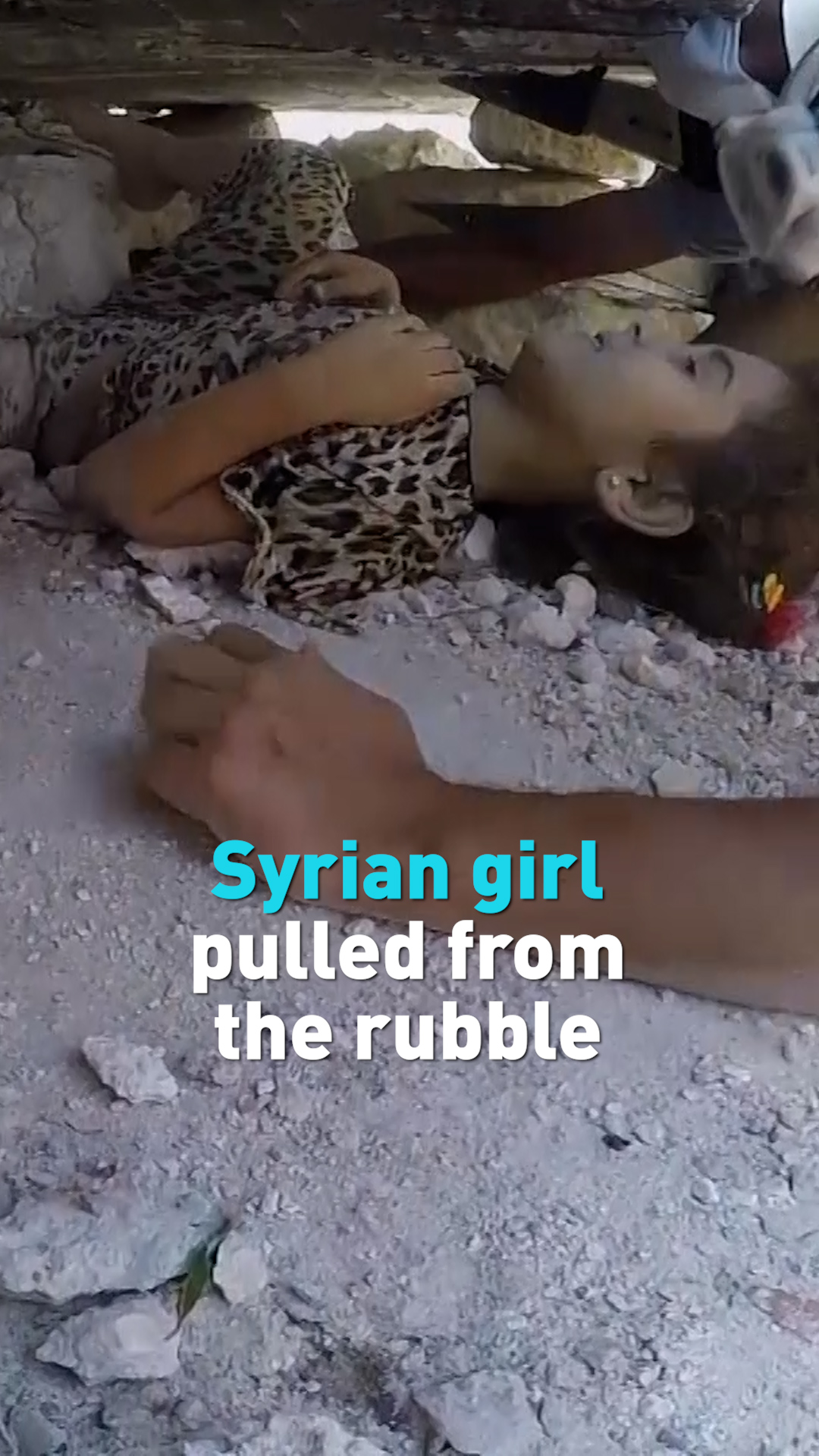 This unverified footage from the White Helmets shows rescuers pulling a girl from the rubble of a shelled-out building in Syria's Idlib. It is unknown if the girl in the video survived.

Idlib province is the last major rebel stronghold in the war-torn country.