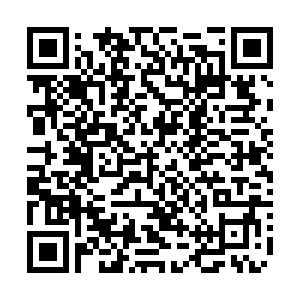 This Holstein cow is going to the toilet.

As part of a research project, behavioral scientists successfully toilet-trained 11 out of 16 cows.

Even more surprising, the training was easy, according to the study senior author.

"The thing that's really surprising here is how quickly the cows learnt relative to children," says Lindsay Matthew, study senior author and animal behavioral scientist at the University of Auckland in New Zealand.

"So with very, very intensive training, some children can learn in a matter of a day or so. But most children, as you'll be aware, take quite some time and some days, weeks or months. And so we only had 15 training sessions with these animals and we had about, on average, 20-25 urinations, and they were fully trained."

In just 15 days, researchers used the reward and touch of punishment system to get cows to push through a designated gate, go into an astroturf-covered pen nicknamed a "MooLoo," and then urinate, not defecate.

Once their business was done, they were rewarded with a super sweet liquid of mostly molasses.

And if the cow urinated outside the MooLoo, they got a squirt of cold water.

Because of the limited time frame of the experiment, researchers gave diuretics to the cattle to get them to urinate more.

If this experiment originated from a half-joking question on a New Zealand radio talk show, the motive behind the study is very serious.

Massive amounts of urine waste pose an important environmental issue, especially in Europe, according to the researcher.

And cows do pee a lot.

A single cow can produce about eight gallons (30 liters) of urine a day, Matthews says.

When the cattle live indoors, the urine and feces often get mixed together, which produces ammonia, a gas that contributes to acid rain showers.

If the cows live outdoors, it poses another problem.

"When you have animals outdoors, the urea can get converted into nitrates in the soil and then go and pollute the waterways, cause all sorts of problems in the waterways. And also, if the nitrate concentrations are too high, you get blue babies and all that sort of thing. So, that's the direct nitrate problem in the soil. And then the nitrates get converted to nitrous oxide, which is 300 times more potent than carbon dioxide," says Matthew.

In 2019, nitrous oxide comprised 7% of all the U.S. greenhouse gases, according to the Environmental Protection Agency.

But the biggest environmental problem for livestock is the methane they emit in belches and flatulence, a significant source of global warming.

The experiment both shows how easy it is to toilet train other animals and how smart cows are, Matthews says.

He thinks the same techniques could be used for sheep, pigs and other livestock.