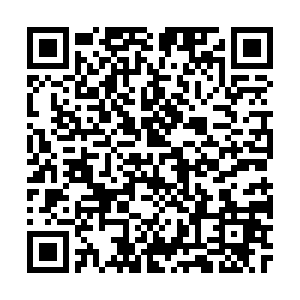 It's the first increase in poverty after five consecutive years of declines.

There were 37.2 million people living below the poverty line in the United States in 2020. The definition of poverty ranges from $12,413 to $57,597 in annual income depending on the number of people in the family unit, and if the family had children under the age of 18.

Had it not been for government aid given to Americans during the COVID-19 pandemic, the estimated number of people in poverty would have increased to 54.4 million or about 17 percent of the population. 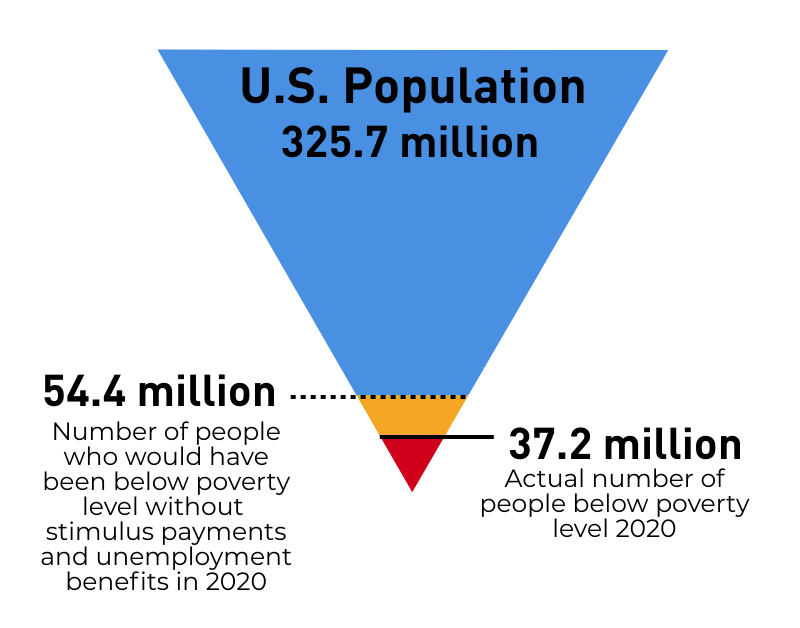 According to the Census, stimulus payments during the pandemic, moved 11.7 million out of poverty while expanded unemployment benefits prevented 5.5 million from falling into poverty.

The single largest program keeping people out of poverty remains Social Security, which prevented 26.5 million people from falling into poverty. 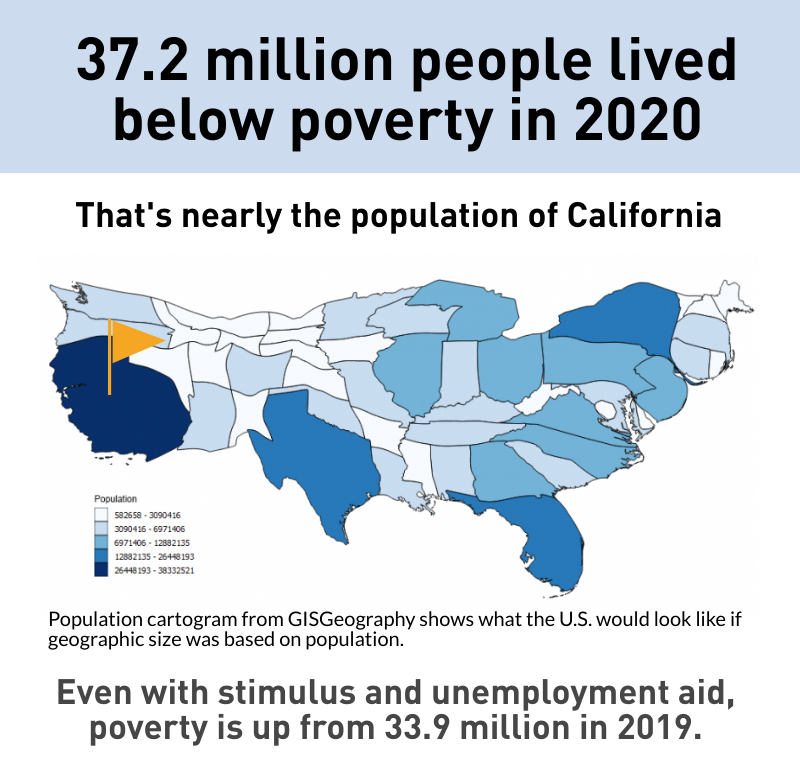 The poverty level in 2020 remained below that of the 2008 economic recession, but due only to government interventions. Had it not been for stimulus payments and expanded unemployment benefits, the poverty rate would have hit a 40-year high. Much of this is due to the influence of President Lyndon B. Johnsons's War on Poverty which began in 1964 and saw the creation of Medicare and Medicaid, the Food Stamp Act, the Elementary and Secondary Education Act, and the Economic Opportunity Act which ran programs such as Project Head Start for low-income preschool children.

Many of these programs are still in place today.