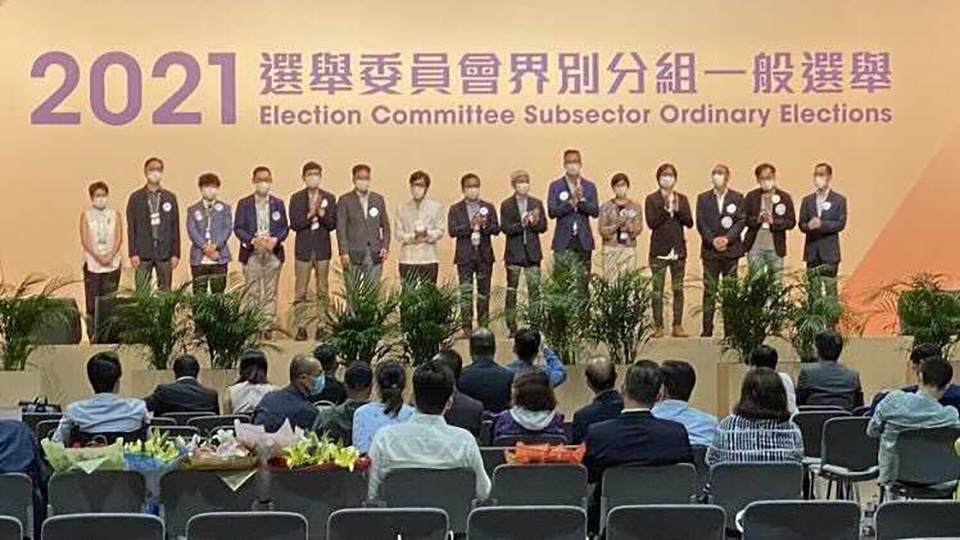 Ballots closed at 6:00 p.m. local time Sunday at six polling stations across Hong Kong. It is the first elections since improvements were made to Hong Kong's electoral system earlier this year.

The voter turnout rate was 90 percent with 4,380 total voters.

The decision expanded the Hong Kong Special Administrative Region Election Commission to five sectors with a total of 1,500 people.

Because legislative council members have not yet held general elections and some ex officio members have overlapping status, the total did not equal 1500.

Here are the sector breakdowns that have been released so far:

15 from the architectural, surveying, planning and landscape sector.

17 from the insurance sector.

17 from the commercial (third) sector.

15 from the legal sector.

14 from the technology and innovation sector.

14 from the medical and health services sector.

12 people have been elected from the social welfare sector.

16 from the financial services sector.