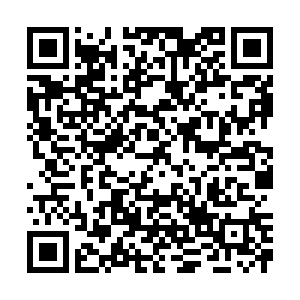 The sixth steering committee meeting of the United Nations Peace and Development Trust Fund (UNPDF) was held via video link on Monday.

"This year marks the 100th anniversary of the founding of the Communist Party of China (CPC). It also marks the 50th anniversary of the restoration of China’s lawful seat in the United Nations. Last month, President Xi Jinping attended the General Debate of the 76th session of the United Nations General Assembly (UNGA) and made a key speech through video link, which sends a clear signal of China’s support for the U.N. in playing a central role in international affairs and speaks volumes about the importance China attaches to and our support for the work of the U.N.," Ambassador Zhang said.

Zhang said that China has always supported the work of the United Nations with practical actions.

"In recent years, the proportion of dues has continued to rise. As the largest developing country, a permanent member of the Security Council, and the second largest contributor to the U.N. regular budget and peacekeeping assessments, China will continue to contribute funds to support the Peace and Development Fund, which fully demonstrates China’s solemn political commitment and firm support for the United Nations," Zhang added. "The world is currently facing multiple crises. The international community needs to join hands to meet challenges and achieve common development. China expects the fund to firmly defend true multilateralism."

On behalf of the U.N, Maria Luiza Ribeiro Viotti thanked the Chinese government for its generous contribution to the U.N.

She said, “since its inception, the UNPDF has always been supporting the UN in playing a leading role in international peace process and in implementing the 2030 Agenda for Sustainable Development. It is a strong support for the UN’s efforts to address global peace and development challenges. The COVID-19 is still spreading, the global economy is struggling to recover, and international cooperation is unprecedentedly tested. The pandemic underlines the value and importance of multilateralism and international cooperation. It is hoped that the UNPDF will continue to support the U.N. in playing a greater role.”

Chinese President Xi Jinping announced the establishment of the UNPDF at the summit meetings commemorating the U.N.’s 70th anniversary in September 2015 pledging $200 million over a 10-year period. It aims to support the work of the U.N. and promote multilateral cooperation.

During the 75th session of the U.N. General Assembly in 2020, Xi announced that the fund will be extended for five years after it expires in 2025.

The fund aims to support the work of the United Nations, promote multilateral cooperation, and make continuous contributions to world peace and development. Since the establishment of UNPDF, the fund has supported nearly 100 projects in Asia, Africa, Latin America and Oceania.