Download
What is 'eco-anxiety?': The negative impact of climate change on mental health
April Lanuza 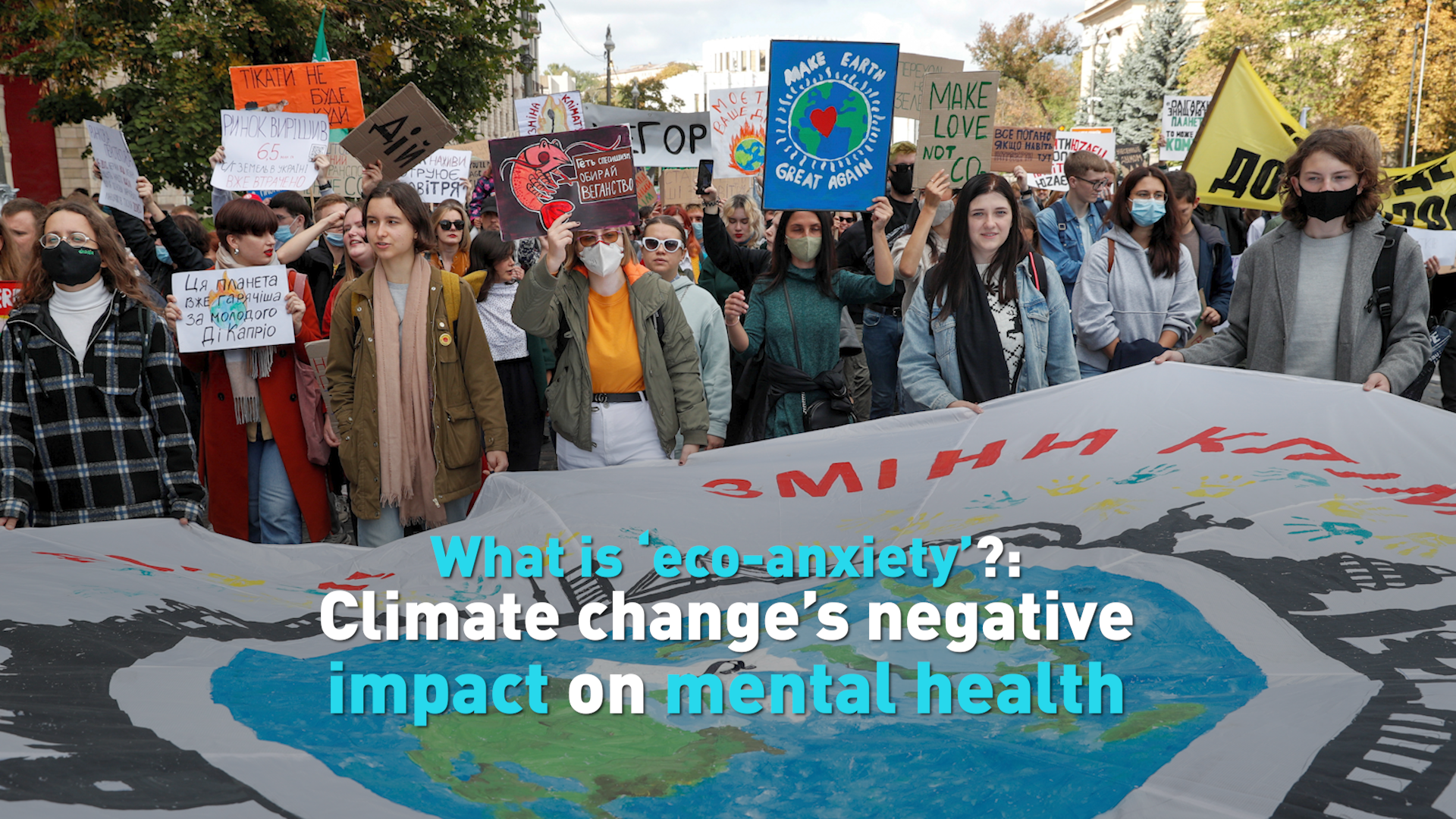 Climate change is having a negative impact on our health.

And world leaders are missing their chance to step in, says a new report from the medical journal The Lancet.

The Lancet report concludes climate change is hurting human health in a myriad of ways.

—Fires caused by droughts and extreme heat cause breathing problems and worsen existing lung conditions.
—Extreme heat can lead to heat strokes and complications for heart, lung and kidney disease.
—Changes in our oceans and waterways are damaging water quality by increasing exposure to water pollutants like toxic algae.
—Changes in our weather can create suitable conditions for the spread of infectious diseases.
—Climate change contributes to water/food insecurity, economic instability and other issues that cause stress, anxiety and depression.

People across the U.S. and the world are already experiencing negative impacts of climate change.
For example, the U.S. West Coast has faced a months' long drought that has fueled several large wildfires.

One of the groups taking charge in demands for climate action is young people.

Thousands around the world have expressed their concerns for the environment through protests and other events, demanding their leaders take action.

But many are experiencing 'eco-anxiety,' says a study in the journal Nature, and it’s affecting their daily lives.

The report surveyed 16-to 25-year-olds in 10 countries, asking how they felt about climate change and government responses to it.

Almost 60% of the 10,000 young people surveyed said they felt 'very worried' or 'extremely worried,' according to the study.
Many surveyed described themselves as feeling 'afraid,' 'anxious,' 'powerless,' and a range of other emotions.

According to the study, more people in the Philippines (84%), India (68%) and Brazil (67%) said they felt 'very worried' or 'extremely worried' about climate change.

The majority (65%) say their governments are failing young people.

But while all these issues are taking a toll on the mental health of young people worldwide, Licensed Clinical Psychologist Andrew Schwehm says change happens over time and there are steps people can take to improve their outlook on the future of the environment.

Schwehm says that by participating in community groups and local initiatives such as tree planting, protesting, beach cleanups and other activities, people can take climate action themselves.

While most people don't have the power to create or change legislation, he points out, action starts at the local level and being active in a community can improve overall well-being.