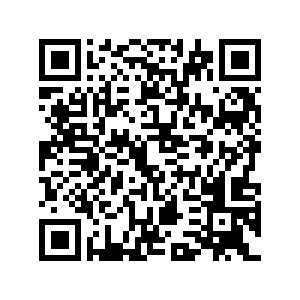 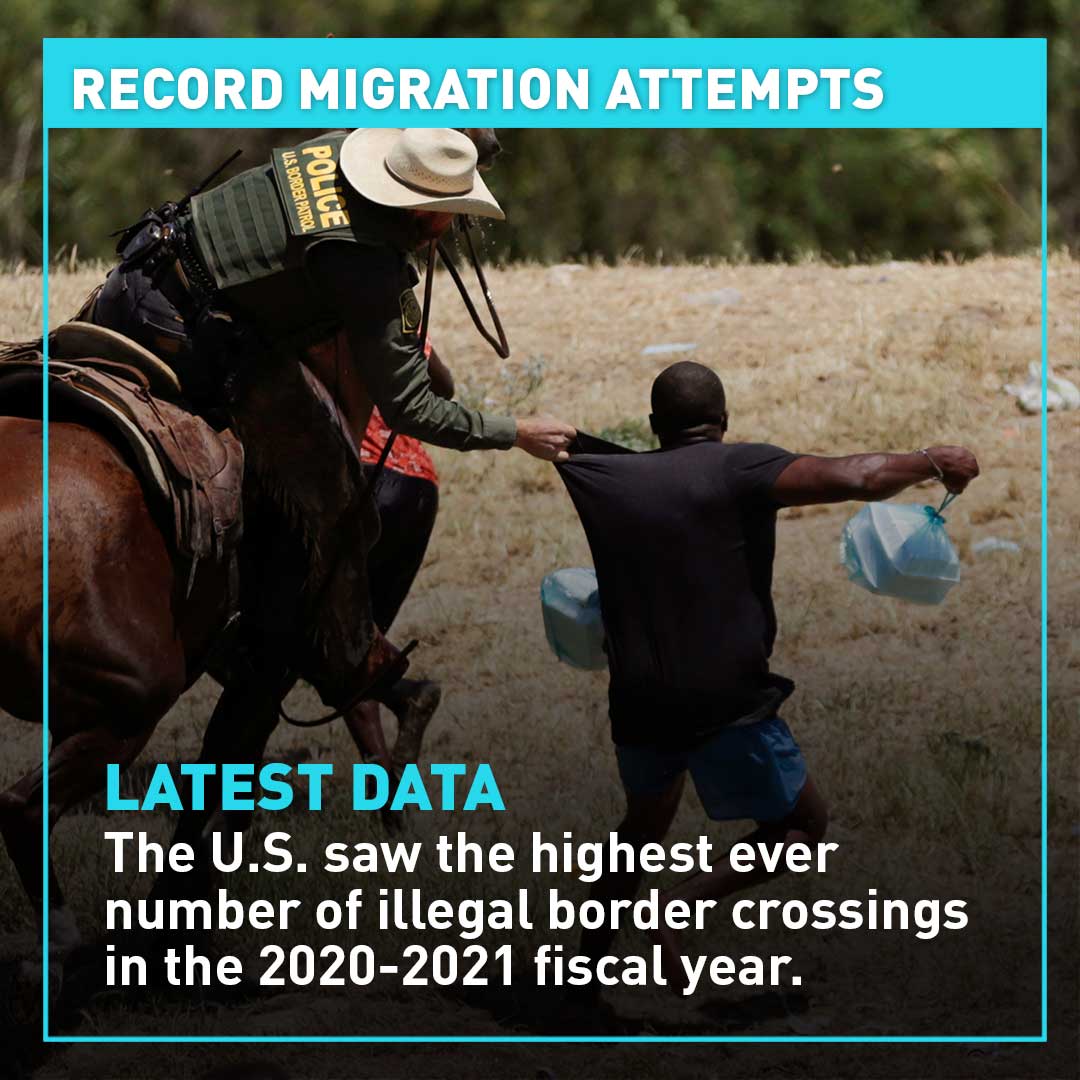 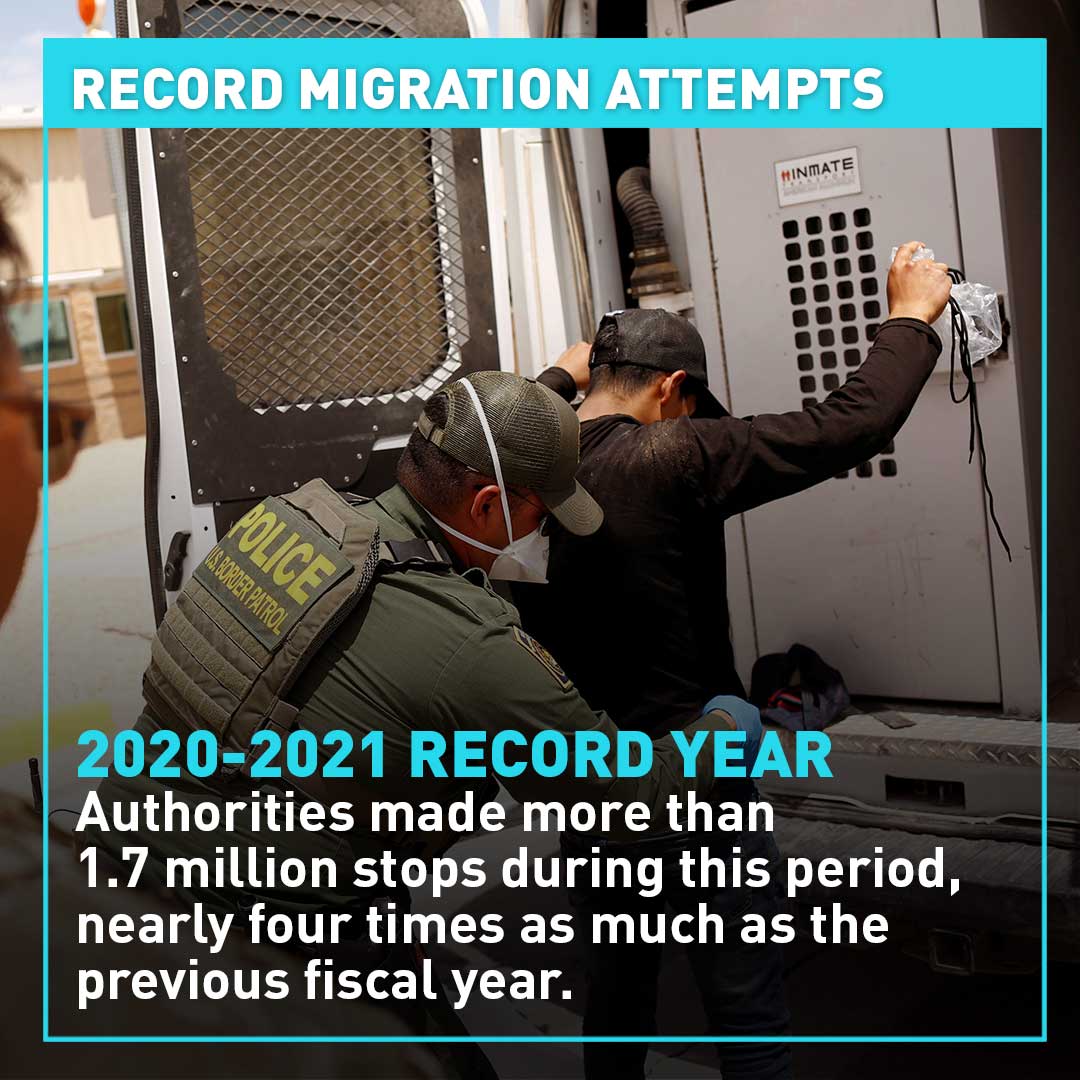 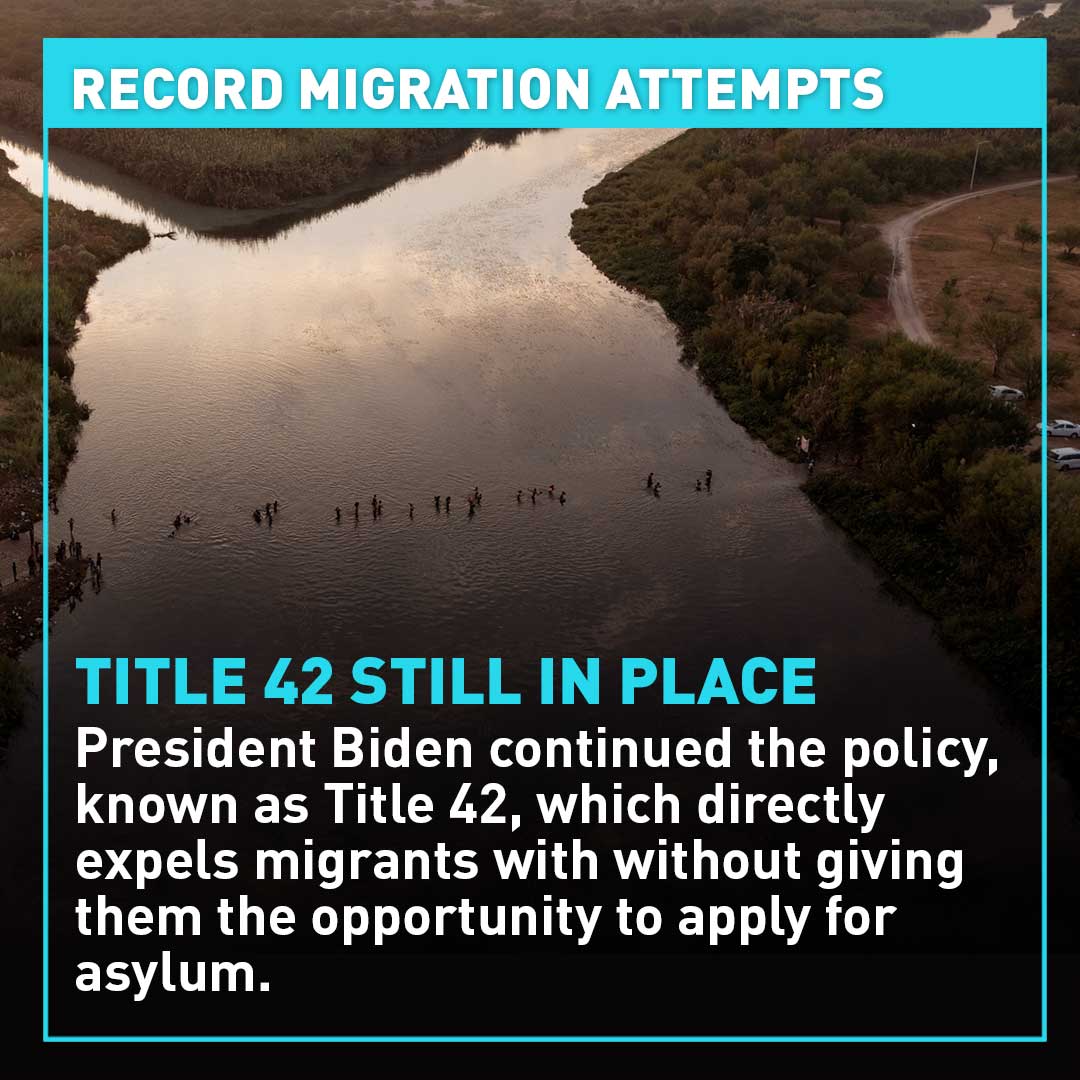 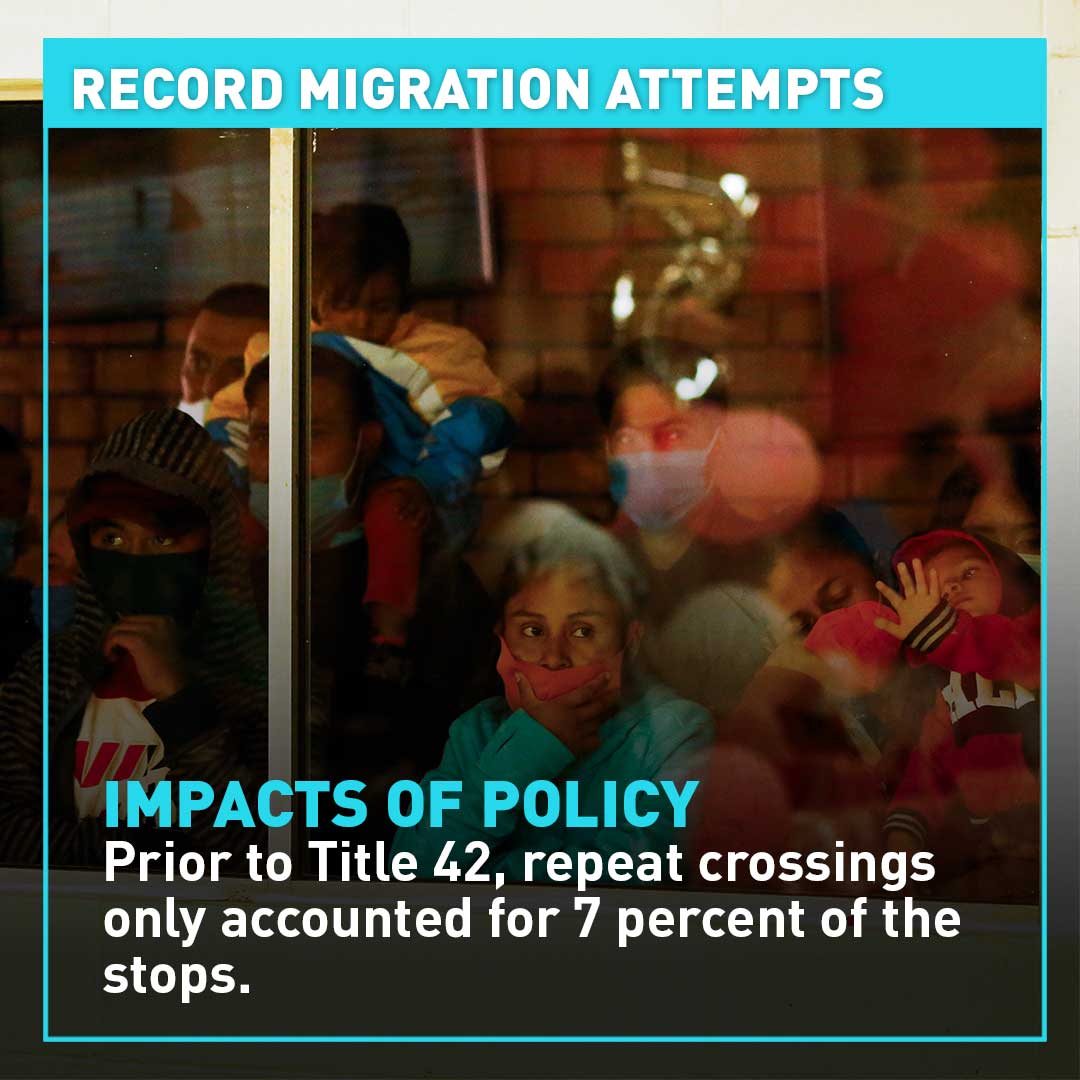 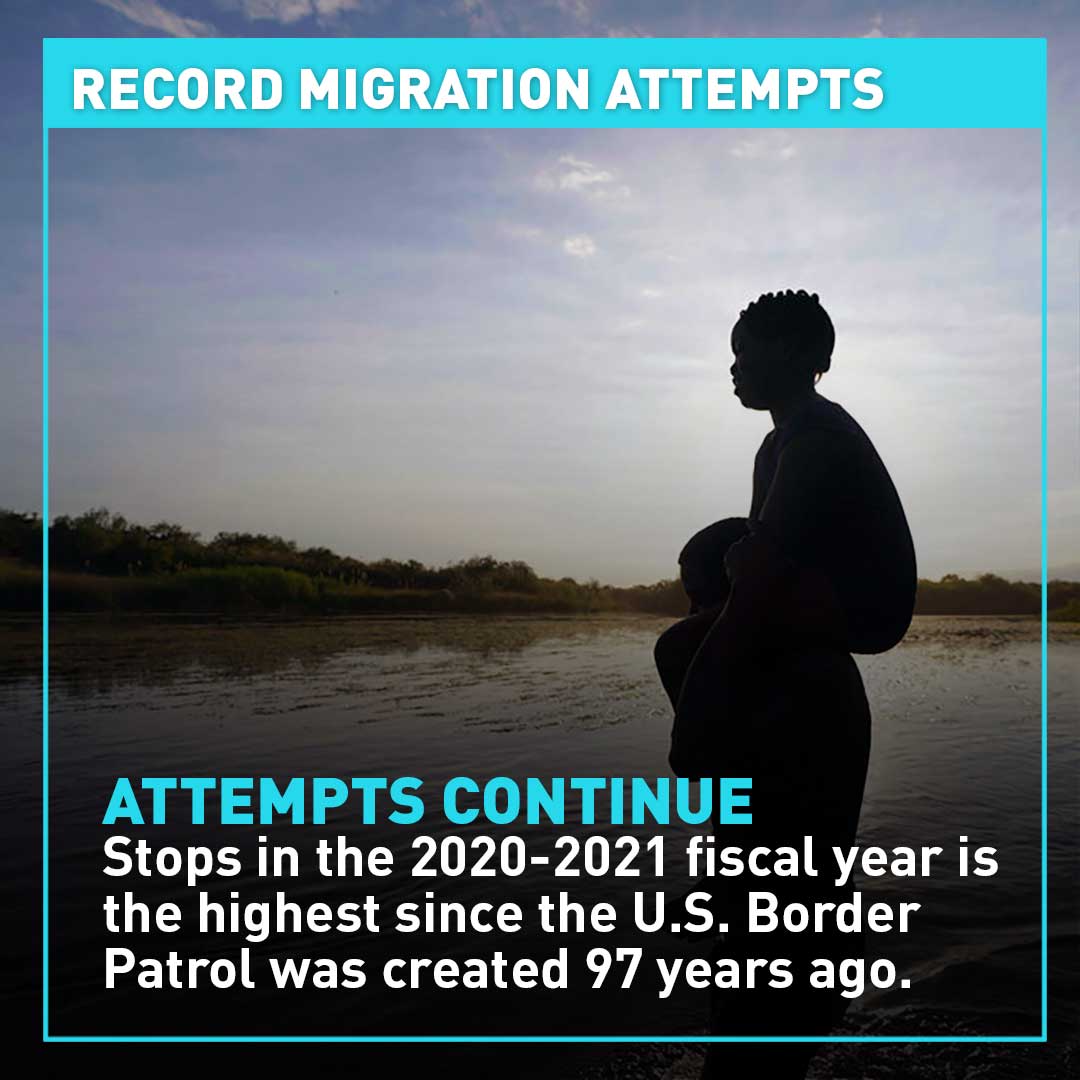 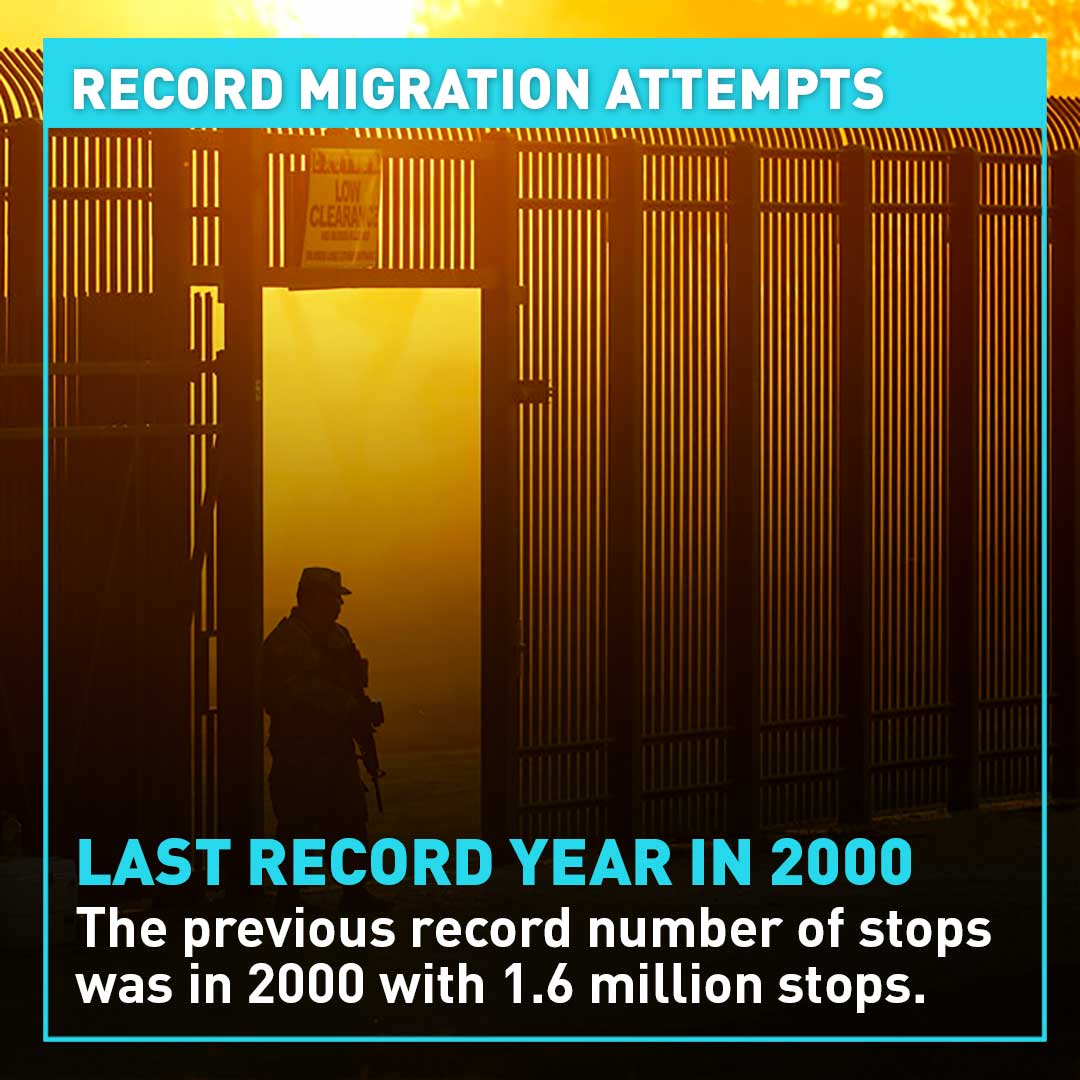 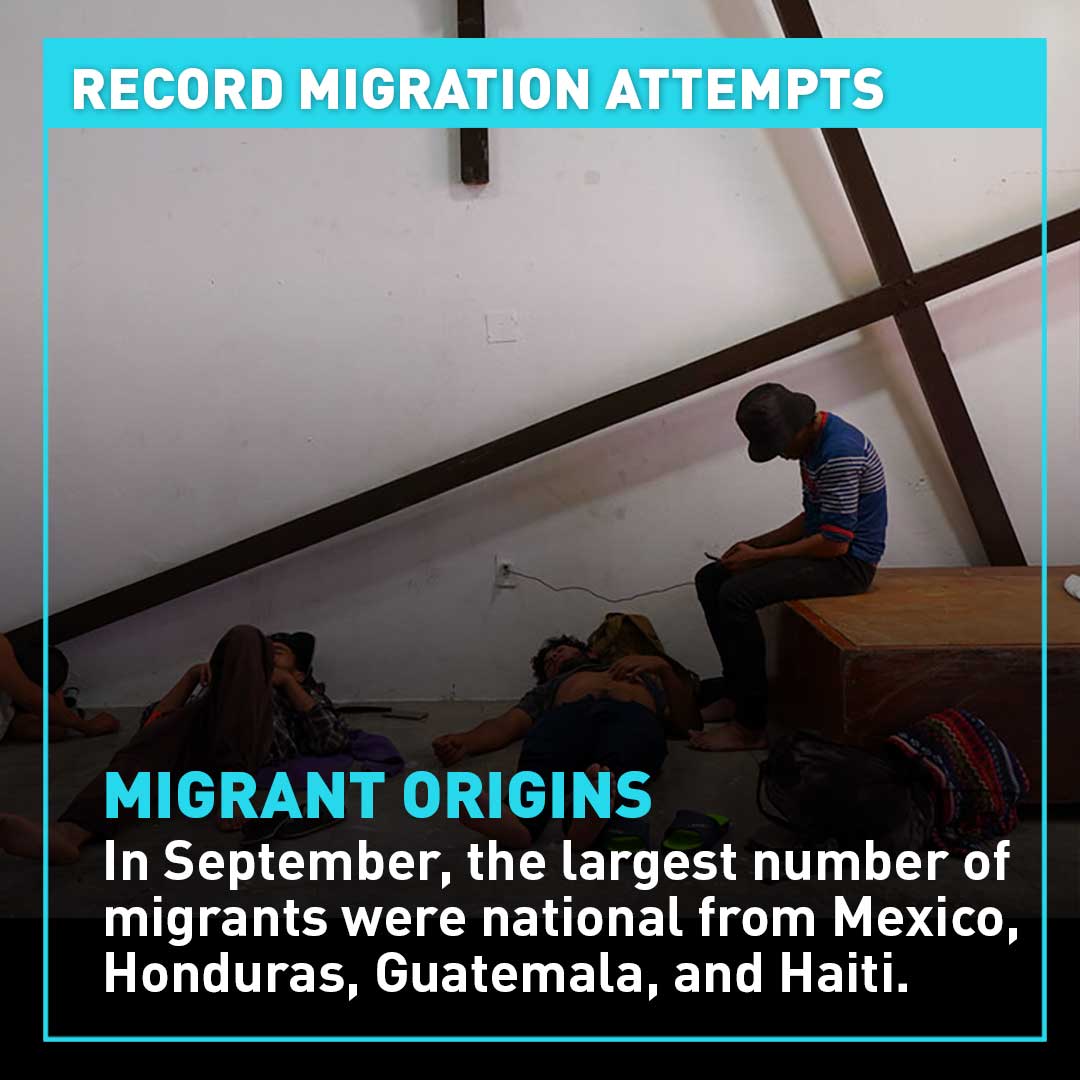 Scroll left and right to view gallery above.

The U.S. saw the highest ever number of illegal border crossings in the 2020-2021 fiscal year.

Authorities made more than 1.7 million stops during this period, nearly four times as much as the previous fiscal year.

Twenty-seven percent of the stops were of migrants who had been detained at least once in the previous 12 months.

The high rate of repeat crossing attempts is due to U.S. immigration rules put in place during the COVID-19 pandemic under former President Trump.

President Biden continued the policy, known as Title 42, which directly expels migrants with without giving them the opportunity to apply for asylum.

Prior to Title 42, repeat crossings only accounted for 7 percent of the stops.

The previous record number of stops was in 2000 with 1.6 million stops.

In September, the largest number of migrants were national from Mexico, Honduras, Guatemala, and Haiti.