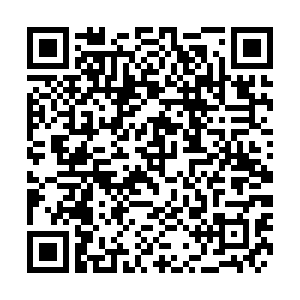 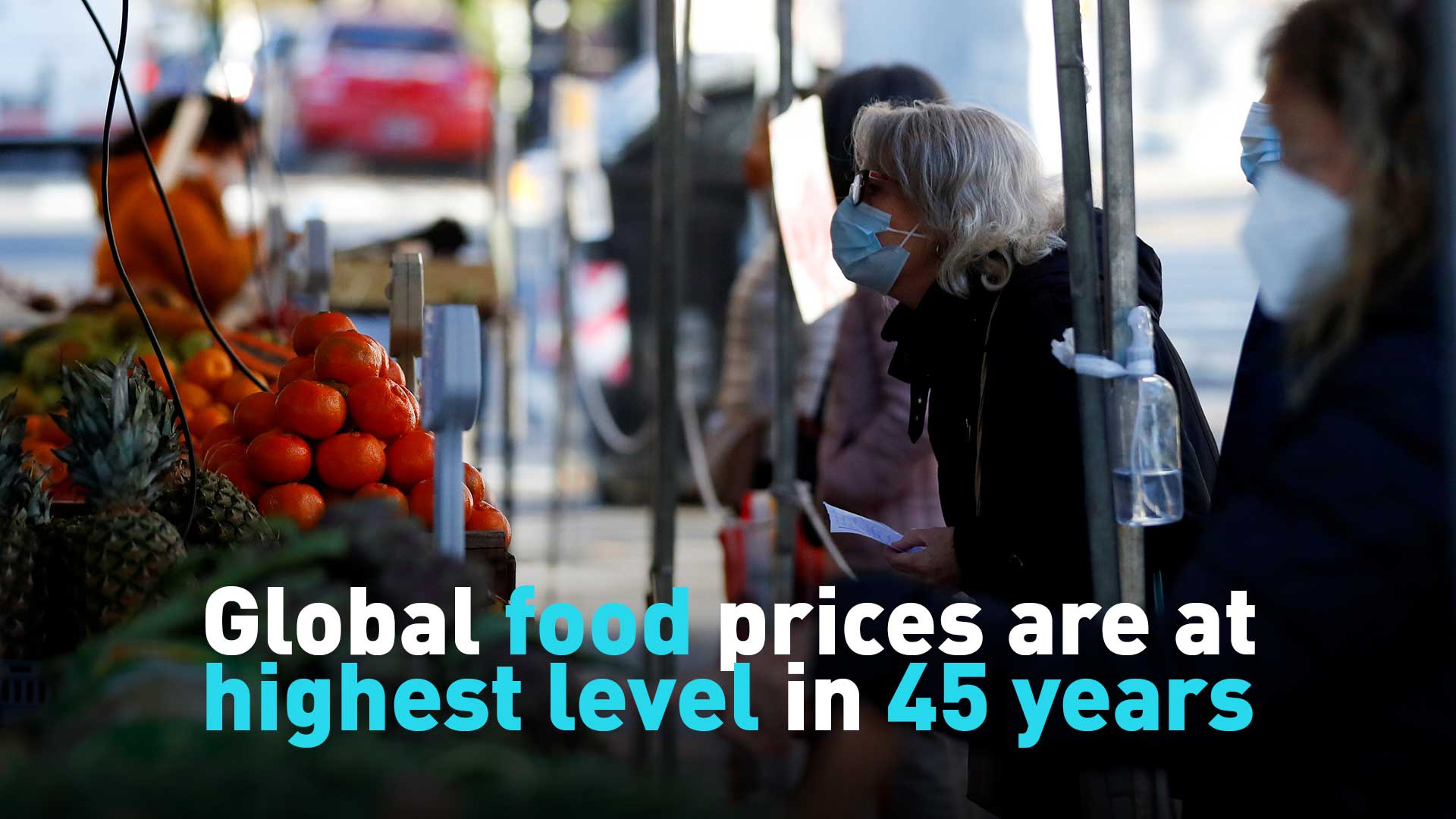 Around the world it's more expensive than ever to buy basic staples including meat, dairy, cereals, oils, and sugar.

When adjusting for inflation, food prices are more expensive now than in the last 45 years, according to the United Nations Food and Agriculture Organization's Food Price Index, which tracks monthly changes in the international prices of common food commodities.

The inflation-adjusted food index averaged 132.5 points in October, up 30 points (29 percent), from a year ago. 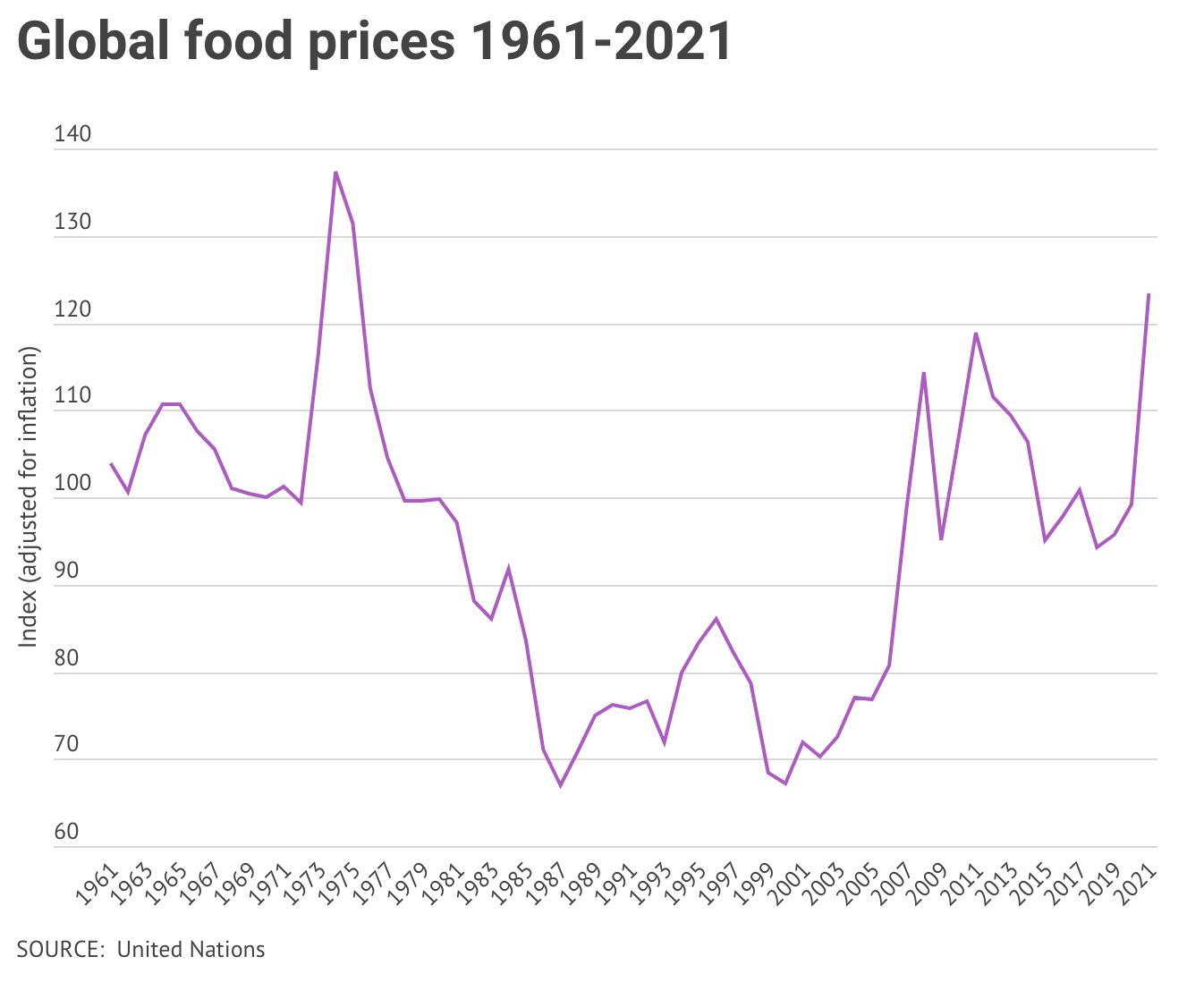 The rise in food prices overall is attributed to inflation and weather events, such as heavy rains in India and China that have damaged crops and made vegetables more expensive and in shorter supply.

Inflation has risen the the most in Latin America, forcing tens of millions of people to go malnourished or skip meals, the United Nations estimates.

In Brazil, inflation is rising three times what the central banks' estimated and the country has also seen the worst drought in a century, damaging crops and drying up the water needed for hydroelectric dams, the Wall Street Journal reports.

Mexico, Colombia, Peru and Chile are also experiencing inflation, according to the Wall Street Journal report. 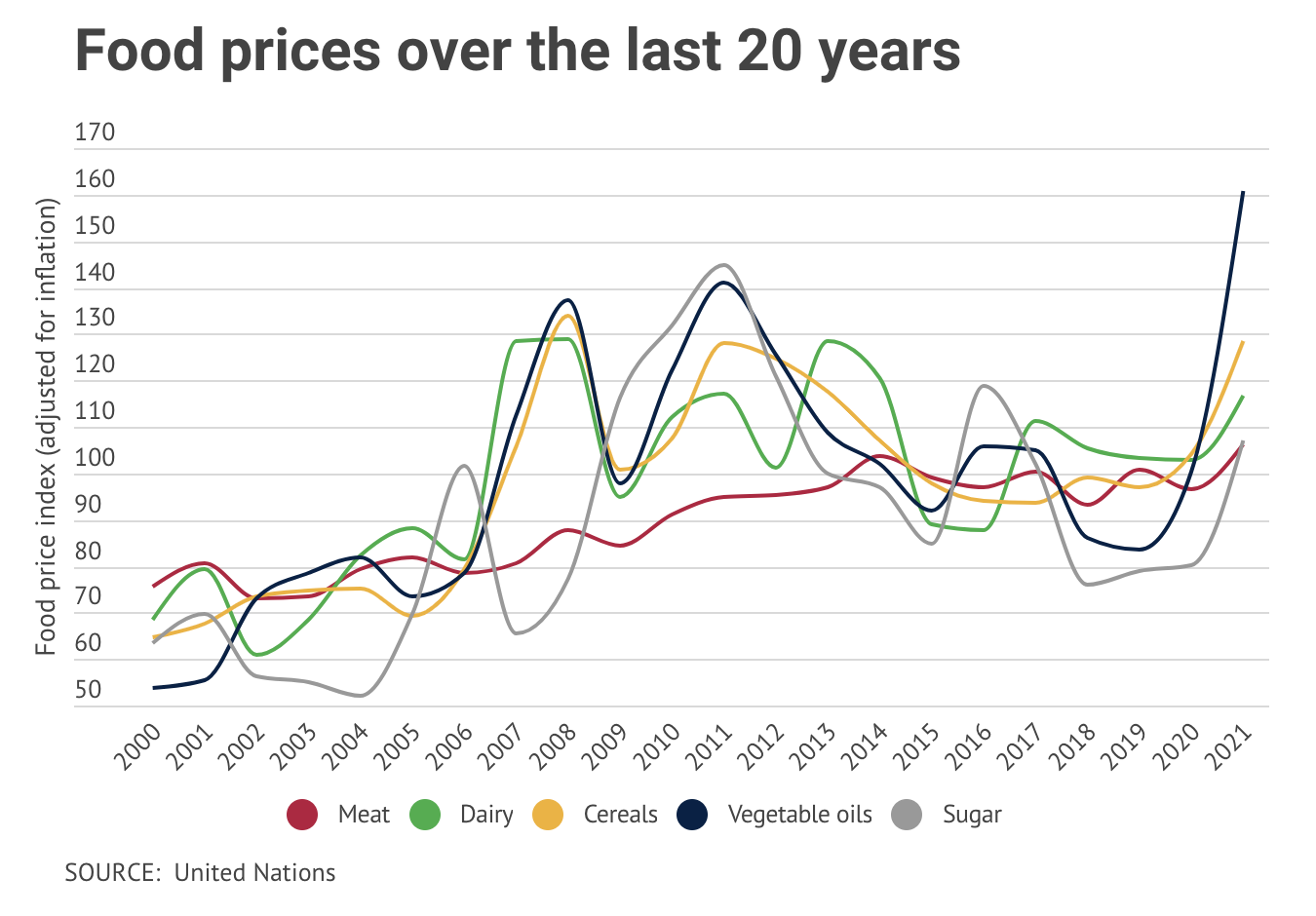 The index for 10 different vegetable oils was up 76 points (70 percent) from a year ago due to increases in palm, soy, sunflower and rapeseed oils. Palm oil was up due to an ongoing migrant labor shortage in Malaysia. High rapeseed prices were also due to delays in the global supply chain. Rising crude oil also attributed to an increase in the price of vegetable oils.

The index for sugar was up 32 points (38 percent) due to lower output in Brazil.

The index for cereal including wheat, maize, barley, sorghum, and rice, was up 23 points (20 percent) due to less availability and reduced harvests in Canada, Russia, and the U.S.

The index for meat, including bovine, pig, poultry and sheep was up 19 points (20 percent).

The index for dairy including butter, cheese, and milk powder was up 14 points (14 percent) due to greater demand to secure supplies. Europe also saw seasonally low milk supplies.