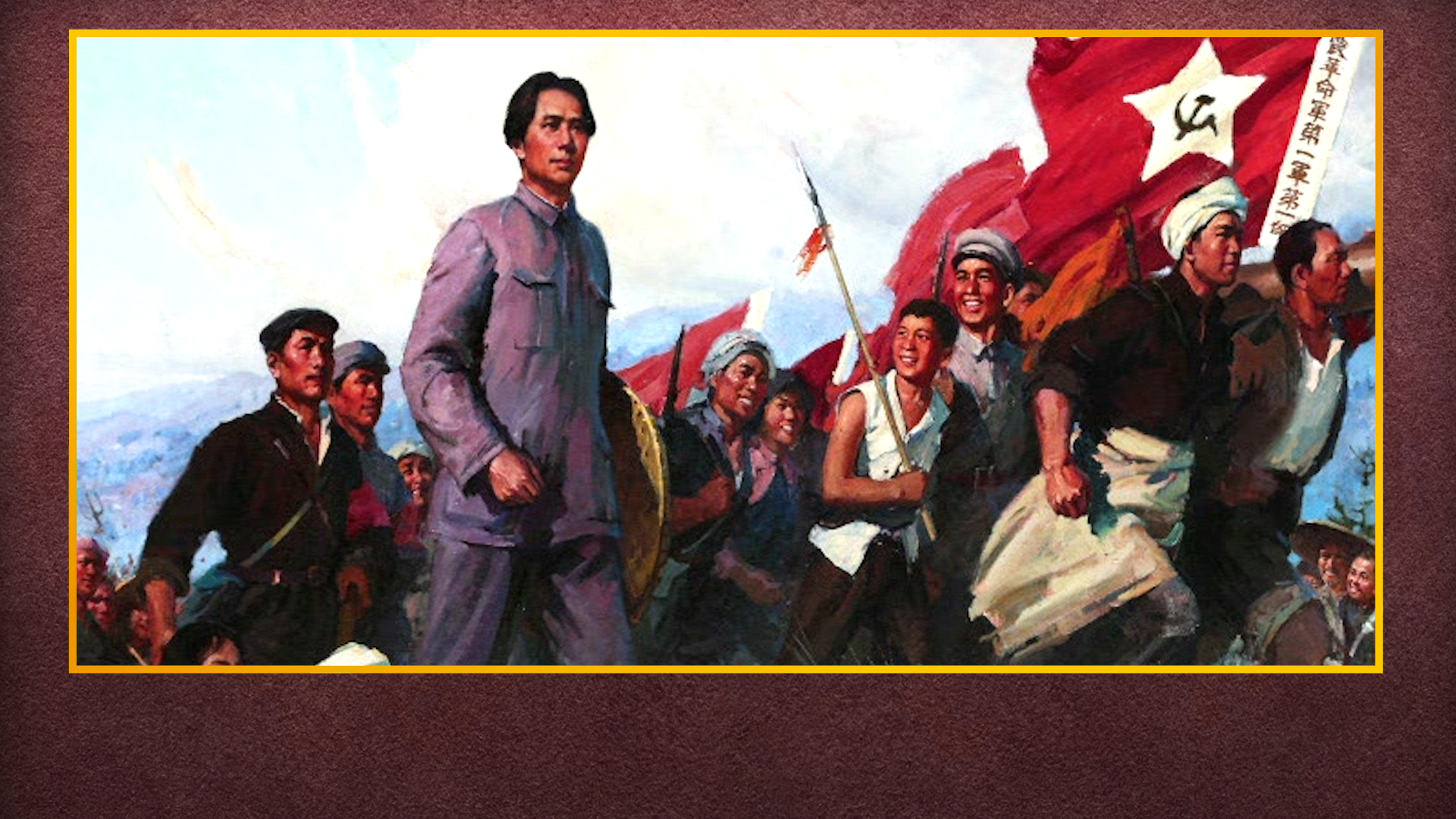 The painting “Autumn Harvest Uprising” was created by He Kongde, Gao Quan, Ji Xiaoqiu, and Chen Yuxian in 1973.

It depicts the moment the Communist Party of China (CPC) launched the Autumn Harvest Uprising at the border of Hunan and Jiangxi provinces in September 1927.

Following the collapse of the Kuomingtang-CPC coalition in 1927, the Nationalist Party (KMT) turned violently against CPC members.

The CPC Central Committee then held an emergency meeting in August 1927. Mao Zedong presented the idea that “political power grows out of the barrel of a gun.”

Mao believed that political power must be seized through revolutionary armed forces.

Subsequently, Mao led the Autumn Harvest Uprising, during which the first CPC military flag was designed.

The Uprising did not go smoothly. The KMT’s stronger military presence and the CPC’s lack of fighting experience caused setbacks for the forces.

But CPC forces were able to stop the attack on Changsha, capital Hunan Province, and moved the army to rural areas where KMT was weak.

While the uprising was ultimately not successful, it led the Party to embark on a new revolutionary path, using rural areas to encircle cities.