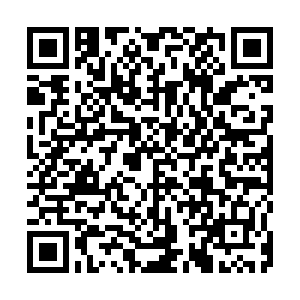 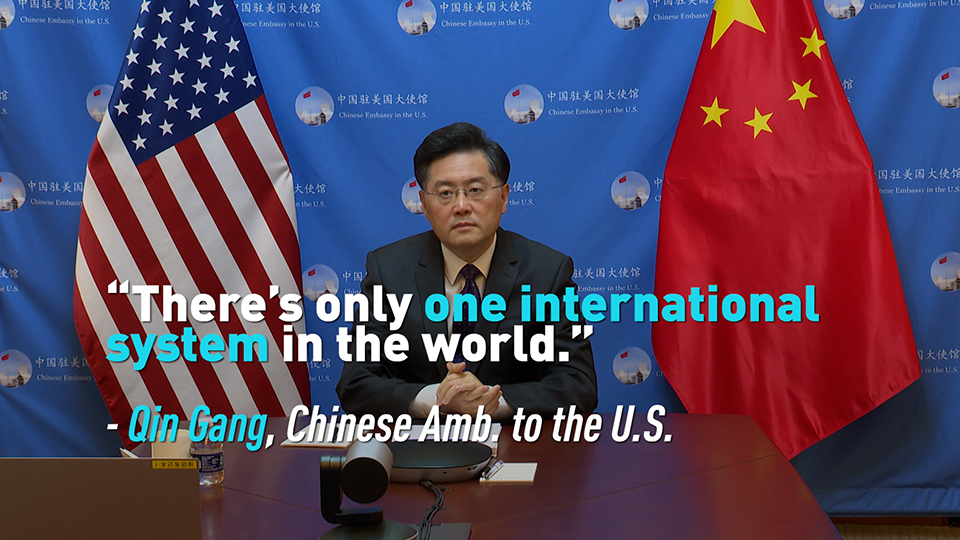 At the beginning of his speech, Ambassador Qin blasted the U.S. "rules-based world order".

"The U.S. said its China policy is for defending a rules-based world order. But what are the rules? Who made these rules? Who are the traffic police? The U.S. has not made itself clear on these questions," he said.

He said there is only one world order, namely, the United Nations system.

The U.S. pulled out from a number of UN organizations and treaties under former U.S. President Donald Trump, including the WTO and the Paris Agreement, as China continues to call on the U.S. to honor its promises and fulfill its due responsibilities. 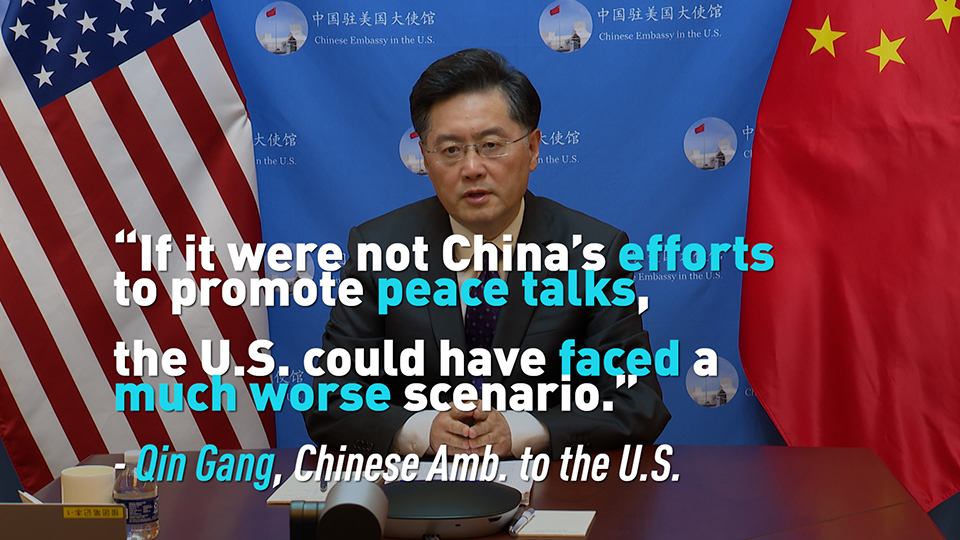 "If it were not China's efforts to promote peace talks (in DPRK and Iran nuclear issues), the U.S. could face a much worse scenario," said Qin.

Since the founding of the PRC, China has not started a single war, nor has it taken an inch of foreign land, Qin stressed. He said the U.S. should view China as a solution, not a problem.

"China is not part of the problems in the world, but part of the solutions," Ambassador Qin said. He also pointed out that China has "no grumbling, no blame-shifting and no troublemaking" and has always been trying its best to do its part well and help others.

He gave examples of China joining the U.S. to fight terrorism after 9/11, working with the U.S. to cope with 2008 financial crisis and pushing for climate change agreements to be signed and, most importantly, honored. 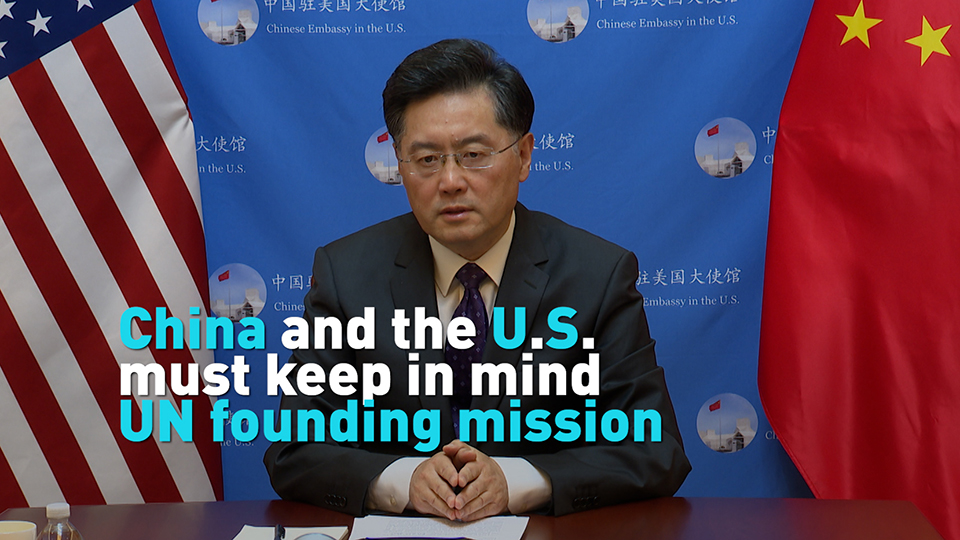 In terms of China-U.S. relations, Qin said, "China and the U.S. must keep in mind the words in the UN Charter. We, the peoples of the United Nations are determined to save succeeding generations from the scourge of war, which twice in our lifetime has brought untold sorrow to mankind".

Qin added that hegemonism, zero-sum game thinking and major power competition created turmoil to the world, and urged all UN members to say no "to the cold-war mentality, to drawing ideological lines and to bloc rivalry." 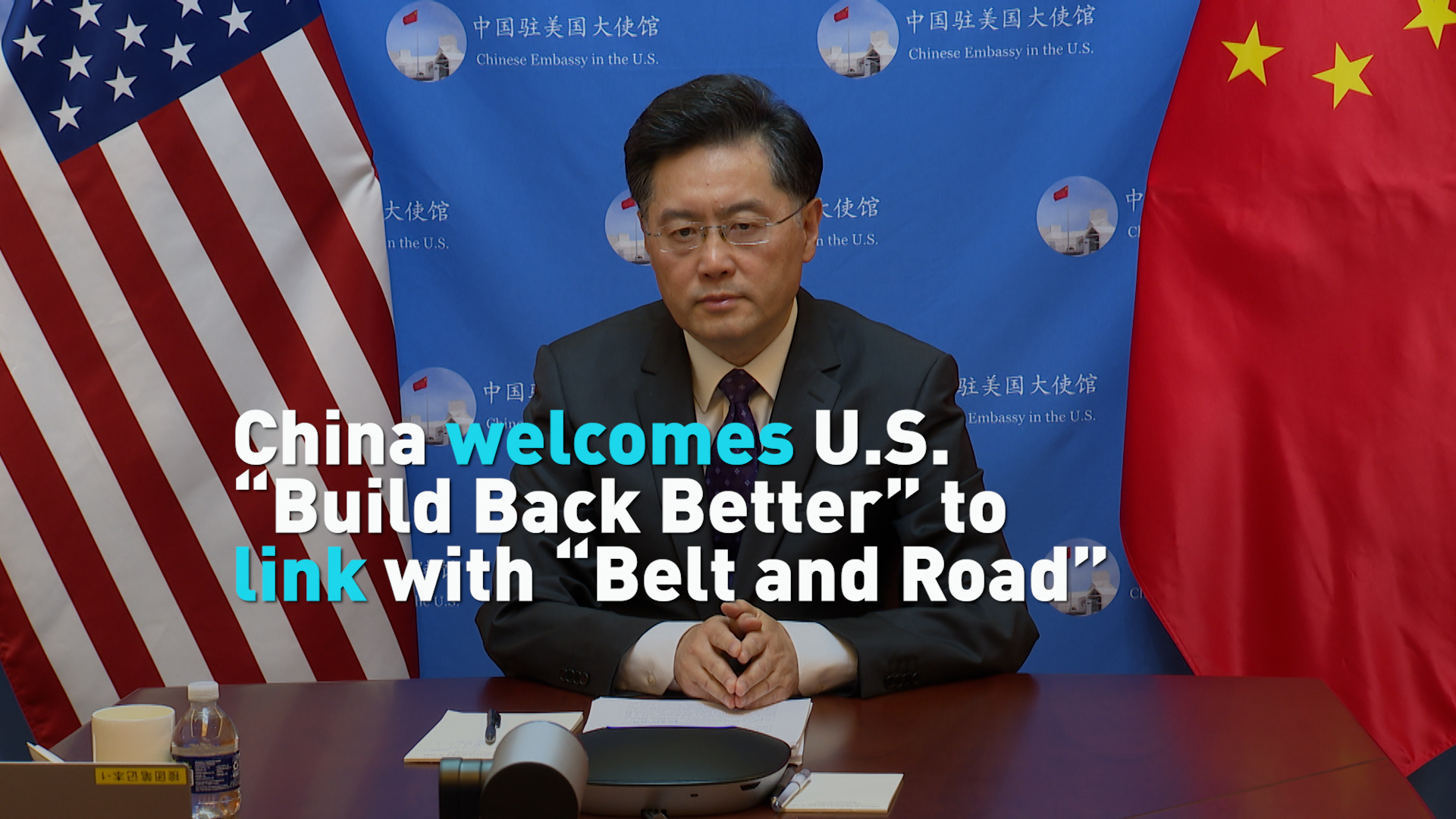 Ambassador Qin also welcomes the U.S. to take part in the Belt and Road Initiative (BRI) and "finds its complementarity with Build Back Better World", saying the BRI is based on joint contributions and shared benefits, and the U.S. is never excluded from the cooperation. 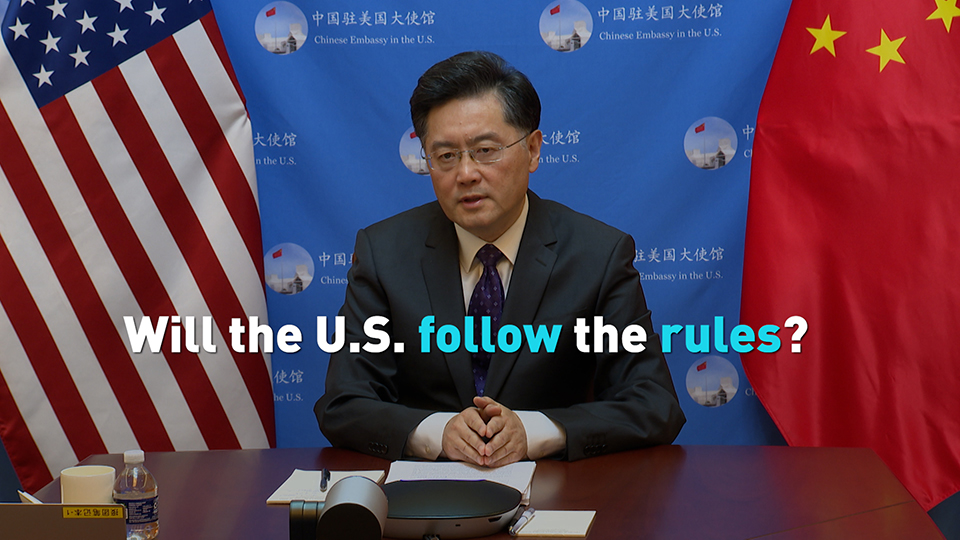 At the end of his speech, Ambassador Qin used a quote from the movie 'Crouching Tiger, Hidden Dragon' to highlight the importance of following rules. "If China and the U.S. can live in peace and help other countries, wouldn't be great for the world?" he said.