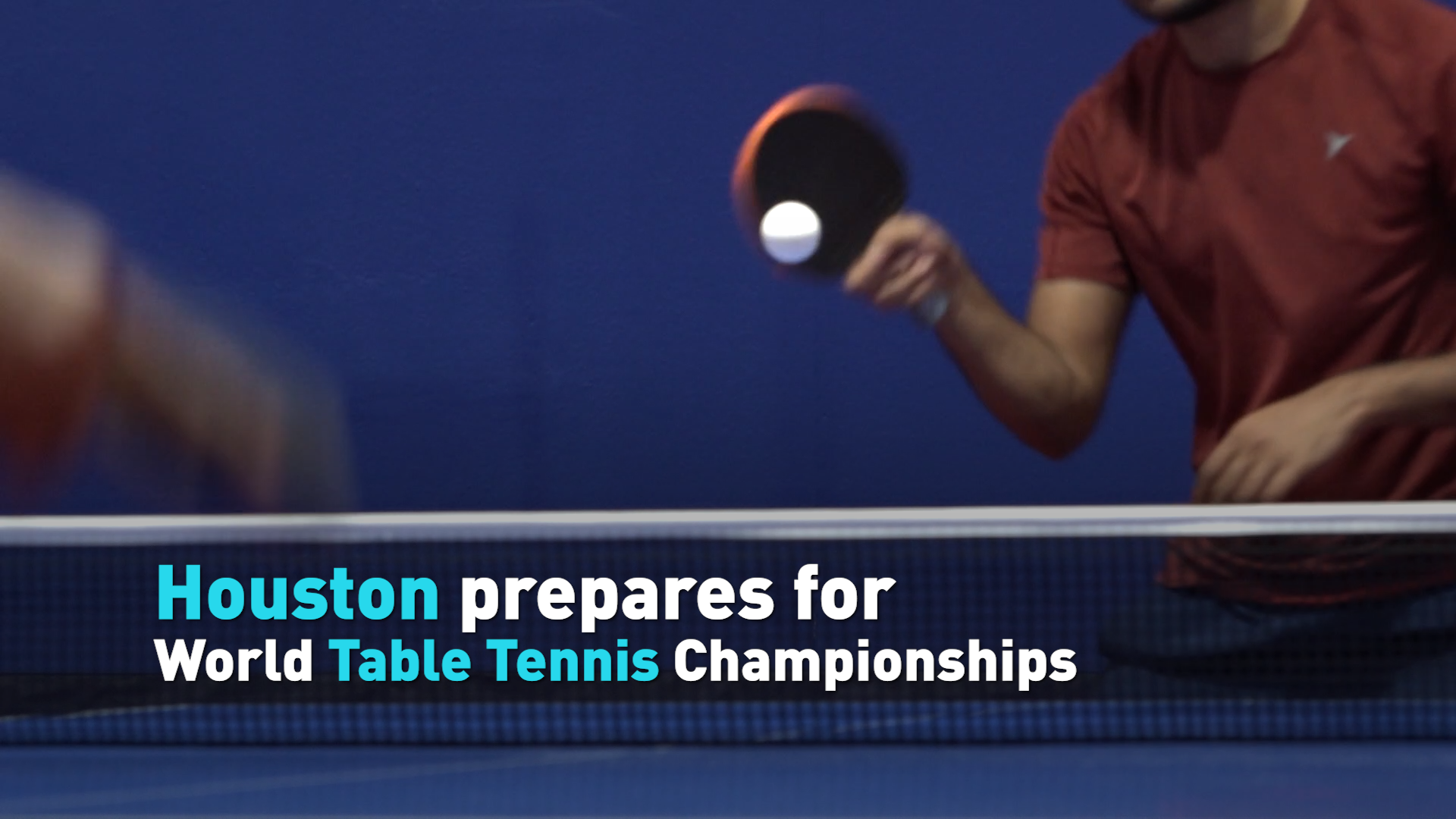 The countdown is on. The World Table Tennis Championships in Houston, Texas is less than a week away. It's the first time the games are being held in the United States – a nod to the 50th anniversary of Ping Pong Diplomacy. Teams are already starting to trickle in – including the Chinese team, which arrived in the city early Wednesday morning. CGTN's Toni Waterman got a behind-the-scenes look at how Houston is preparing for the ping pong extravaganza.