Download
The Art of the Party: "Spring in the Capital"
Special Series/CGTN 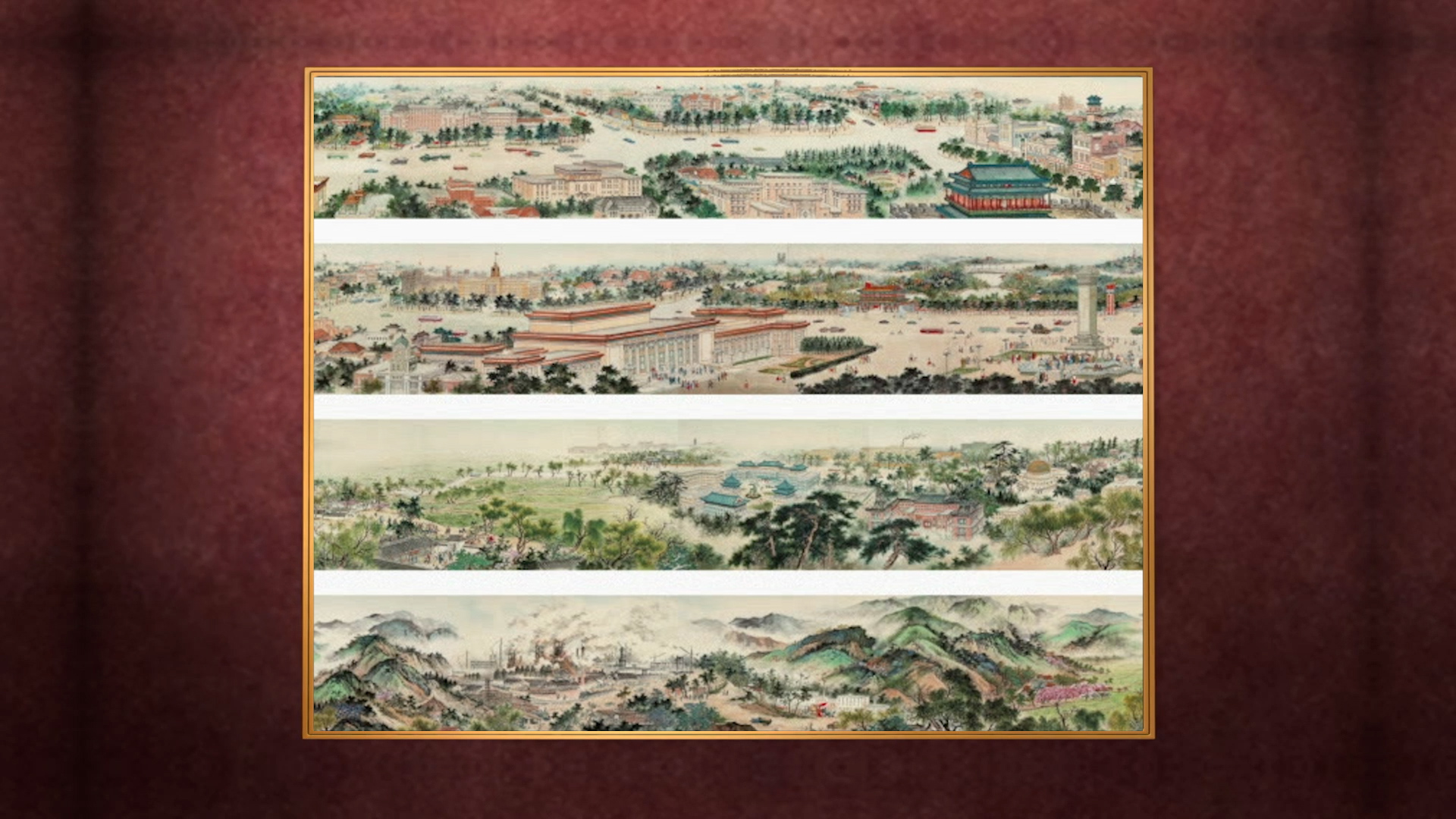 This 46-meter-long scroll painting was created by a group of Chinese artists in 1959 when the People's Republic of China celebrated its 10th anniversary.

Titled "Spring in the Capital," it depicts construction achievements and the prosperity of China's capital city Beijing over the 10 years.

Infrastructure in Beijing was aging and in poor condition in the 1950s, which greatly impacted the city's development and people's quality of life.

In 1958, China's central government decided to rebuild Beijing as a modern capital through a series of public construction projects.

The most challenging was the construction of "10 monumental buildings" including the Great Hall of the People, the National Museum of China, and the Beijing Railway Station.

These buildings were all constructed on a grand scale and completed in less than 10 months.

With limited budget, technology and construction experience, the project is seen as a miracle in global architectural history.

The Great Hall of the People was the core project.

Covering over 170,000 square meters, its largest meeting room can hold 10,000 people and its largest banquet hall can serve 5,000 guests.

About 300,000 workers were mobilized to build the hall, while about 200 companies from across the country produced equipment and building materials.

Experts call the success of the project an achievement of socialism and a reflection of the unity of the Chinese people.