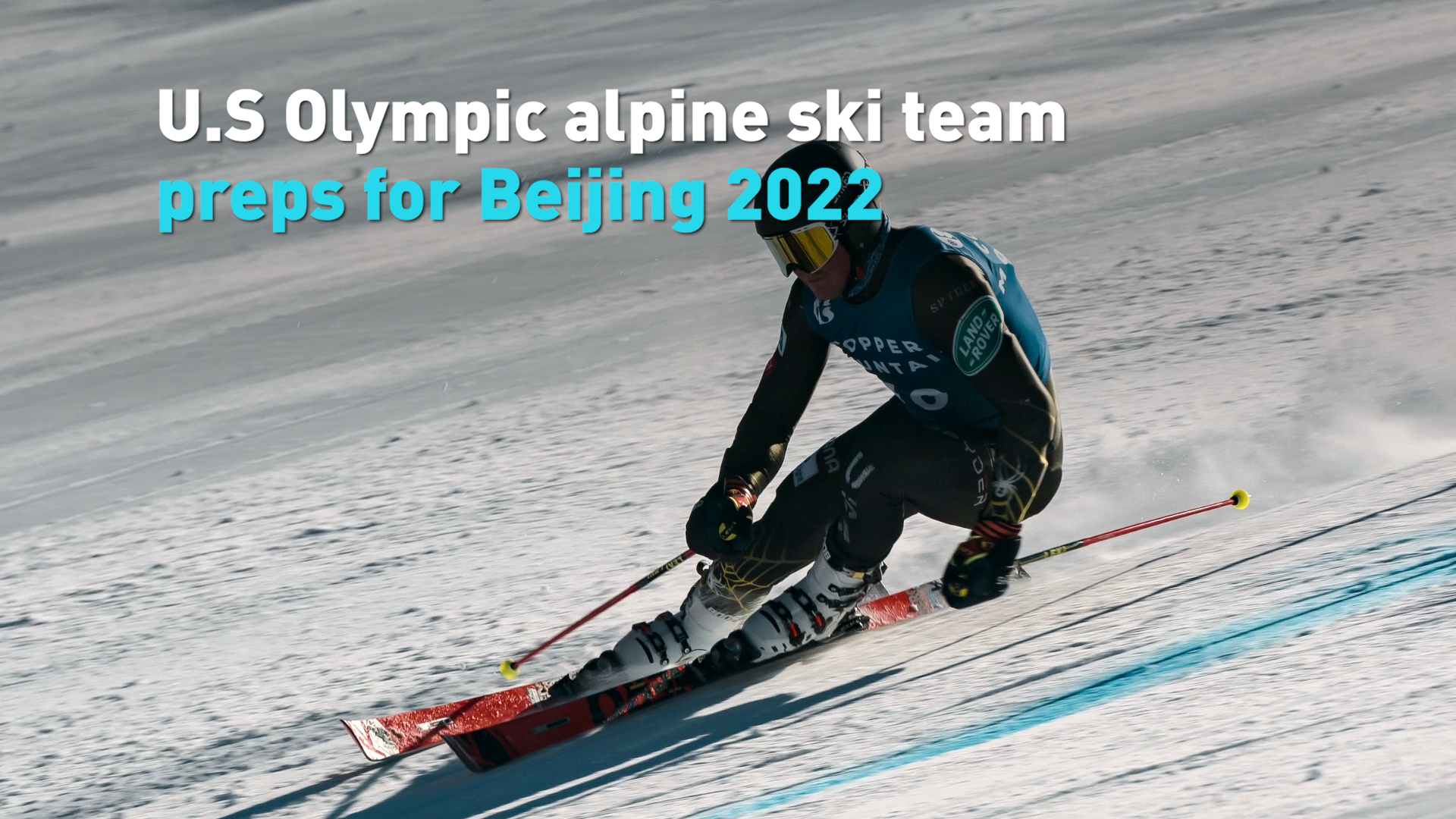 On a blustery day in Colorado, skiers hurtle down a hill at Copper Mountain. For the U.S. Alpine women's downhill team, the weather has cleared just in time.

"Well it's nice to see some winter finally. It's been a little too warm in Copper for November," said skier Bella Wright.

Wright is talking about a storm overnight that forced the cancellation of men's training earlier in the morning.

People often ask: "Don't you need snow to ski, but for us, skiing Super G and downhill, it's dangerous if there's too much snow," said Megan Harrod of the U.S. Alpine Ski Team.

This is some of the hard work that 44 team members put in each fall as they get ready for the World Cup season.

And a chance, every four years, at representing their country in the Winter Olympics.

"It's kind of been a beautiful thing getting back on skis again and getting back up to being comfortable going fast again," said Jimmy Krupka.

He broke his leg skiing in January, 2021, and is on the comeback trail.

"Preparation is everything... It's ultimately just a month-long block of kind of the most consistent training we're going to get all year," he said. "It's extremely demanding athletically…"

"Everybody's trying different things, different skis, different approach on the track, on the jumps," Cernigioj said. "So it takes time to get everything under control and to be connecting with the top of the world."

The top of the world in Alpine skiing will soon be going head-to-head in Beijing. As you might imagine, the Olympics are firmly in many skiers' sights.

To do well there, everything has to line up perfectly during that very short trip down the mountain.

"When you're going that fast the only thing you can do is be in the moment and completely and perfectly inside your own body. So it kind of demands that you rise to the occasion and those are the kind of mental states that we live for, Krupka said.

While navigating the variables of the sport, like weather.

That work begins here, out of the public spotlight.