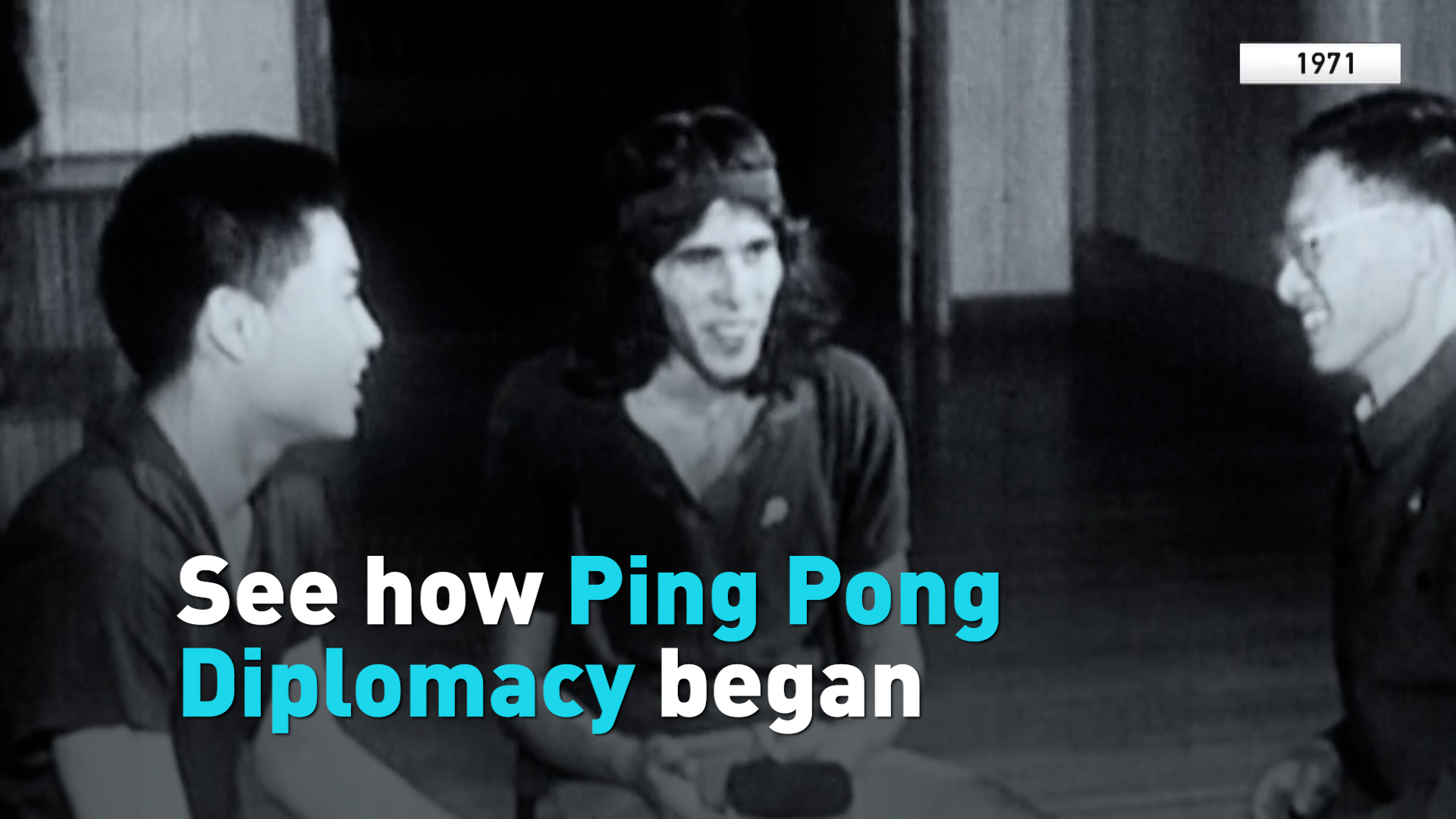 Even in his 70s, Liang Geliang practices ping-pong every day. For the former Chinese national team player and world champion, the sport is part of his life.

It all came to a head, with a legendary story 50 years ago.

Back in 1971, the China and the U.S. national teams had a chance encounter at the World Table Tennis Championship in Japan.

When commuting from the hotel to the stadium, an American player hopped on the wrong bus - one that carried the Chinese team.

After a period of embarrassing silence, senior team member Zhuang Zedong reached out to the unexpected guest.

Liang was sitting right next to 19-year-old Glenn Cowan, where he saw the icebreaker take place.

“We were both around a similar age, I was just a year or so older. When we got to the stadium, he was too shy to ask to play with Zhuang, so he turned to me,” Liang said.

The friendly exchange made the next day’s headlines worldwide, considering this was the height of the Cold War at the time.

Chinese leaders seized this opportunity by inviting the American team to China. The next year, the Chinese team paid a return visit to the United States.

“I am glad that I had this opportunity to experience the exchange,” said Liang, “it opened a gate for diplomacy and friendly relations between us all.

Liang believed table tennis can quickly shorten the distance between people. That’s why he is now committed to training and encouraging people to realize that ping-pong is a fun sport.

Five decades have passed, Liang and his American friends still stay connected. He attended events on almost every anniversary, even during the pandemic.

“We enjoyed meeting up, and our ping-pong diplomacy met the aspirations of the people within these two nations,” Liang said.